The sulfur depletion problem: upper limits on the H2S2, HS·2, and S2 gas-phase abundances toward the low-mass warm core IRAS 16293-2422

Context. A fraction of the missing sulfur in dense clouds and circumstellar regions could be in the form of three species not yet detected in the interstellar medium: H2S2, HS.2, and S2 according to experimental simulations performed under astrophysically relevant conditions. These S-S bonded molecules can be formed by the energetic processing of H2S-bearing ice mantles on dust grains, and subsequently desorb to the gas phase.
Aims: The detection of these species could partially solve the sulfur depletion problem, and would help to improve our knowledge of the poorly known chemistry of sulfur in the interstellar medium. To this purpose we calculated the frequencies and expected intensities of the rotational transitions not previously reported, and performed dedicated ground-based observations toward the low-mass warm core IRAS 16293-2422, a region with one of the highest measured gas-phase H2S abundances.
Methods: Observations in the submillimeter regime were obtained with the APEX 12 m telescope during 15 h of observation. A total of ~16 GHz were covered in a range of about 100 GHz, targeting a wide selection of the predicted rotational transitions of the three molecules.
Results: The 1σ noise rms values were extracted in the spectral regions where the targeted species should have been detected. These values were a factor of 2-7 lower than those reached by previous observations toward the same source, and allowed us to estimate a 1σ upper limit to their molecular abundances of ≤8.1 × 10-9, ≤ 1.1 × 10-8, and ≤ 2.9 × 10-7 relative to H2, for H2S 2 , HS.2, and S2, respectively.
Conclusions: The upper limit abundances of the three molecules containing the S2 unit are up to two orders of magnitude lower than the H2S abundance in the source, and one order of magnitude lower than the expected abundances from the experimental simulations using ice analogs. Subsequent gas-phase chemistry after desorption could lower the abundances of the three species to undetectable levels in our observations. 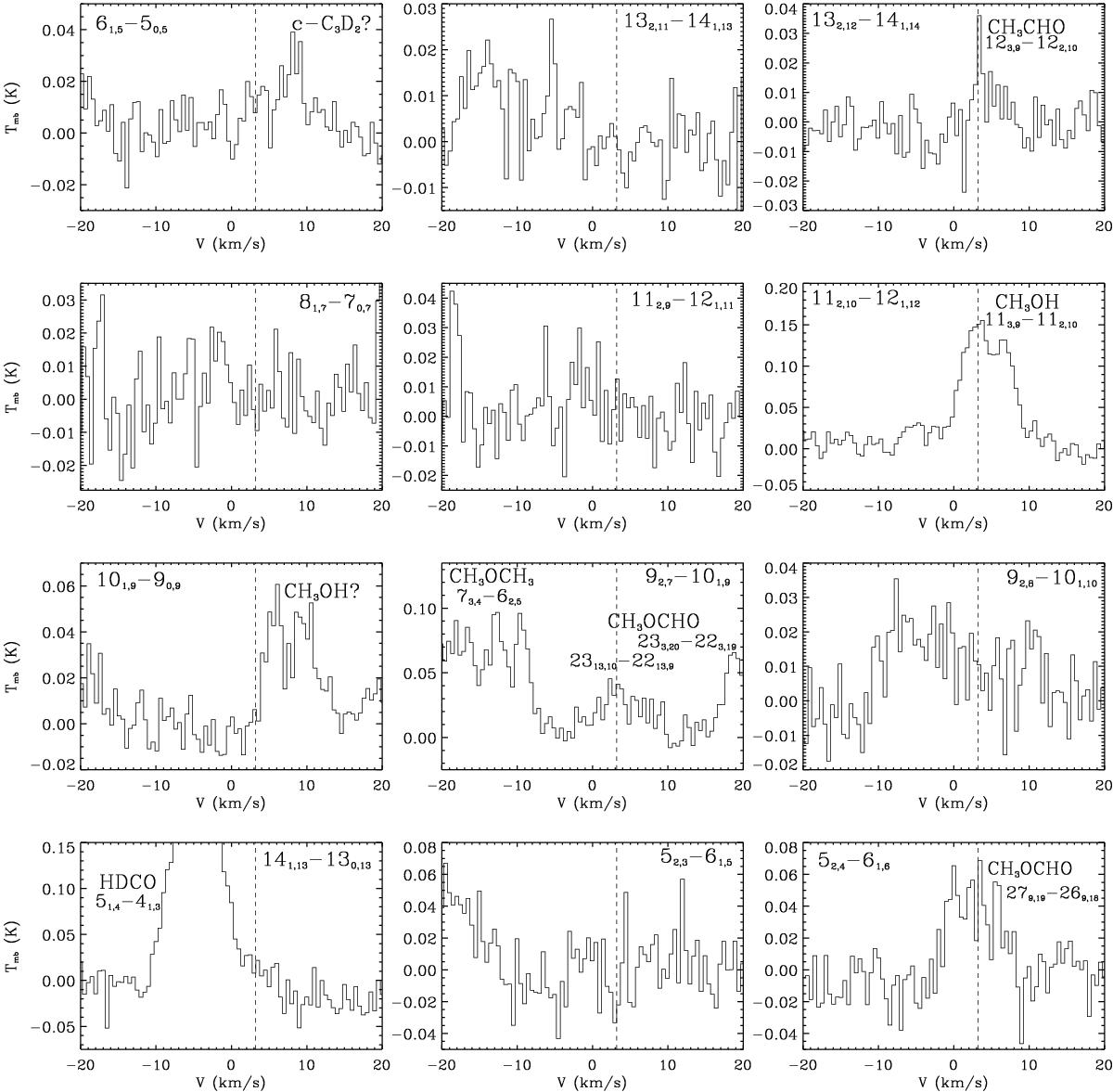