Context. Two distinct halo populations were found in the solar neighborhood by a series of works. They can be clearly separated by [α/Fe] and several other elemental abundance ratios including [Cu/Fe]. Very recently, a non-local thermodynamic equilibrium (non-LTE) study revealed that relatively large departures exist between LTE and non-LTE results in copper abundance analysis. The study also showed that non-LTE effects of neutral copper vary with stellar parameters and thus affect the [Cu/Fe] trend.
Aims: We aim to derive the copper abundances for the stars from the sample of Nissen & Schuster (2010) with both LTE and non-LTE calculations. Based on our results, we study the non-LTE effects of copper and investigate whether the high-α population can still be distinguished from the low-α population in the non-LTE [Cu/Fe] results.
Methods: Our differential abundance ratios are derived from the high-resolution spectra collected from VLT/UVES and NOT/FIES spectrographs. Applying the MAFAGS opacity sampling atmospheric models and spectrum synthesis method, we derive the non-LTE copper abundances based on the new atomic model with current atomic data obtained from both laboratory and theoretical calculations.
Results: The copper abundances determined from non-LTE calculations are increased by 0.01 to 0.2 dex depending on the stellar parameters compared with the LTE results. The non-LTE [Cu/Fe] trend is much flatter than the LTE one in the metallicity range -1.6 < [ Fe / H ] < -0.8. Taking non-LTE effects into consideration, the high- and low-α stars still show distinguishable copper abundances, which appear even more clear in a diagram of non-LTE [Cu/Fe] versus [Fe/H].
Conclusions: The non-LTE effects are strong for copper, especially in metal-poor stars. Our results confirmed that there are two distinct halo populations in the solar neighborhood. The dichotomy in copper abundance is a peculiar feature of each population, suggesting that they formed in different environments and evolved obeying diverse scenarios. 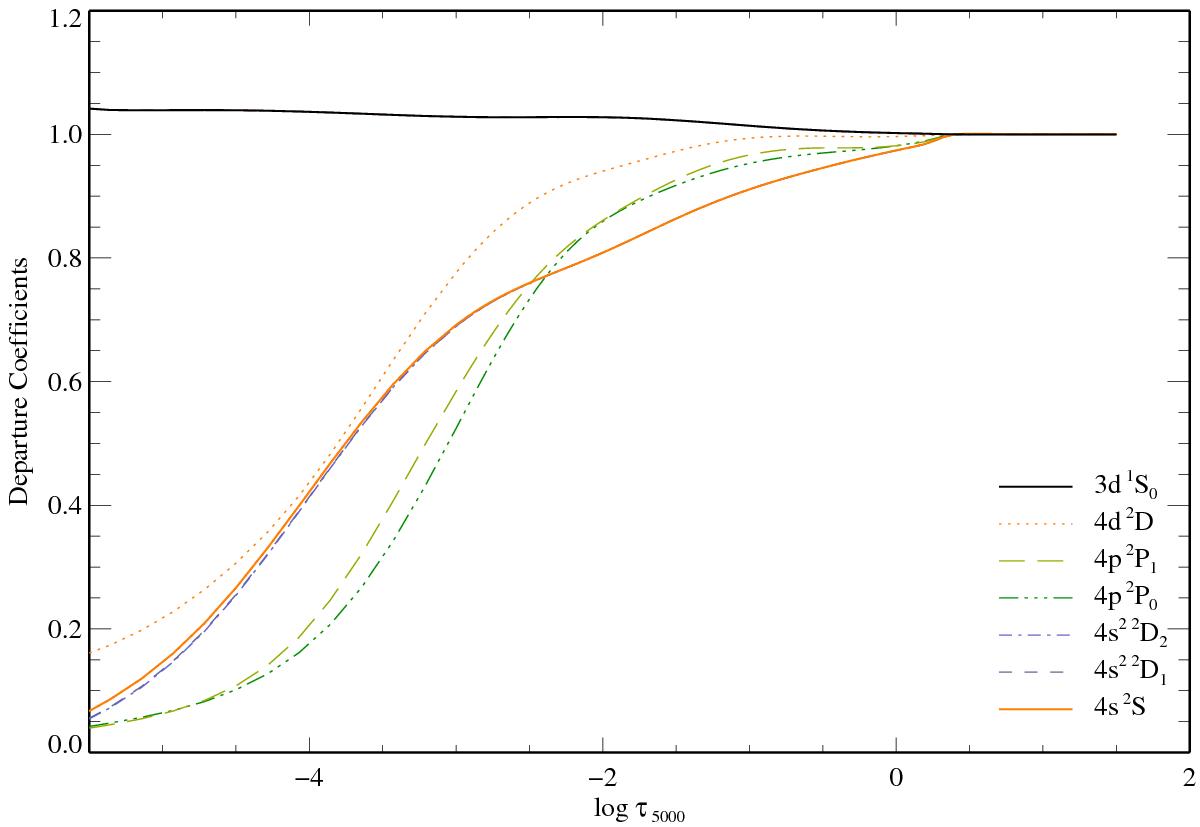