Context. Near-infrared (NIR) extinction remains one of the most reliable methods of measuring the column density of dense interstellar clouds. Extinction can be estimated using the reddening of the light of background stars. Several methods exist (e.g., NICE, NICER, NICEST, GNICER) to combine observations of several NIR bands into extinction maps.
Aims: We present a new method of estimating extinction based on NIR multiband observations and examine its performance.
Methods: Our basic method uses a discretised version of the distribution of intrinsic stellar colours directly. The extinction of individual stars and the average over a resolution element are estimated with Markov chain Monte Carlo (MCMC) methods. Several variations of the basic method are tested, and the results are compared to NICER calculations.
Results: In idealised settings or when photometric errors are large, the results of the new method are very close to those of NICER. Clear advantages can be seen when the distribution of intrinsic colours cannot be described well with a single covariance matrix. The MCMC framework makes it easy to consider additional effects such as those of completeness limits and contamination by galaxies or foreground stars. A priori information about relative column density variations at sub-beam scales can result in a significant increase in accuracy. For observations of high photometric precision, the results could be further improved by considering the magnitude dependence of the intrinsic colours.
Conclusions: The MCMC computations are time-consuming, but the calculation of large extinction maps is already practical. The same methods can be used with direct optimisation, with significantly less computational work. Faster methods, like NICER, perform very well in many cases even when the basic assumptions no longer hold. The new methods are useful mostly when photometric errors are small, the distribution of intrinsic colours is well known, or one has prior knowledge of the small-scale structures. 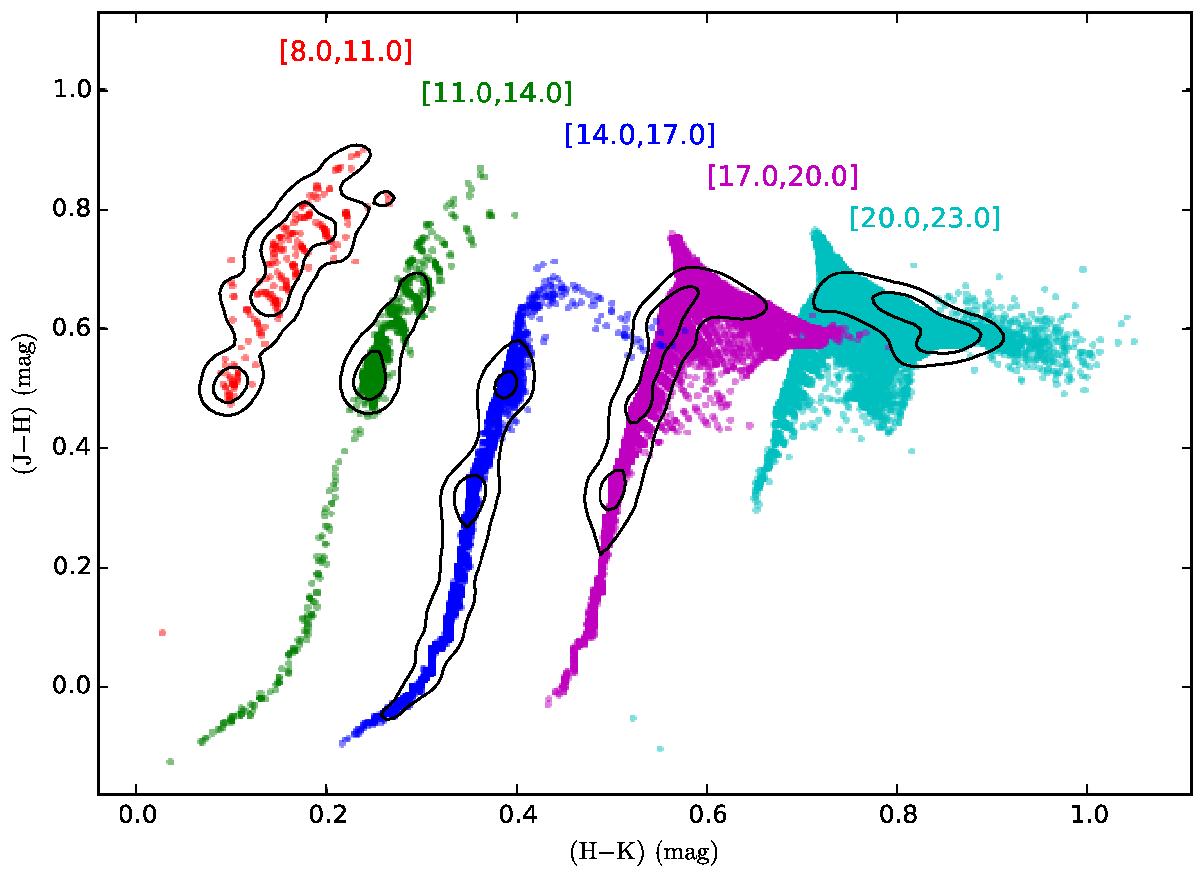