Aims: The present work is the first in a series of articles that develop a new proxy to represent the evolution of magnetic activity in past solar cycles by combining the information from historical Ca II K line spectroheliograms and sunspot magnetic field measurements.
Methods: We use synoptic (Carrington) maps from 1915-1985 that were derived from daily Ca K line observations at Mount Wilson Observatory to identify the chromospheric plages and to create synoptic pseudo-magnetograms. We use historical observations of sunspot magnetic fields from 1917 to the present to assign polarity to pixels situated within plages. The original Ca K spectroheliograms are nonuniform in their brightness, and we develop a novel approach to re-normalize their intensities.
Results: We show that a homogeneous long-term series of pseudo-magnetograms can be successfully constructed by combining sunspot field measurements and plages with renormalized intensities. In our tests, about 80% of pixels situated within plages showed the same magnetic polarity as the synoptic magnetograms taken with the Kitt Peak Vacuum Telescope. Finally, we discuss possible approaches to further improve the agreement between observed and pseudo-magnetograms. 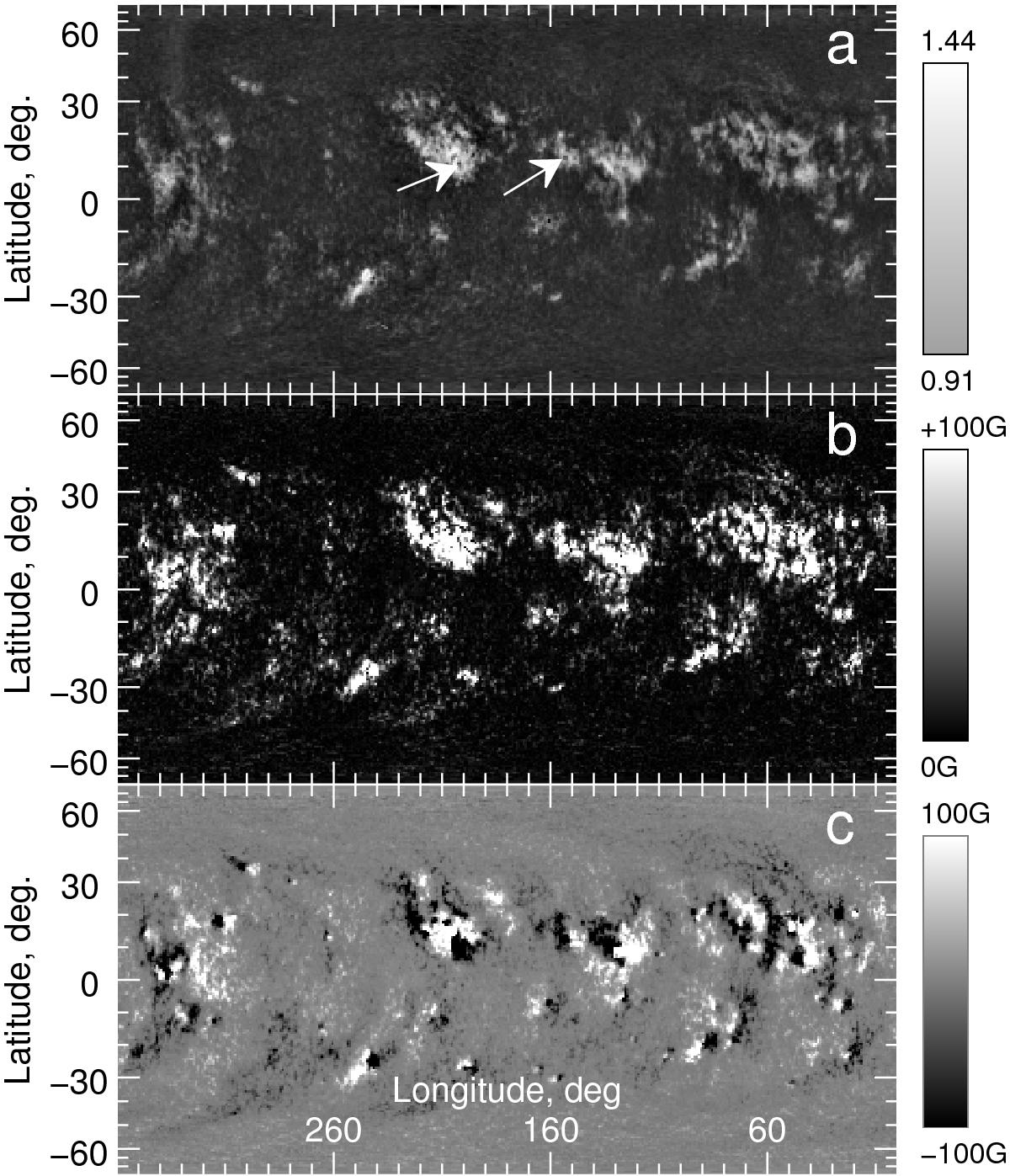