Outer-halo globular clusters show large half-light radii and flat stellar mass functions, depleted in low-mass stars. Using N-body simulations of globular clusters on eccentric orbits within a Milky Way-like potential, we show how a cluster's half-mass radius and its mass function develop over time. The slope of the central mass function flattens proportionally to the amount of mass a cluster has lost, and the half-mass radius grows to a size proportional to the average strength of the tidal field. The main driver of these processes is mass segregation of dark remnants. We conclude that the extended, depleted clusters observed in the Milky Way must have had small half-mass radii in the past, and that they expanded due to the weak tidal field they spend most of their lifetime in. Moreover, their mass functions must have been steeper in the past but flattened significantly as a cause of mass segregation and tidal mass loss. 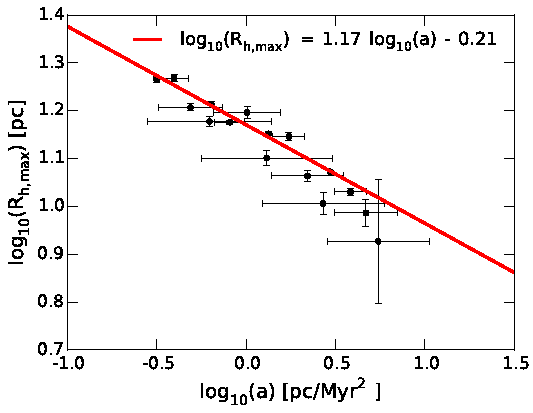