While the chemical abudances observed in bright planetary nebulae in local spiral galaxies are less varied than their counterparts in dwarfs, they provide new insight. Their helium abundances are typically enriched by less than 50\% compared to the primordial abundance. Nitrogen abundances always show some level of secondary enrichment, but the absolute enrichment is not extreme. In particular, type I PNe are rare among the bright PNe in local spirals. The oxygen and neon abundances are very well correlated and follow the relation between these abundances observed in star-forming galaxies, implying that either the progenitor stars of these PNe modify neither abundance substantially or that they modify both to maintain the ratio (not predicted by theory). According to theory, these results imply that the progenitor stars of bright PNe in local spirals have masses of about $2\,\mathrm M_{\odot}$ or less. If so, the progenitors of these PNe have substantial lifetimes that allow us to use them to study the recent history of their host galaxies, including gravitational interactions with their neighbours. Areas that require further study include the systematic differences observed between spectroscopy obtained through slits and fibres, the uncertainties assigned to chemical abundances, including effects due to ionization correction factors, and the physics that gives rise to the PN luminosity function. Indeed, so long as we lack an understanding of how the last arises, our ability to use bright PNe as probes to understand the evolution of their host galaxies will remain limited. 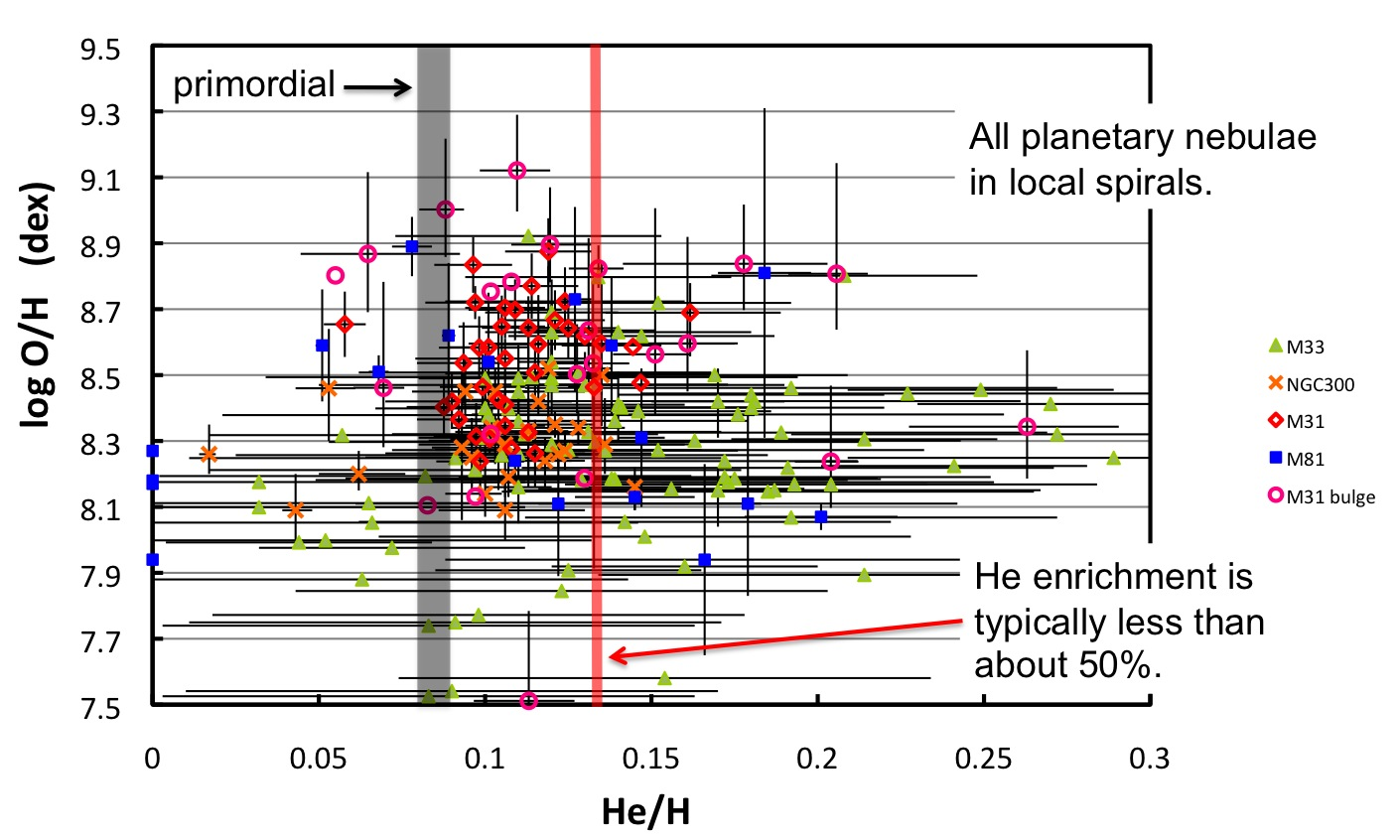