We present results from a comprehensive lensing analysis in Hubble Space Telescope (HST) data of the complete Cluster Lensing And Supernova survey with Hubble cluster sample. We identify previously undiscovered multiple images, allowing improved or first constraints on the cluster inner mass distributions and profiles. We combine these strong lensing constraints with weak lensing shape measurements within the HST field of view (FOV) to jointly constrain the mass distributions. The analysis is performed in two different common parameterizations (one adopts light-traces-mass for both galaxies and dark matter while the other adopts an analytical, elliptical Navarro-Frenk-White form for the dark matter) to provide a better assessment of the underlying systematics—which is most important for deep, cluster-lensing surveys, especially when studying magnified high-redshift objects. We find that the typical (median), relative systematic differences throughout the central FOV are ~40% in the (dimensionless) mass density, κ, and ~20% in the magnification, μ. We show maps of these differences for each cluster, as well as the mass distributions, critical curves, and two-dimensional (2D)-integrated mass profiles. For the Einstein radii (zs = 2) we find that all typically agree within 10% between the two models, and Einstein masses agree, typically, within ~15%. At larger radii, the total projected, 2D-integrated mass profiles of the two models, within r ~ 2', differ by ~30%. Stacking the surface-density profiles of the sample from the two methods together, we obtain an average slope of dlog (Σ)/dlog (r) ~ -0.64 ± 0.1, in the radial range [5350] kpc. Last, we also characterize the behavior of the average magnification, surface density, and shear differences between the two models as a function of both the radius from the center and the best-fit values of these quantities. All mass models and magnification maps are made publicly available for the community. 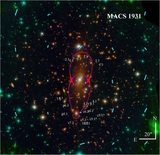