We present high-resolution rotation curves and mass models of 26 dwarf galaxies from “Local Irregulars That Trace Luminosity Extremes, The H i Nearby Galaxy Survey” (LITTLE THINGS). LITTLE THINGS is a high-resolution (∼6″ angular; <2.6 km s-1 velocity resolution) Very Large Array H i survey for nearby dwarf galaxies in the local volume within 11 Mpc. The high-resolution H i observations enable us to derive reliable rotation curves of the sample galaxies in a homogeneous and consistent manner. The rotation curves are then combined with Spitzer archival 3.6 μm and ancillary optical U, B, and V images to construct mass models of the galaxies. This high quality multi-wavelength data set significantly reduces observational uncertainties and thus allows us to examine the mass distribution in the galaxies in detail. We decompose the rotation curves in terms of the dynamical contributions by baryons and dark matter (DM) halos, and compare the latter with those of dwarf galaxies from THINGS as well as ΛCDM Smoothed Particle Hydrodynamic (SPH) simulations in which the effect of baryonic feedback processes is included. Being generally consistent with THINGS and simulated dwarf galaxies, most of the LITTLE THINGS sample galaxies show a linear increase of the rotation curve in their inner regions, which gives shallower logarithmic inner slopes α of their DM density profiles. The mean value of the slopes of the 26 LITTLE THINGS dwarf galaxies is α =-0.32+/- 0.24 which is in accordance with the previous results found for low surface brightness galaxies (α =-0.2+/- 0.2) as well as the seven THINGS dwarf galaxies (α =-0.29+/- 0.07). However, this significantly deviates from the cusp-like DM distribution predicted by DM-only ΛCDM simulations. Instead our results are more in line with the shallower slopes found in the ΛCDM SPH simulations of dwarf galaxies in which the effect of baryonic feedback processes is included. In addition, we discuss the central DM distribution of DDO 210 whose stellar mass is relatively low in our sample to examine the scenario of inefficient supernova feedback in low mass dwarf galaxies predicted from recent ΛCDM SPH simulations of dwarf galaxies where central cusps still remain. 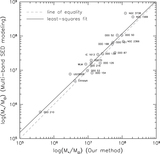