Large dust grains in the wind of VY Canis Majoris

Massive stars live short lives, losing large amounts of mass through their stellar wind. Their mass is a key factor determining how and when they explode as supernovae, enriching the interstellar medium with heavy elements and dust. During the red supergiant phase, mass-loss rates increase prodigiously, but the driving mechanism has proven elusive. Here we present high-contrast optical polarimetric-imaging observations of the extreme red supergiant VY Canis Majoris and its clumpy, dusty, mass-loss envelope, using the new extreme-adaptive-optics instrument SPHERE at the VLT. These observations allow us to make the first direct and unambiguous detection of submicron dust grains in the ejecta; we derive an average grain radius ~0.5 μm, 50 times larger than in the diffuse ISM, large enough to receive significant radiation pressure by photon scattering. We find evidence for varying grain sizes throughout the ejecta, highlighting the dynamical nature of the envelope. Grains with 0.5 μm sizes are likely to reach a safe distance from the eventual explosion of VY Canis Majoris; hence it may inject upwards of 10-2 M⊙ of dust into the ISM.

Based on observations made with European Southern Observatory (ESO) telescopes at the La Silla Paranal Observatory under program 60.A-9368(A).Appendix A is available in electronic form at http://www.aanda.org 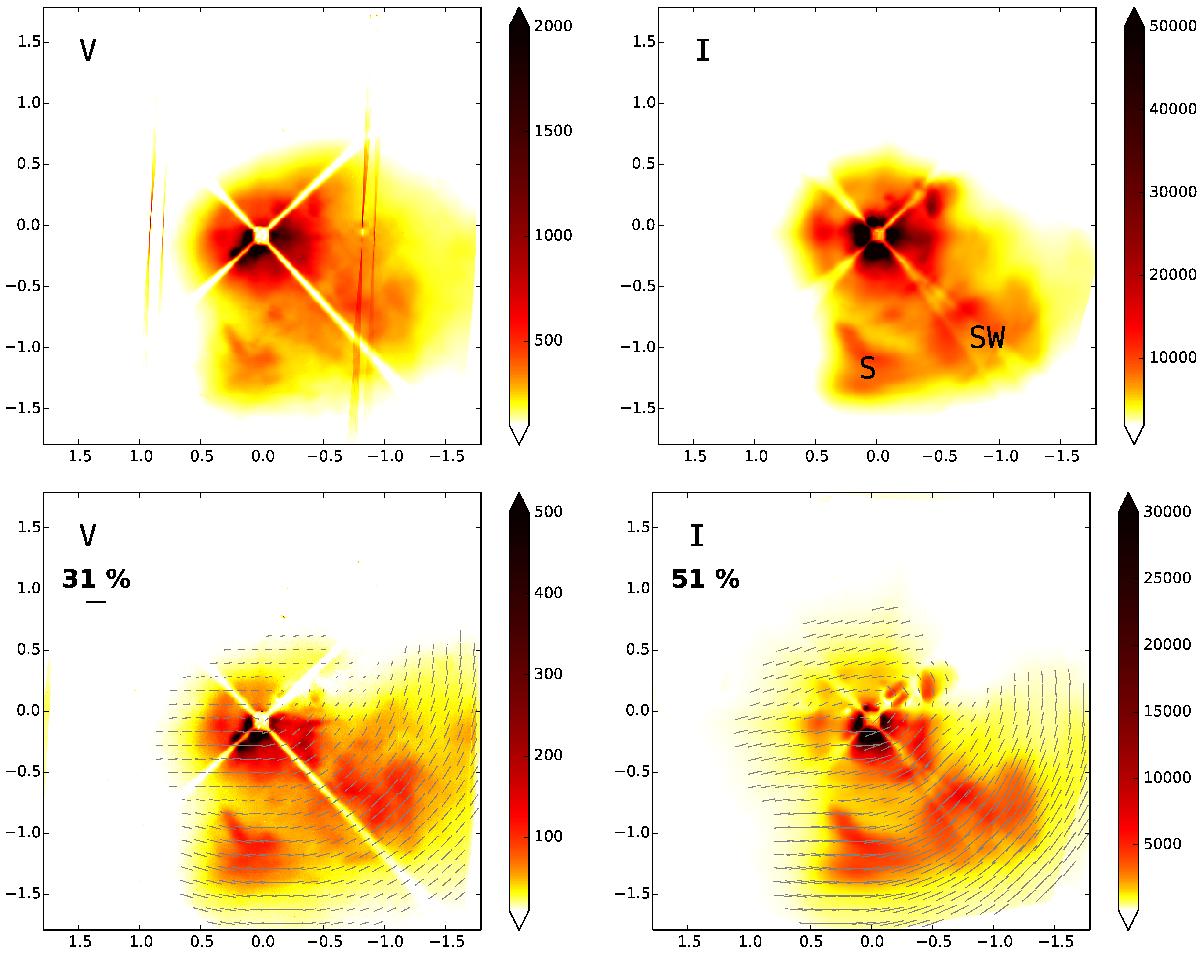