Modelling the internal structure of Ceres: Coupling of accretion with compaction by creep and implications for the water-rock differentiation


Aims: We model the compaction of a Ceres-like body that accretes from the protoplanetary dust as a porous aggregate. To do this, we use a comprehensive numerical model in which the accretion starts with a km-size seed and the final radius reaches ≈500 km. Our goal is to investigate the interplay of accretion and loss of porosity by hot pressing. We draw conclusions for the evolution of the porosity profile and the present-day porosity distribution on Ceres. In particular, we test the hypothesis that Ceres' low density can be explained by a porous interior instead of by the presence of ice, and whether compaction occurs due to creep or due to dehydration of hydrated minerals.
Methods: We extended our thermal evolution model from previous studies to model compaction of an accreting asteroid that is initially porous. We considered two different compositions of Ceres suggested by other workers. The porosity change was calculated according to the thermally activated creep flow. Depending on the composition, parameters relevant for compaction were changed self-consistently with the mineral phases.
Results: We find that compaction of initially porous Ceres is dominated by creep and only slightly perturbed by the dehydration. In particular, dehydration alone cannot lead to compaction because creep can occur before the dehydration. Depending on the accretion duration, timing of the compaction varies from between a few million years and more than one billion years. Thereby, late accretion cannot prevent compaction to an average porosity of <2.5%. We provide the evolution as well as the present-day porosity and temperature profiles for Ceres. The temperature allows for the existence of liquid water in the interior of Ceres at a depths of ≥5-33 km. Depending on the composition, either iron melt is produced regardless of the accretion timing or only for an accretion within the first 4 Ma relative to calcium-aluminium-rich inclusions. This argues for a small metallic core. 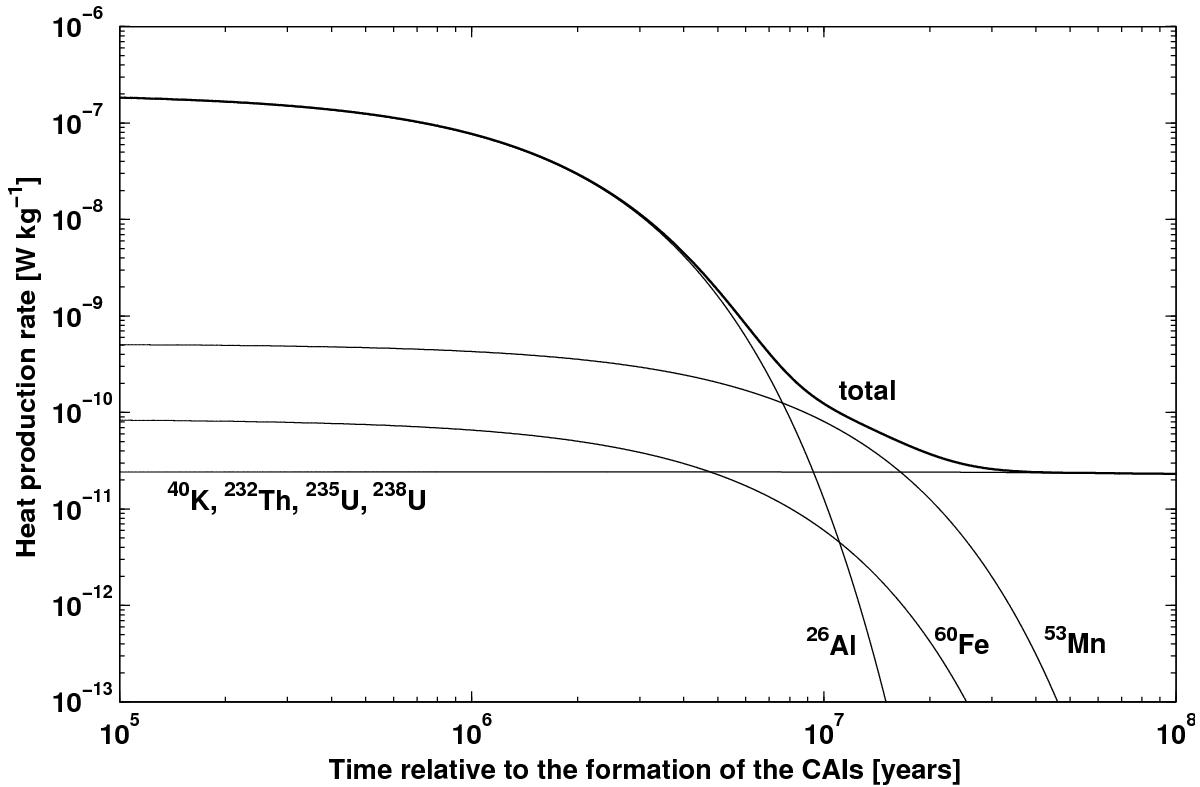