Context. Several large structures, including the Sloan Great Wall, the Huge Large Quasar Group, and a large gamma-ray burst cluster referred to as the Hercules-Corona Borealis Great Wall, appear to exceed the maximum structural size predicted by Universal inflationary models. The existence of very large structures such as these might necessitate cosmological model modifications.
Aims: Gamma-ray bursts are the most luminous sources found in nature. They are associated with the stellar endpoints of massive stars and are found in and near distant galaxies. Since they are viable indicators of the dense part of the Universe containing normal matter, the spatial distribution of gamma-ray bursts can serve as tracers of Universal large-scale structure.
Methods: An increased sample size of gamma-ray bursts with known redshift provides us with the opportunity to validate or invalidate the existence of the Hercules-Corona Borealis Great Wall. Nearest-neighbour tests are used to search the larger sample for evidence of clustering and a bootstrap point-radius method is used to estimate the angular cluster size. The potential influence of angular sampling biasing is studied to determine the viability of the results.
Results: The larger gamma-ray burst database further supports the existence of a statistically significant gamma-ray burst cluster at 1.6 ≤ z < 2.1 with an estimated angular size of 2000-3000 Mpc.
Conclusions: Although small number statistics limit our angular resolution and do not rule out the existence of adjacent and/or line-of-sight smaller structures, these structures must still clump together in order for us to see the large gamma-ray burst cluster detected here. This cluster provides support for the existence of very large-scale universal heterogeneities. 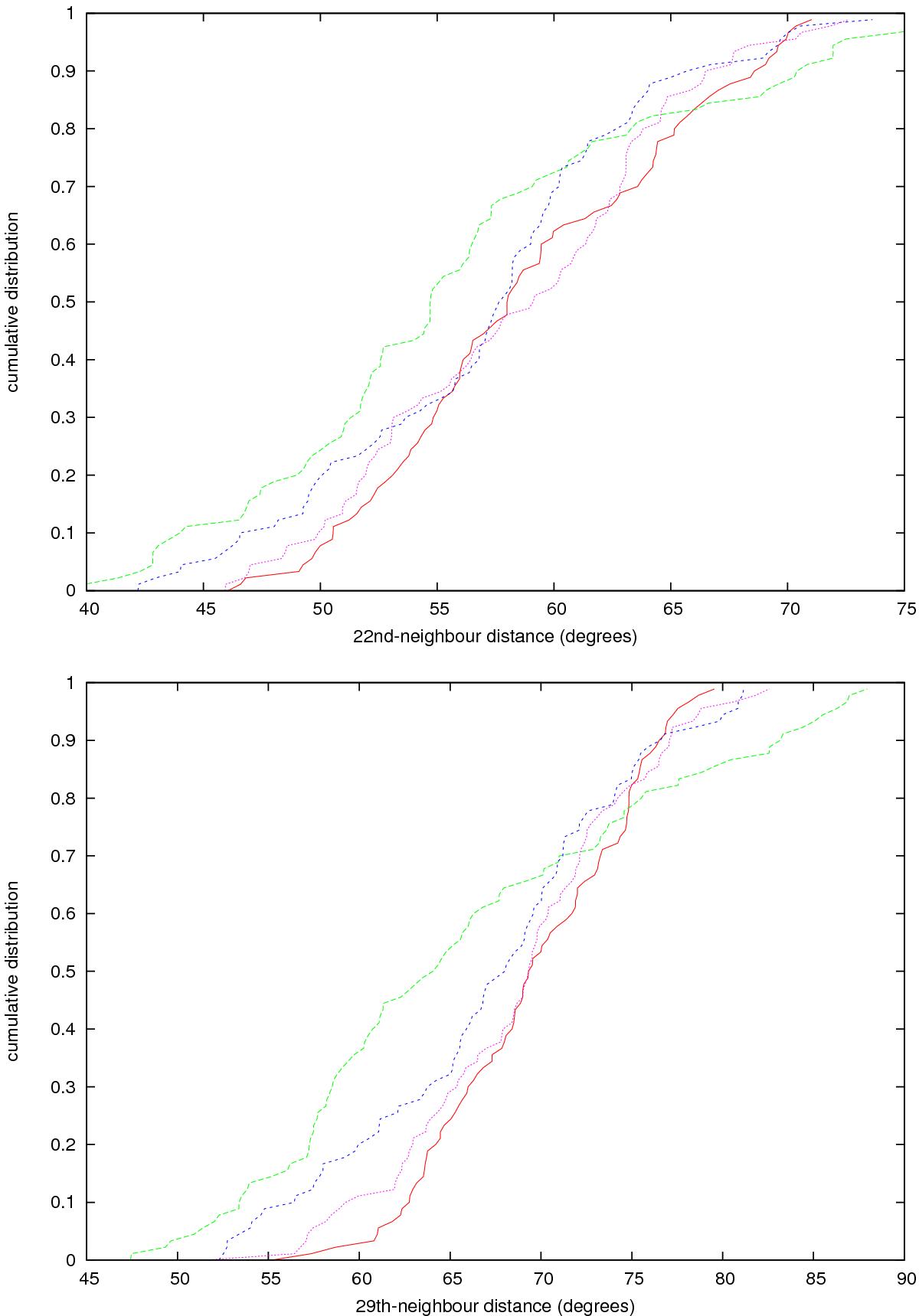