Cosmography of OB stars in the solar neighbourhood

We construct a 3D map of the spatial density of OB stars within 500 pc from the Sun using the Hipparcos catalogue and find three large-scale stream-like structures that allow a new view on the solar neighbourhood. The spatial coherence of these blue streams and the monotonic age sequence over hundreds of parsecs suggest that they are made of young stars, similar to the young streams that are conspicuous in nearby spiral galaxies. The three streams are 1) the Scorpius to Canis Majoris stream, covering 350 pc and 65 Myr of star formation history; 2) the Vela stream, encompassing at least 150 pc and 25 Myr of star formation history; and 3) the Orion stream, including not only the well-known Orion OB1abcd associations, but also a large previously unreported foreground stellar group lying only 200 pc from the Sun. The map also reveals a remarkable and previously unknown nearby OB association, between the Orion stream and the Taurus molecular clouds, which might be responsible for the observed structure and star formation activity in this cloud complex. This new association also appears to be the birthplace of Betelgeuse, as indicated by the proximity and velocity of the red giant. If this is confirmed, it would solve the long-standing puzzle of the origin of Betelgeuse. The well-known nearby star-forming low-mass clouds, including the nearby T and R associations Lupus, Cha, Oph, CrA, Taurus, Vela R1, and various low-mass cometary clouds in Vela and Orion, appear in this new view of the local neighbourhood to be secondary star formation episodes that most likely were triggered by the feedback from the massive stars in the streams. We also recover well-known star clusters of various ages that are currently cruising through the solar neighbourhood. Finally, we find no evidence of an elliptical structure such as the Gould belt, a structure we suggest is a 2D projection effect, and not a physical ring.

Table 3 is available in elctronic form at http://www.aanda.org 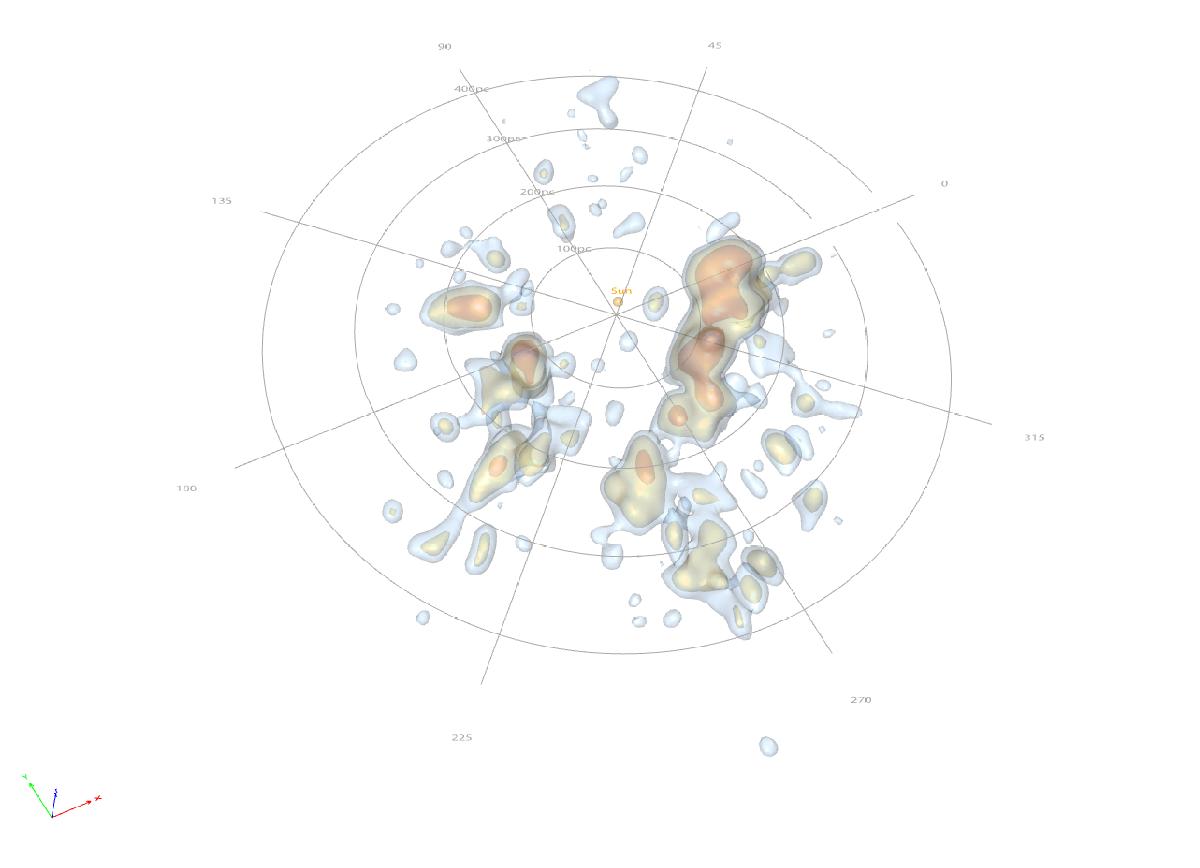