Context. The impulsive phase of solar flares is a time of rapid energy deposition and heating in the lower solar atmosphere, leading to changes in the temperature and density structure of the region.
Aims: We use an O v density diagnostic formed from the λ192 /λ248 line ratio, provided by the Hinode/EIS instrument, to determine the density of flare footpoint plasma at O v formation temperatures of ~2.5 × 105 K, giving a constraint on the properties of the heated transition region.
Methods: Hinode/EIS rasters from 2 small flare events in December 2007 were used. Raster images were co-aligned to identify and establish the footpoint pixels, multiple-component Gaussian line fitting of the spectra was carried out to isolate the density diagnostic pair, and the density was calculated for several footpoint areas. The assumptions of equilibrium ionisation and optically-thin radiation for the O v lines used were assessed and found to be acceptable. For one of the events, properties of the electron distribution were deduced from earlier RHESSI hard X-ray observations. These were used to calculate the plasma heating rate delivered by an electron beam for 2 semi-empirical atmospheres under collisional thick-target assumptions. The radiative loss rate for this plasma was also calculated for comparison with possible energy input mechanisms.
Results: Electron number densities of up to 1011.9 cm-3 were measured during the flare impulsive phase using the O v λ192 /λ248 diagnostic ratio. The heating rate delivered by an electron beam was found to exceed the radiative losses at this density, corresponding to a height of 450 km, and when assuming a completely ionised target atmosphere far exceed the losses but at a height of 1450-1600 km. A chromospheric thickness of 70-700 km was found to be required to balance a conductive input to the O v-emitting region with radiative losses.
Conclusions: Electron densities have been observed in footpoint sources at transition region temperatures, comparable to previous results but with improved spatial information. The observed densities can be explained by heating of the chromosphere by collisional electrons, with O v formed at heights of 450-1600 km above the photosphere, depending on the atmospheric ionisation fraction. 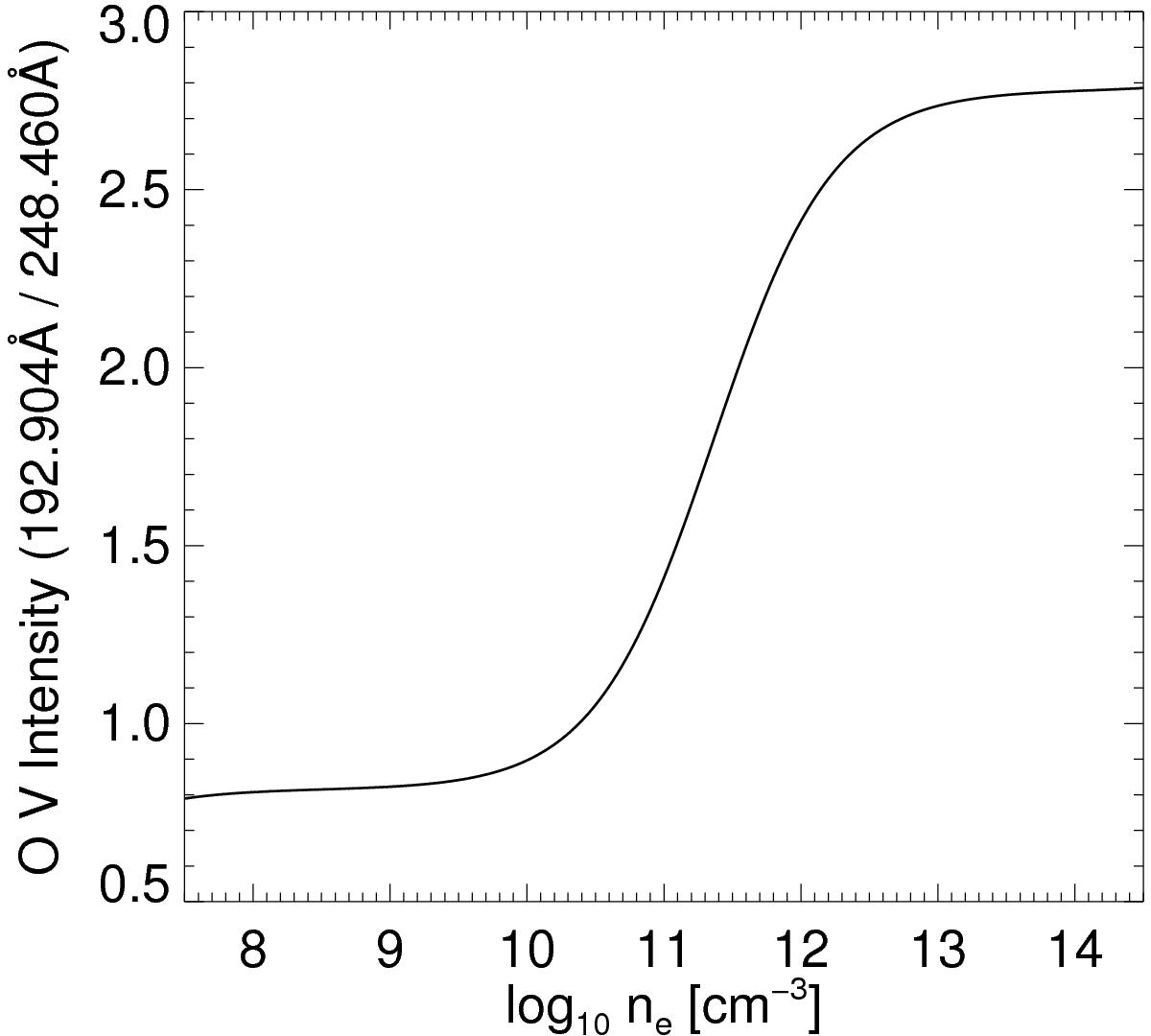