Context. The detection of trends or gradients in the transmission spectrum of extrasolar planets is possible with observations at very low spectral resolution. Transit measurements of sufficient accuracy using selected broad-band filters allow for an initial characterization of the atmosphere of the planet.
Aims: We want to investigate the atmosphere of the hot Jupiter HAT-P-12b for an increased absorption at the very blue wavelength regions caused by scattering. Furthermore, we aim for a refinement of the transit parameters and the orbital ephemeris.
Methods: We obtained time series photometry of 20 transit events and analyzed them homogeneously, along with eight light curves obtained from the literature. In total, the light curves span a range from 0.35 to 1.25 microns. During two observing seasons over four months each, we monitored the host star to constrain the potential influence of starspots on the derived transit parameters.
Results: We rule out the presence of a Rayleigh slope extending over the entire optical wavelength range, a flat spectrum is favored for HAT-P-12b with respect to a cloud-free atmosphere model spectrum. A potential cause of such gray absorption is the presence of a cloud layer at the probed latitudes. Furthermore, in this work we refine the transit parameters, the ephemeris and perform a TTV analysis in which we found no indication for an unseen companion. The host star showed a mild non-periodic variability of up to 1%. However, no stellar rotation period could be detected to high confidence. 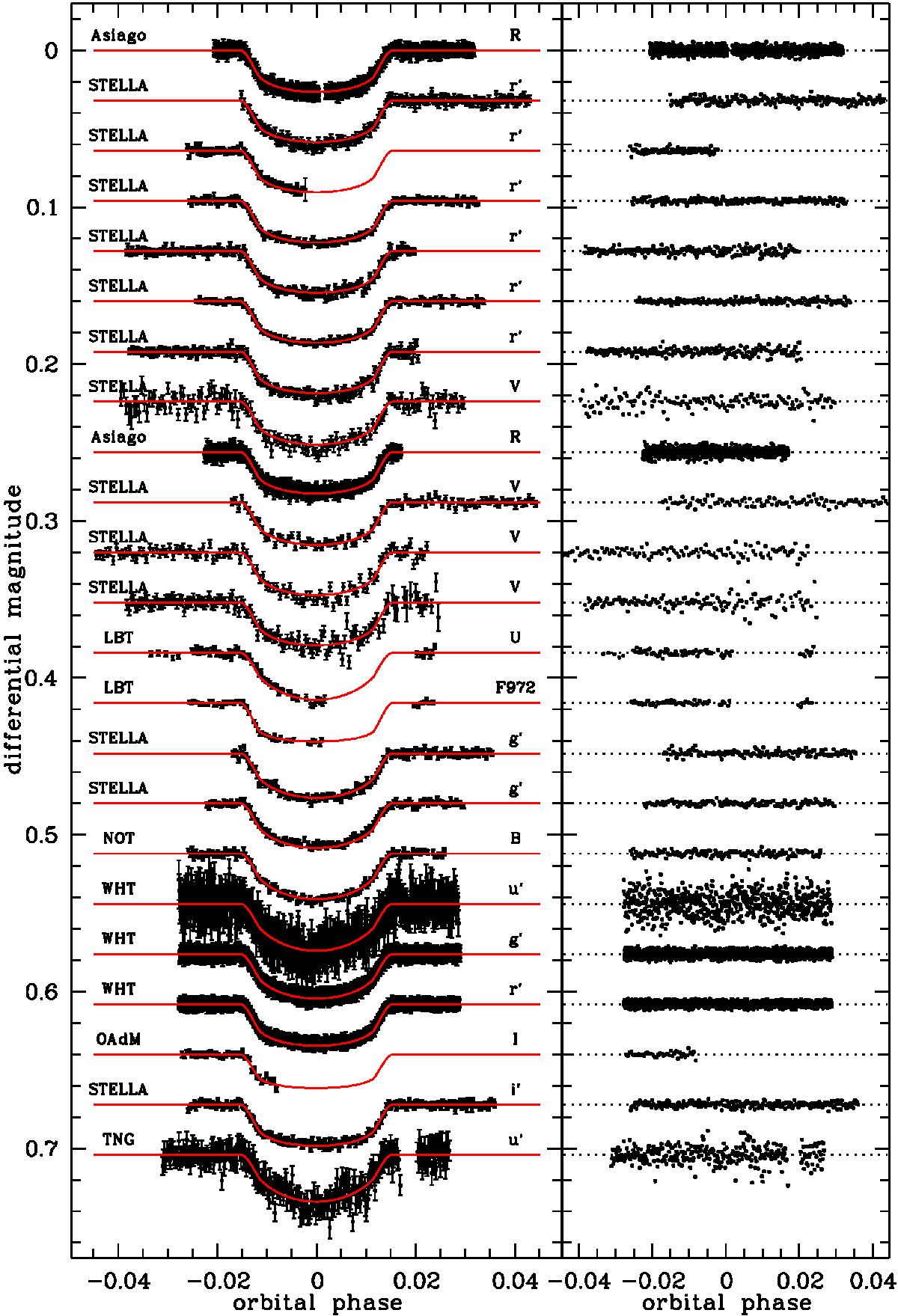