An early detection of blue luminescence by neutral PAHs in the direction of the yellow hypergiant HR 5171A?


Aims: We re-examined photometry (VBLUW, UBV, uvby) of the yellow hypergiant made a few decades ago. In that study no proper explanation could be given for the enigmatic brightness excesses in the L band (VBLUW system, λeff = 3838 Å). In the present paper, we suggest that this might have been caused by blue luminescence (BL), an emission feature of neutral polycyclic aromatic hydrocarbon molecules (PAHs), discovered in 2004. It is a fact that the highest emission peaks of the BL lie in the L band. Our goals were to investigate other possible causes, and to derive the fluxes of the emission.
Methods: We used two-colour diagrams based on atmosphere models, spectral energy distributions, and different extinctions and extinction laws, depending on the location of the supposed BL source: either in Gum48d on the background or in the envelope of HR 5171A.
Results: False L-excess sources, such as a hot companion, a nearby star, or some instrumental effect, could be excluded. Also, emission features from a hot chromosphere are not plausible. The fluxes of the L excess, recorded in the data sets of 1971, 1973, and 1977 varied (all in units of 10-10 Wm-2μm-1) between 1.4 to 21, depending on the location of the source. A flux near the low side of this range is preferred. Small brightness excesses in uv (uvby system) were present in 1979, but its connection with BL is doubtful. For the L fluxes we consider the lowest values as more realistic. The uncertainties are 20-30 %. Similar to other yellow hypergiants, HR 5171A showed powerful brightness outbursts, particularly in the 1970s. A release of stored H-ionization energy by atmospheric instabilities could create BL emitted by neutral PAHs. 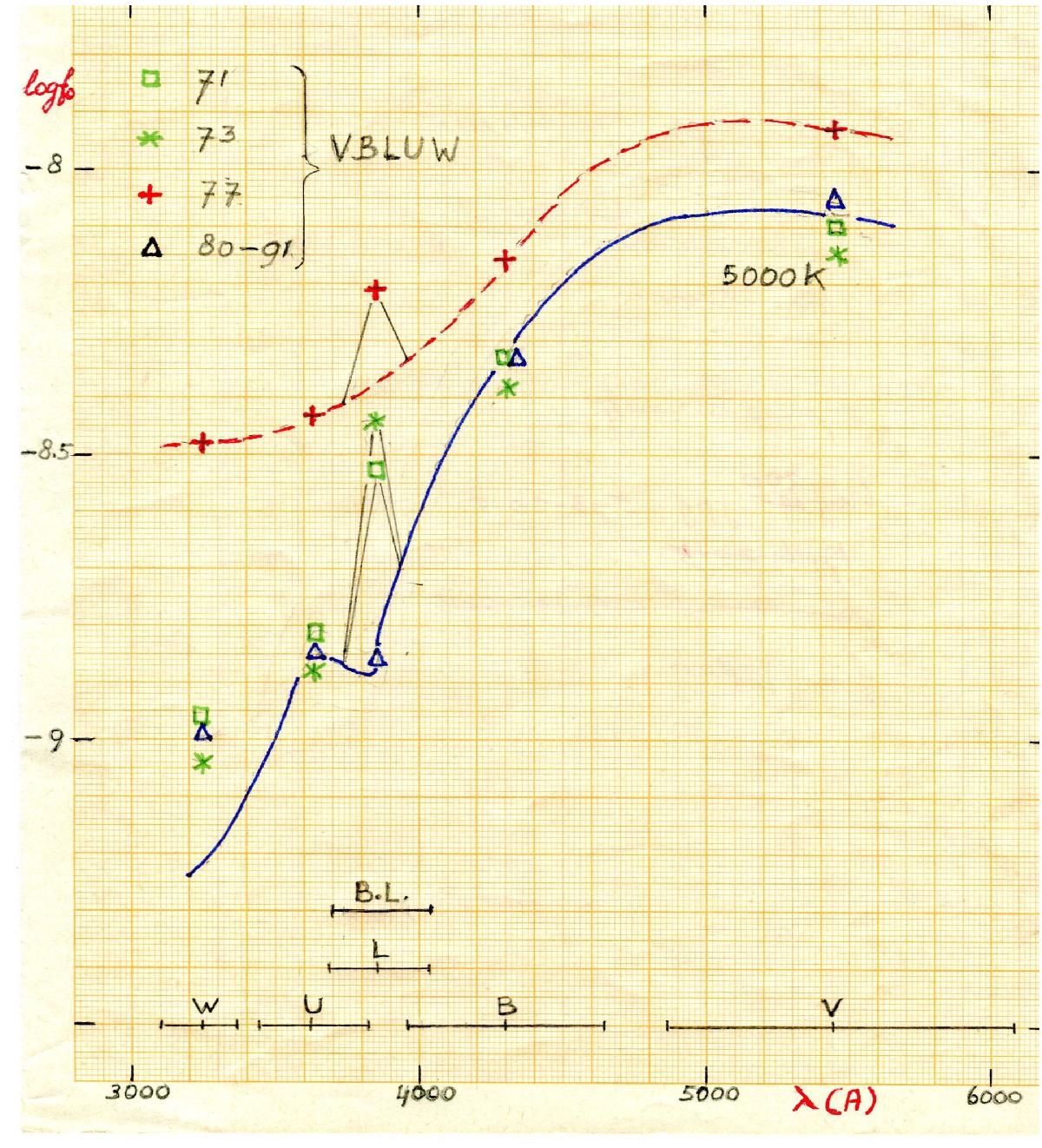