The role of binaries in the enrichment of the early Galactic halo. I. r-process-enhanced metal-poor stars

Context. The detailed chemical composition of most metal-poor halo stars has been found to be highly uniform, but a minority of stars exhibit dramatic enhancements in their abundances of heavy neutron-capture elements and/or of carbon. The key question for Galactic chemical evolution models is whether these peculiarities reflect the composition of the natal clouds, or if they are due to later (post-birth) mass transfer of chemically processed material from a binary companion. If the former case applies, the observed excess of certain elements was implanted within selected clouds in the early ISM from a production site at interstellar distances.
Aims: Our aim is to determine the frequency and orbital properties of binaries among these chemically peculiar stars. This information provides the basis for deciding whether local mass transfer from a binary companion is necessary and sufficient to explain their unusual compositions. This paper discusses our study of a sample of 17 moderately (r-I) and highly (r-II) r-process-element enhanced VMP and EMP stars.
Methods: High-resolution, low signal-to-noise spectra of the stars were obtained at roughly monthly intervals over eight years with the FIES spectrograph at the Nordic Optical Telescope. From these spectra, radial velocities with an accuracy of ~100 m s-1 were determined by cross-correlation against an optimized template.
Results: Fourteen of the programme stars exhibit no significant radial-velocity variation over this temporal window, while three are binaries with orbits of typical eccentricity for their periods, resulting in a normal binary frequency of ~18 ± 6% for the sample.
Conclusions: Our results confirm our preliminary conclusion from 2011, based on partial data, that the chemical peculiarity of the r-I and r-II stars is not caused by any putative binary companions. Instead, it was imprinted on the natal molecular clouds of these stars by an external, distant source. Models of the ISM in early galaxies should account for such mechanisms. 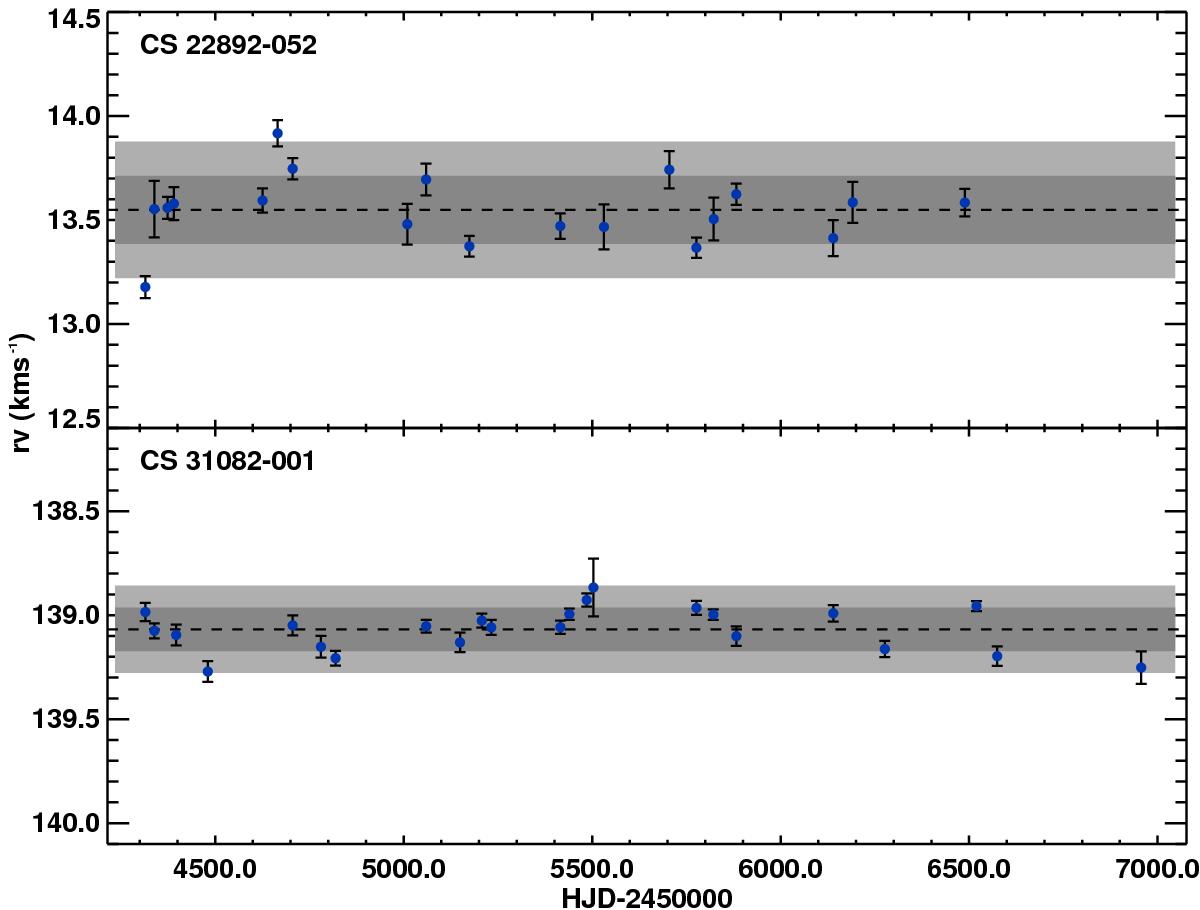