Context. The SWAN Lyman α photometer onboard SOHO monitored the hydrogen cloud around comet 67P/Churyumov-Gerasimenko (67P) postperihelion at the three last perihelions in 1996, 2002, and 2009.
Aims: Combining the SWAN results with some new Rosetta data allows estimating the erosion rate of the comet, quantified by the thickness of a layer that is disposed of at each orbit.
Methods: By integrating the production rates measured with SWAN in time and adding some estimates for periods that are not covered by SWAN, we estimate the total H2O mass loss per orbit to be 2.7 ± 0.4 × 109 kg. We also tried to explain the observed change in the rotation rate during the 2009 orbit (period decrease of 1285 s) and the change observed by Rosetta from June 2014 to February 2015 (period increase of 32 s and 98 s up to 17 May 2015) with three different mechanisms: sublimation-induced torque, thermal dilatation, and separation between the two lobes.
Results: The total ejected mass depends on dust-to-gas mass ratios (4 ± 2) determined from Rosetta. This means that a layer of 1.0 ± 0.5 m thickness is lost at each orbit. The outgassing-induced torque may explain the observed changes in the rotation rate around perihelion in 2009 and recent changes. The torque decelerated the rotation from August 2014 to 17 May 2015, at which time it changed sign and began to accelerate the rotation, consistent with the average behavior observed for the 2009 apparition.
Conclusions: The thickness of lost material needs to be kept in mind when interpreting all surface features. At 1 m ± 0.5 m, the erosion rate per orbit is high and supports the idea that the composition of the material that is measured in the coma (gas and solid) is indeed representative of the bulk material of the nucleus. We also argued that monitoring the rotation rate yields a very accurate and precious indicator of the global activity of the comet with which other activity measurements can be compared. 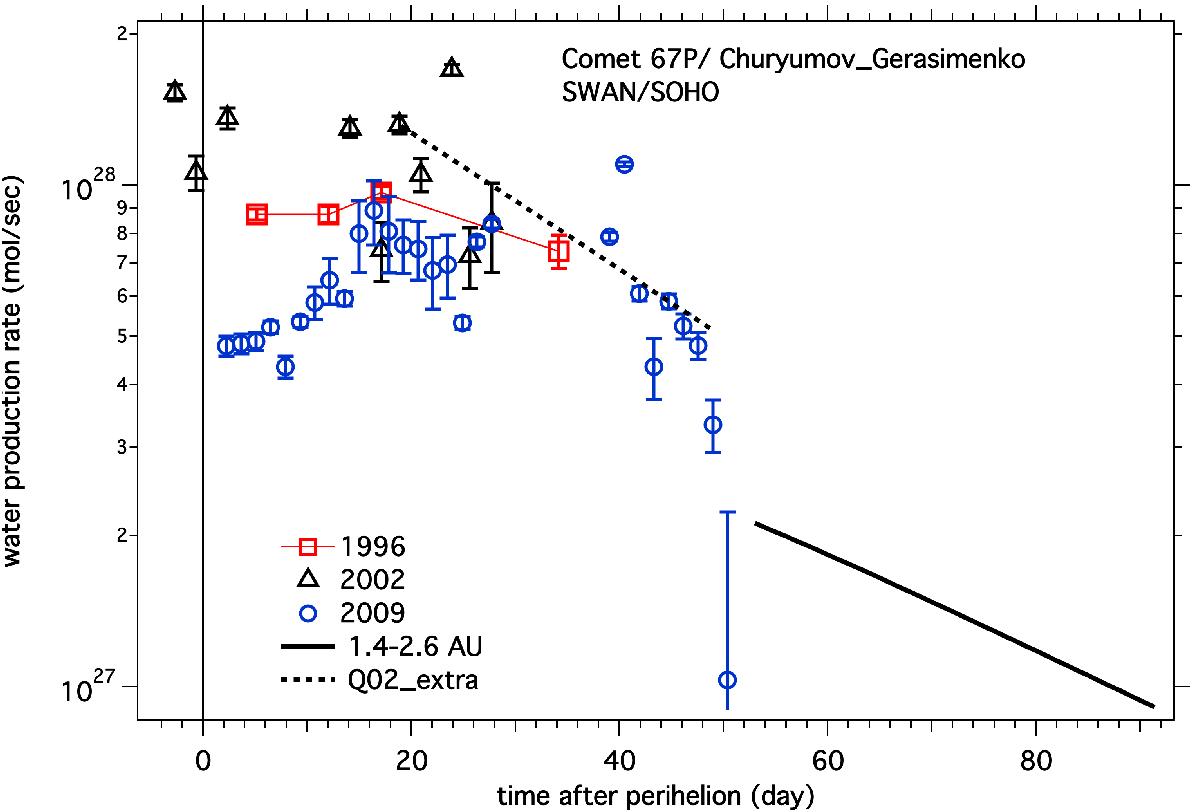