Aims: Far away from the Sun, at around 3 AU, the activity of comet 67P/Churyumov-Gerasimenko is low and changes with local time (solar insolation), with location (chemical heterogeneity of the surface), and with season. When the activity is very low because the total cross section of the comet against the Sun is small, the solar wind has access to the surface of the comet and causes ion-induced sputtering of surface material, which we wish to observe.
Methods: We used the Double Focussing Mass Spectrometer (DFMS) of the ROSINA experiment on ESA's Rosetta mission to search for mass spectrometric evidence of sputtered refractory species. In high-resolution mode, DFMS can separate some of the mass peaks of refractory elements from the many volatile species present in the coma.
Results: At present, the locations of solar wind surface access are in the southern hemisphere of the comet (the local winter). Of particular interest is sputtering of dust grains on the surface. We observe global averages over the winter hemisphere of the refractory elements Na, K, Si, and Ca, presumably sputtered from grains residing on the surface. Compared to carbonaceous chondrites, the comet has the same Na abundance, is depleted in Ca, and has an excess of K. In addition, for Si the signal strength is strong enough to compile a coarse compositional map of the southern hemisphere. Most, perhaps all, of the observed variation can be explained by the solar wind being affected by the atmosphere of the comet. 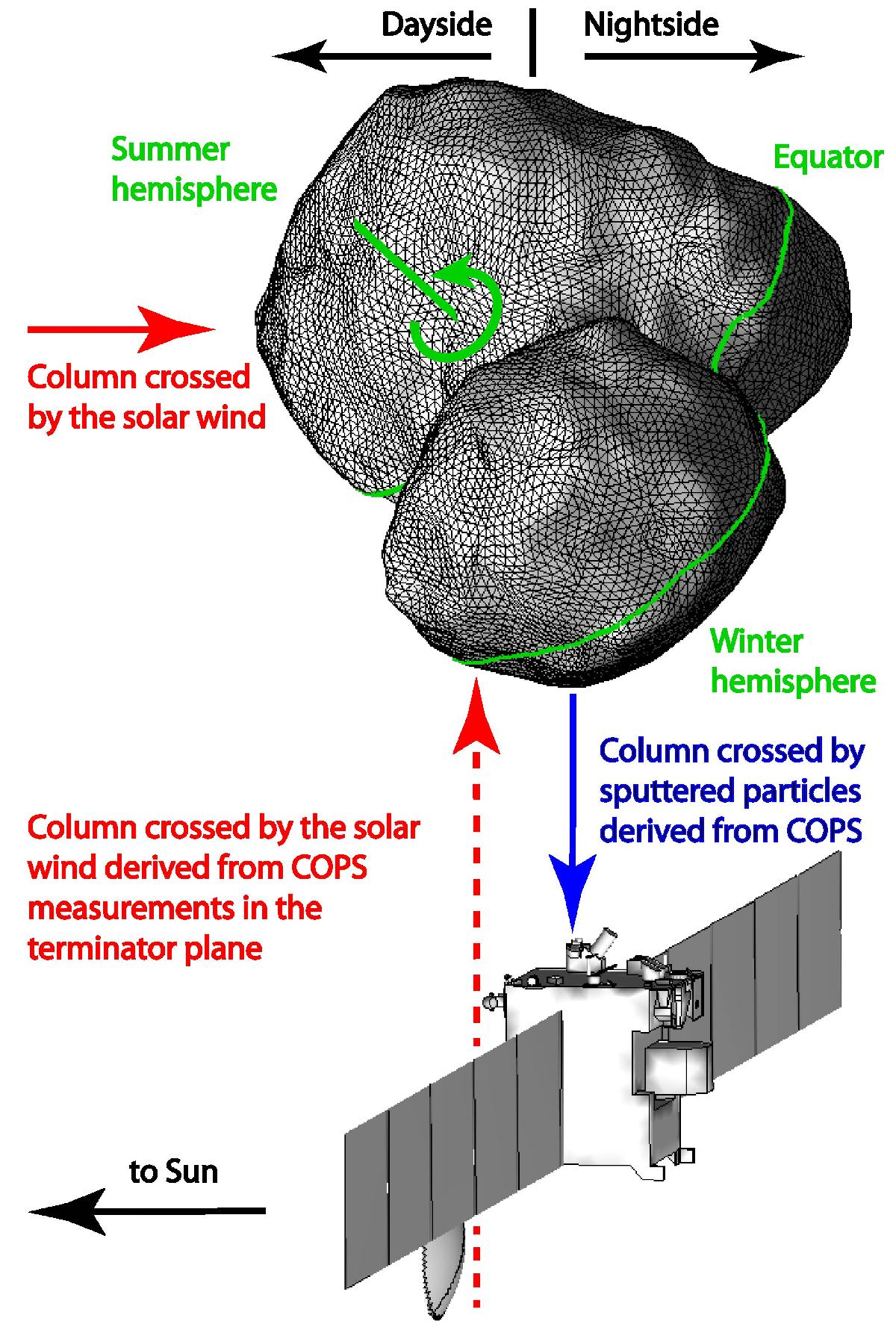