GIADA: shining a light on the monitoring of the comet dust production from the nucleus of 67P/Churyumov-Gerasimenko

Context. During the period between 15 September 2014 and 4 February 2015, the Rosetta spacecraft accomplished the circular orbit phase around the nucleus of comet 67P/Churyumov-Gerasimenko (67P). The Grain Impact Analyzer and Dust Accumulator (GIADA) onboard Rosetta monitored the 67P coma dust environment for the entire period.
Aims: We aim to describe the dust spatial distribution in the coma of comet 67P by means of in situ measurements. We determine dynamical and physical properties of cometary dust particles to support the study of the production process and dust environment modification.
Methods: We analyzed GIADA data with respect to the observation geometry and heliocentric distance to describe the coma dust spatial distribution of 67P, to monitor its activity, and to retrieve information on active areas present on its nucleus. We combined GIADA detection information with calibration activity to distinguish different types of particles that populate the coma of 67P: compact particles and fluffy porous aggregates. By means of particle dynamical parameters measured by GIADA, we studied the dust acceleration region.
Results: GIADA was able to distinguish different types of particles populating the coma of 67P: compact particles and fluffy porous aggregates. Most of the compact particle detections occurred at latitudes and longitudes where the spacecraft was in view of the comet's neck region of the nucleus, the so-called Hapi region. This resulted in an oscillation of the compact particle abundance with respect to the spacecraft position and a global increase as the comet moved from 3.36 to 2.43 AU heliocentric distance. The speed of these particles, having masses from 10-10 to 10-7 kg, ranged from 0.3 to 12.2 m s-1. The variation of particle mass and speed distribution with respect to the distance from the nucleus gave indications of the dust acceleration region. The influence of solar radiation pressure on micron and submicron particles was studied. The integrated dust mass flux collected from the Sun direction, that is, particles reflected by solar radiation pressure, was three times higher than the flux coming directly from the comet nucleus. The awakening 67P comet shows a strong dust flux anisotropy, confirming what was suggested by on-ground dust coma observations performed in 2008. 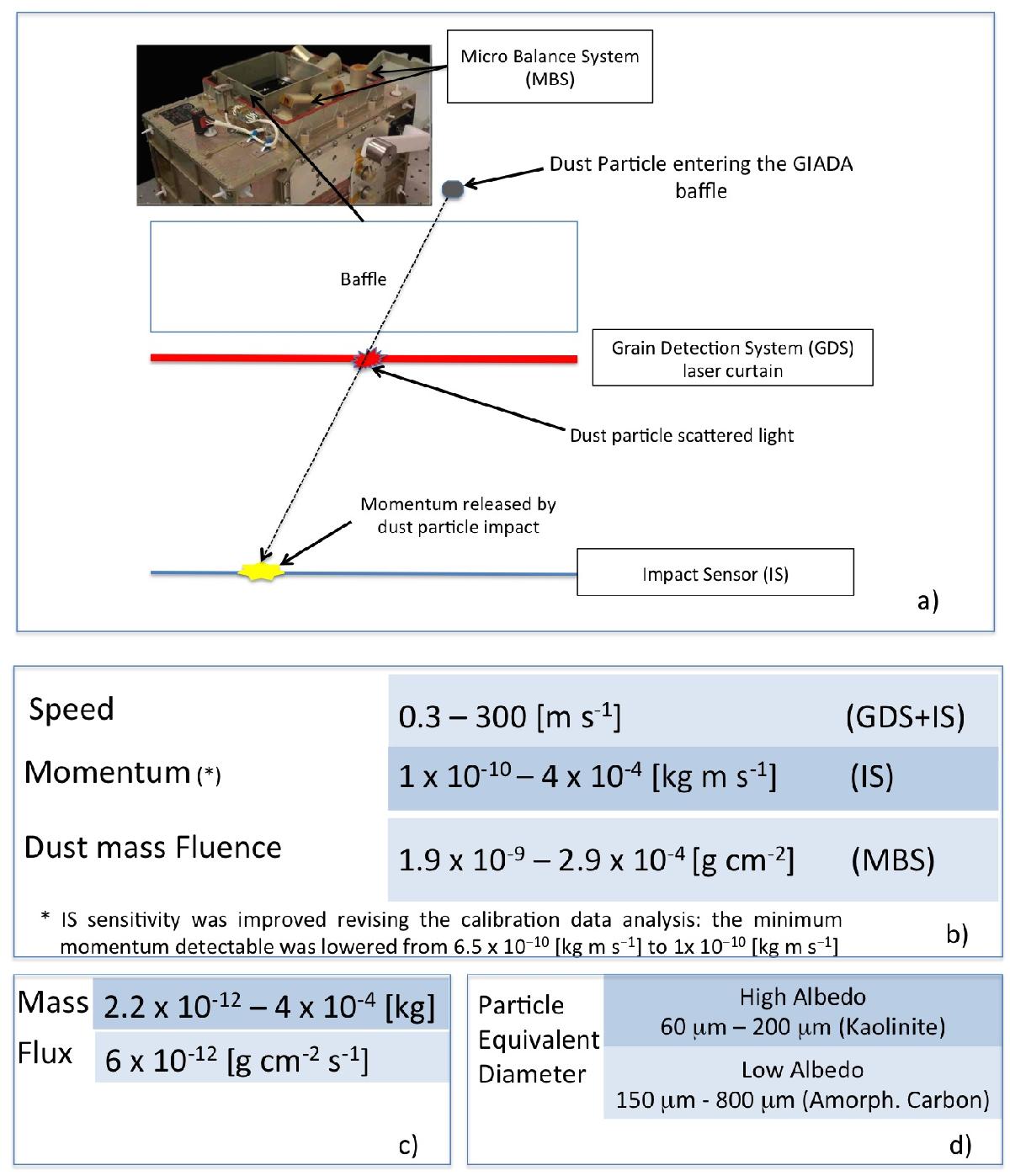