Morphology and dynamics of the jets of comet 67P/Churyumov-Gerasimenko: Early-phase development


Aims: The OSIRIS camera onboard the Rosetta spacecraft obtained close-up views of the dust coma of comet 67P. The jet structures can be used to trace their source regions and to examine the possible effect of gas-surface interaction.
Methods: We analyzed the wide-angle images obtained in the special dust observation sequences between August and September 2014. The jet features detected in different images were compared to study their time variability. The locations of the potential source regions of some of the jets are identified by ray tracing. We used a ring-masking technique to calculate the brightness distribution of dust jets along the projected distance.
Results: The jets detected between August and September 2014 mostly originated in the Hapi region. Morphological changes appeared over a timescale of several days in September. The brightness slope of the dust jets is much steeper than the background coma. This might be related to the sublimation or fragmentation of the emitted dust grains. Interaction of the expanding gas flow with the cliff walls on both sides of Hapi could lead to erosion and material down-fall to the nucleus surface. 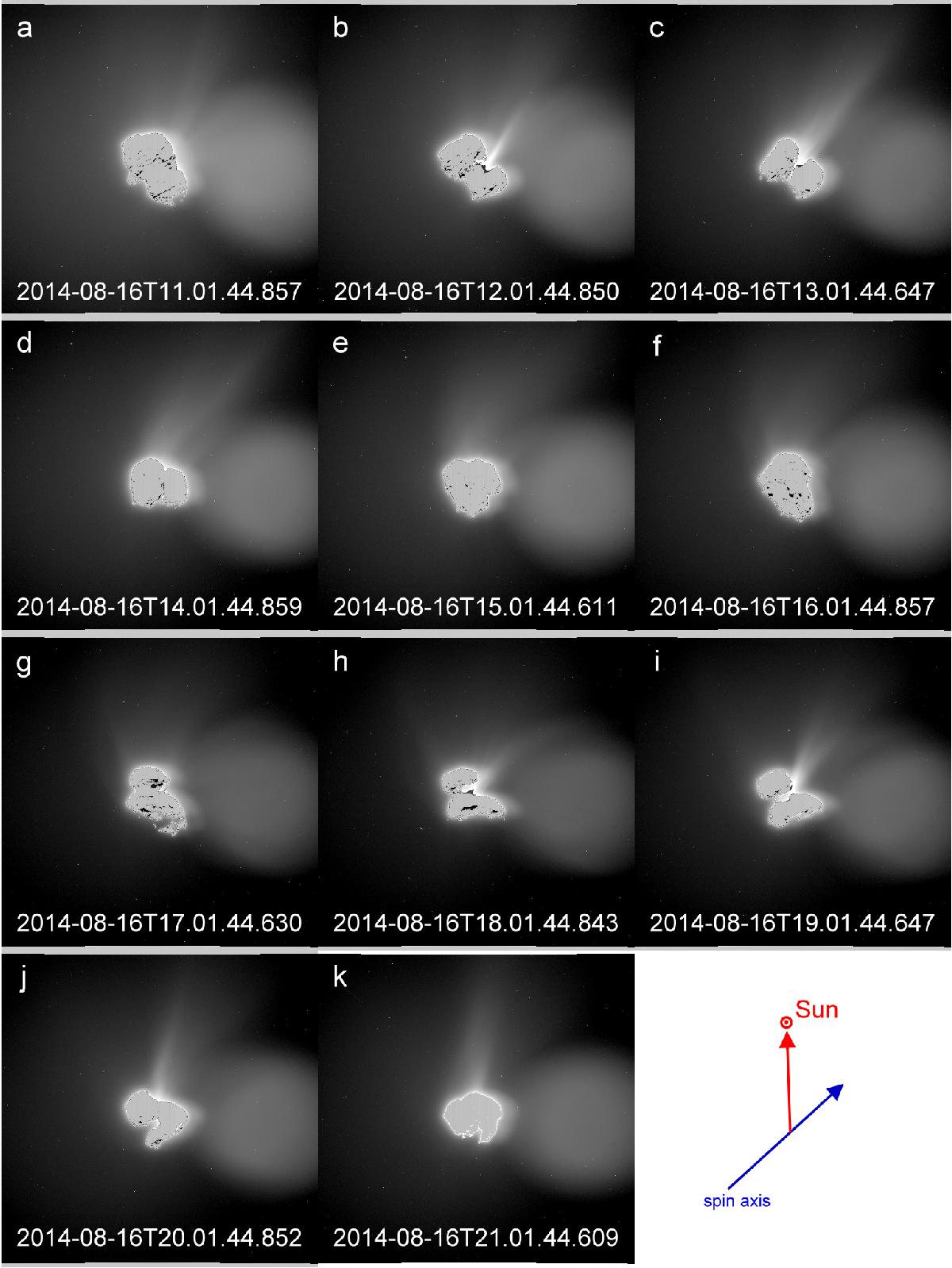