Aims: We aim to study the influence of radiative cooling on the standing kink oscillations of a coronal loop.
Methods: Using the FLASH code, we solved the 3D ideal magnetohydrodynamic equations. Our model consists of a straight, density enhanced and gravitationally stratified magnetic flux tube. We perturbed the system initially, leading to a transverse oscillation of the structure, and followed its evolution for a number of periods. A realistic radiative cooling is implemented. Results are compared to available analytical theory.
Results: We find that in the linear regime (i.e. low amplitude perturbation and slow cooling) the obtained period and damping time are in good agreement with theory. The cooling leads to an amplification of the oscillation amplitude. However, the difference between the cooling and non-cooling cases is small (around 6% after 6 oscillations). In high amplitude runs with realistic cooling, instabilities deform the loop, leading to increased damping. In this case, the difference between cooling and non-cooling is still negligible at around 12%. A set of simulations with higher density loops are also performed, to explore what happens when the cooling takes place in a very short time (tcool ≈ 100 s). In this case, the difference in amplitude after nearly 3 oscillation periods for the low amplitude case is 21% between cooling and non-cooling cases. We strengthen the results of previous analytical studies that state that the amplification due to cooling is ineffective, and its influence on the oscillation characteristics is small, at least for the cases shown here. Furthermore, the presence of a relatively strong damping in the high amplitude runs even in the fast cooling case indicates that it is unlikely that cooling could alone account for the observed, flare-related undamped oscillations of coronal loops. These results may be significant in the field of coronal seismology, allowing its application to coronal loop oscillations with observed fading-out or cooling behaviour. 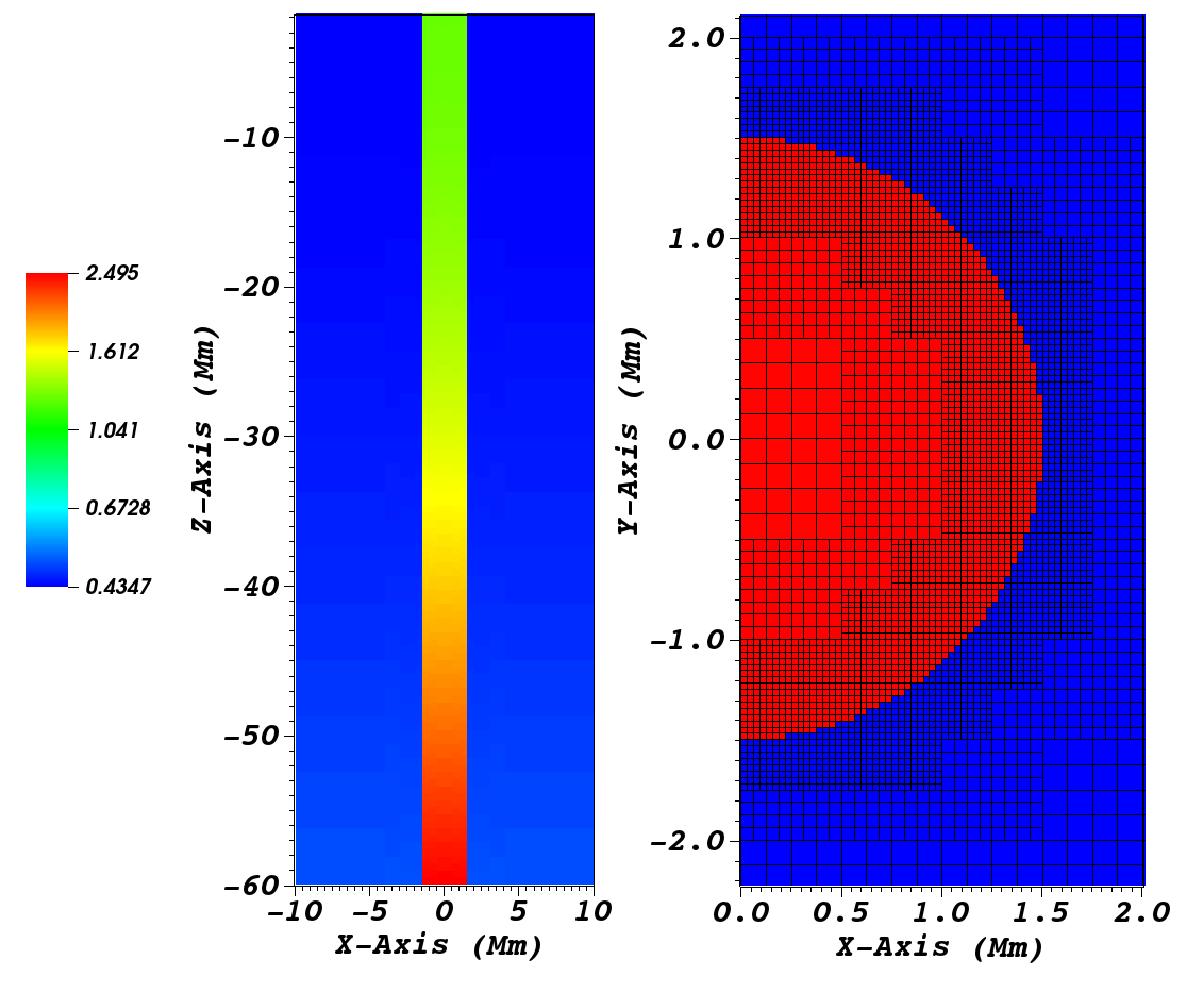