We investigate a small-scale (~1.5 Mm along the slit), supersonic downflow of about 90 km s-1 in the transition region above the lightbridged sunspot umbra in AR 11836. The observations were obtained with the Interface Region Spectrograph (IRIS) on 2013 September 2 from 16:40 to 17:59 UT. The downflow shows up as redshifted "satellite" lines of the Si iv and O iv transition region lines and is remarkably steady over the observing period of nearly 80 min. The downflow is not visible in the chromospheric lines, which only show an intensity enhancement at the location of the downflow. The density inferred from the line ratio of the redshifted satellites of the O iv lines (Ne = 1010.6 ± 0.25 cm-3) is only a factor 2 smaller than the one inferred from the main components (Ne = 1010.95 ± 0.20 cm-3). Consequently, this implies a substantial mass flux (~5 × 10-7 g cm-2 s-1), which would evacuate the overlying corona on timescales close to 10 s. We interpret these findings as evidence of a stationary termination shock of a supersonic siphon flow in a cool loop that is rooted in the central umbra of the spot.

The movie is available in electronic form at http://www.aanda.org 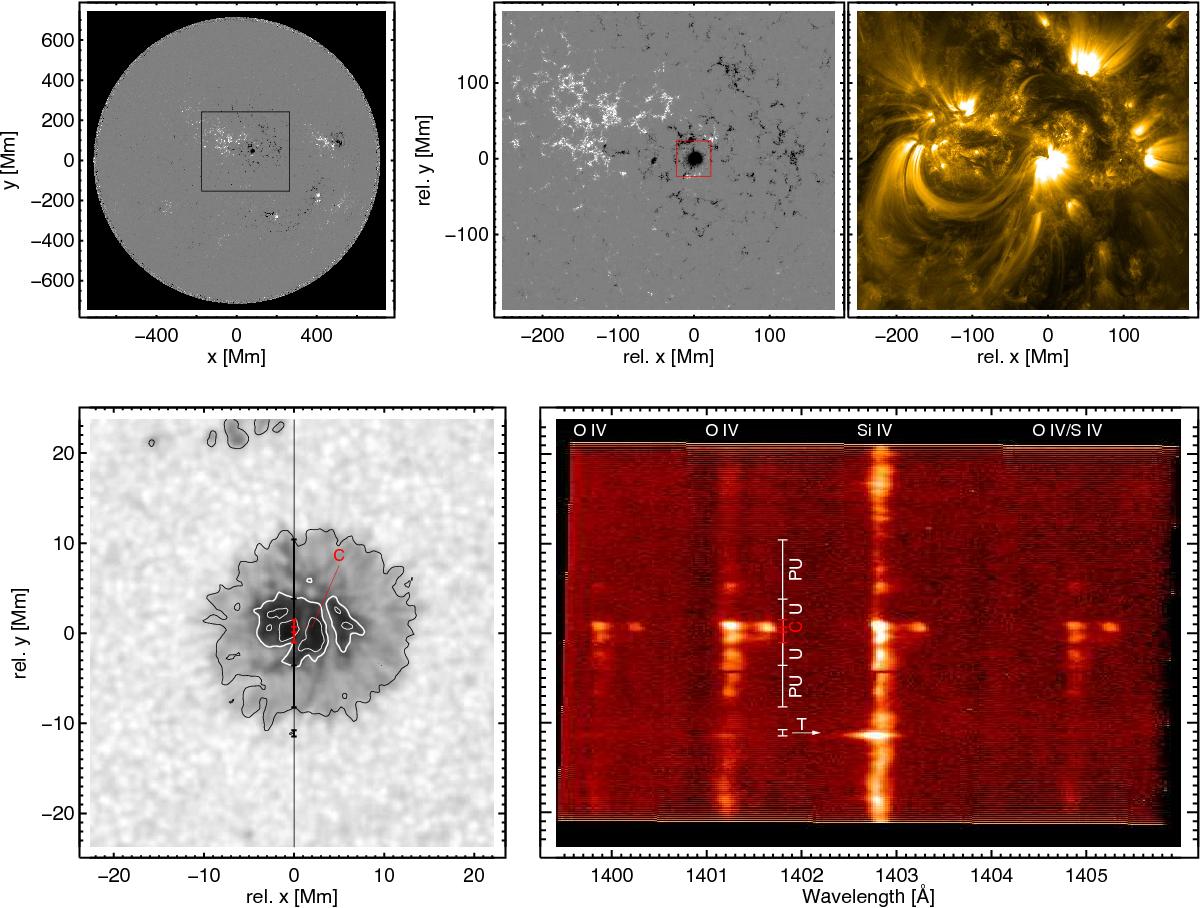