The magnetic field of ζ Orionis A

Context. ζ Ori A is a hot star claimed to host a weak magnetic field, but no clear magnetic detection was obtained so far. In addition, it was recently shown to be a binary system composed of a O9.5I supergiant and a B1IV star.
Aims: We aim at verifying the presence of a magnetic field in ζ Ori A, identifying to which of the two binary components it belongs (or whether both stars are magnetic), and characterizing the field.
Methods: Very high signal-to-noise spectropolarimetric data were obtained with Narval at the Bernard Lyot Telescope (TBL) in France. Archival HEROS, FEROS and UVES spectroscopic data were also used. The data were first disentangled to separate the two components. We then analyzed them with the least-squares deconvolution technique to extract the magnetic information.
Results: We confirm that ζ Ori A is magnetic. We find that the supergiant component ζ Ori Aa is the magnetic component: Zeeman signatures are observed and rotational modulation of the longitudinal magnetic field is clearly detected with a period of 6.829 d. This is the only magnetic O supergiant known as of today. With an oblique dipole field model of the Stokes V profiles, we show that the polar field strength is ~140 G. Because the magnetic field is weak and the stellar wind is strong, ζ Ori Aa does not host a centrifugally supported magnetosphere. It may host a dynamical magnetosphere. Its companion ζ Ori Ab does not show any magnetic signature, with an upper limit on the undetected field of ~300 G.

Based on observations obtained at the Télescope Bernard Lyot (USR5026) operated by the Observatoire Midi-Pyrénées, Université de Toulouse (Paul Sabatier), Centre National de la Recherche Scientifique of France.Appendix A is available in electronic form at http://www.aanda.org 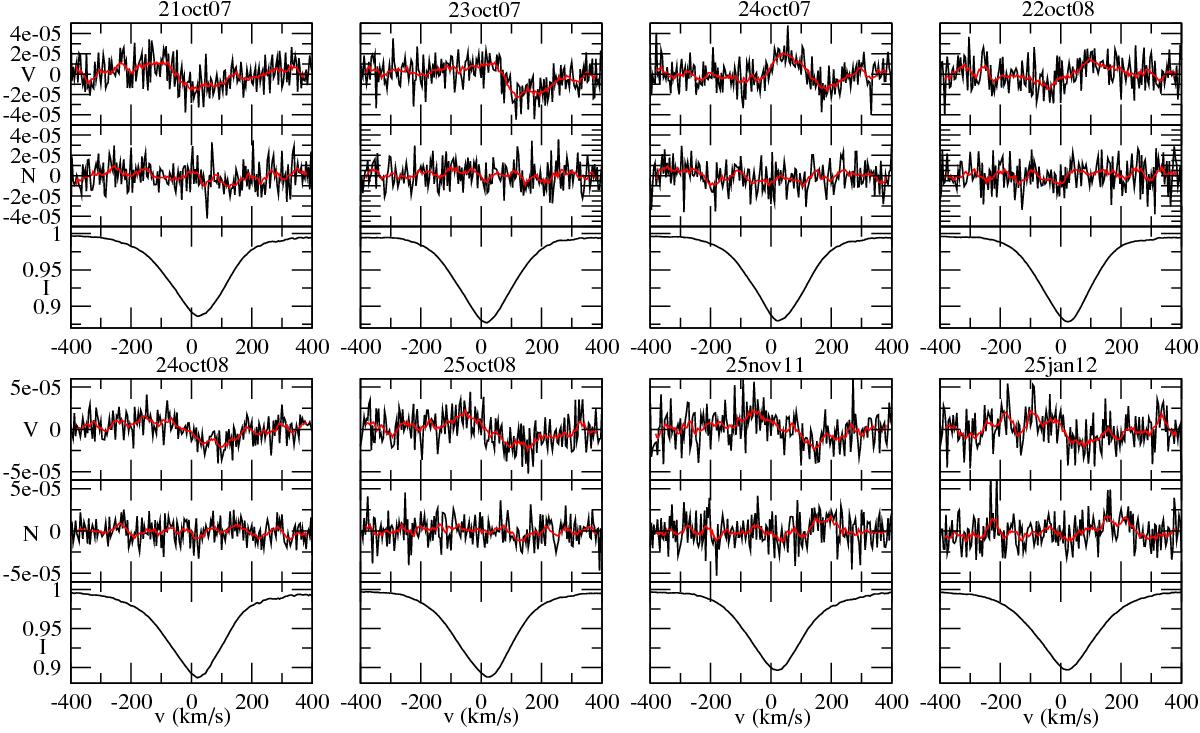