We present a comprehensive study of Far Ultraviolet Spectroscopic Explorer (FUSE) spectra (912-1190 Å) of two members of the PG 1159 spectral class, which consists of hydrogen-deficient (pre-) white dwarfs with effective temperatures in the range Teff = 75 000-200 000 K. As two representatives of the cooler objects, we have selected PG 1707+427 (Teff = 85 000 K) and PG 1424+535 (Teff = 110 000 K), complementing a previous study of the hotter prototype PG 1159-035 (Teff = 140 000 K). The helium-dominated atmospheres are strongly enriched in carbon and oxygen, therefore, their spectra are dominated by lines from C iii-iv and O iii-vi, many of which were never observed before in hot stars. In addition, lines of many other metals (N, F, Ne, Si, P, S, Ar, Fe) are detectable, demonstrating that observations in this spectral region are most rewarding when compared to the near-ultraviolet and optical wavelength bands. We perform abundance analyses of these species and derive upper limits for several undetected light and heavy metals including iron-group and trans-iron elements. The results are compared to predictions of stellar evolution models for neutron-capture nucleosynthesis and good agreement is found. 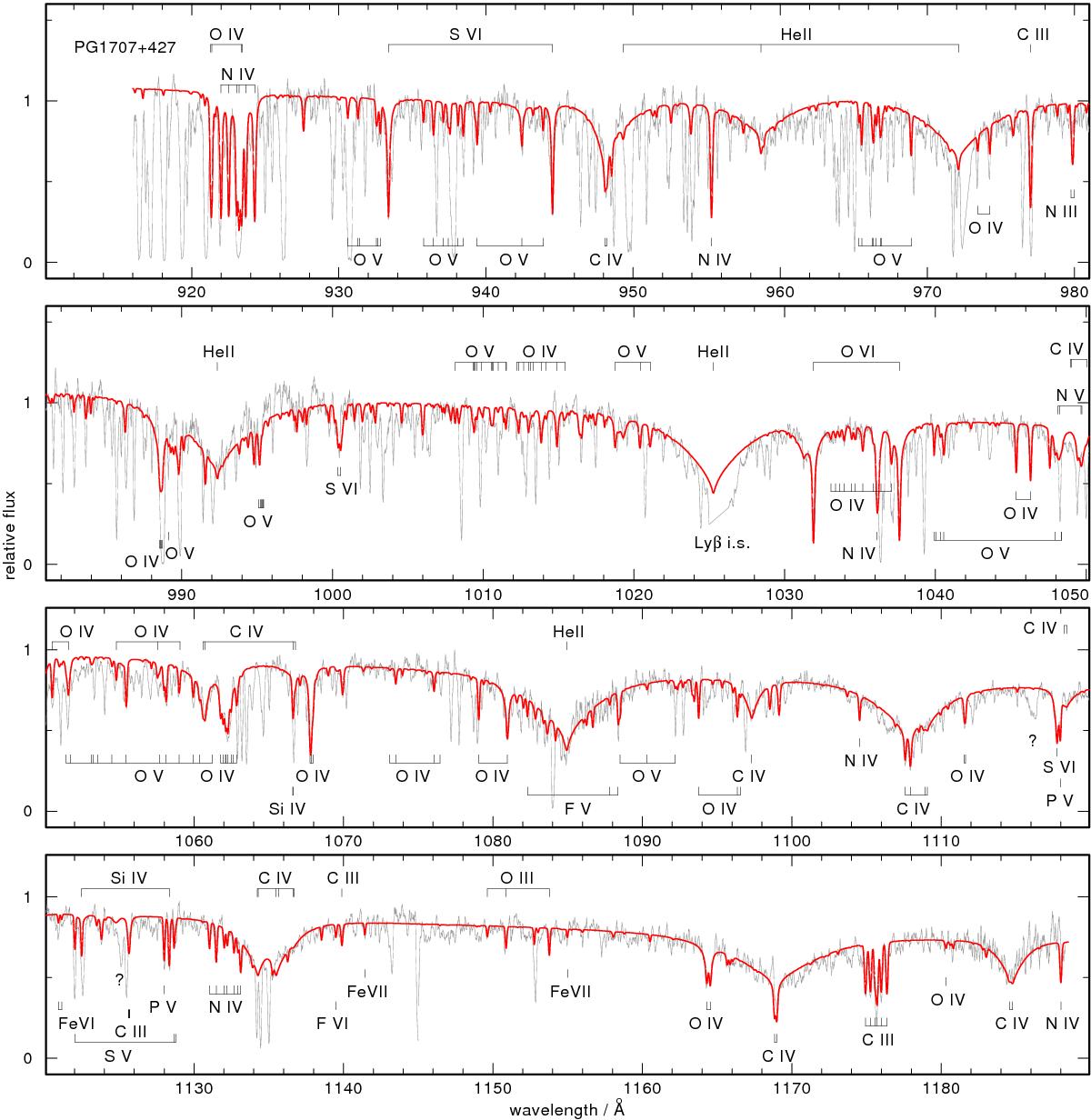