Massive envelopes and filaments in the NGC 3603 star forming region⋆⋆⋆⋆⋆⋆

The formation of massive stars and their arrival on the zero-age main-sequence occurs hidden behind dense clouds of gas and dust. In the giant H ii region NGC 3603, the radiation of a young cluster of OB stars has dispersed dust and gas in its vicinity. At a projected distance of 2.5 pc from the cluster, a bright mid-infrared (MIR) source (IRS 9A) was identified as a massive young stellar object (MYSO), located on the side of a molecular clump (MM2) of gas facing the cluster. We investigated the physical conditions in MM2, based on APEX sub-mm observations using the SABOCA and SHFI instruments, and archival ATCA 3 mm continuum and CS spectral line data. We resolved MM2 into several compact cores, one of them closely associated with IRS 9A. These are likely to be infrared dark clouds because they do not show the typical hot-core emission lines and are mostly opaque against the MIR background. The compact cores have masses of up to several hundred times the solar mass and gas temperatures of about 50 K, without evidence of internal ionizing sources. We speculate that IRS 9A is younger than the cluster stars, but is in an evolutionary state after the compact cores.

Based in part on observations collected at the European Southern Observatory, Chile (Prop. No. 088.C-0093 and 090.C-0644).Observations were obtained with the Australia Telescope which is funded by the Commonwealth of Australia for operations as a National Facility managed by CSIRO.Appendix A is available in electronic form at http://www.aanda.orgThe final reduced FITS (cubes) of the data presented in the paper are only available at the CDS via anonymous ftp to http://cdsarc.u-strasbg.fr (ftp://130.79.128.5) or via http://cdsarc.u-strasbg.fr/viz-bin/qcat?J/A+A/582/A66 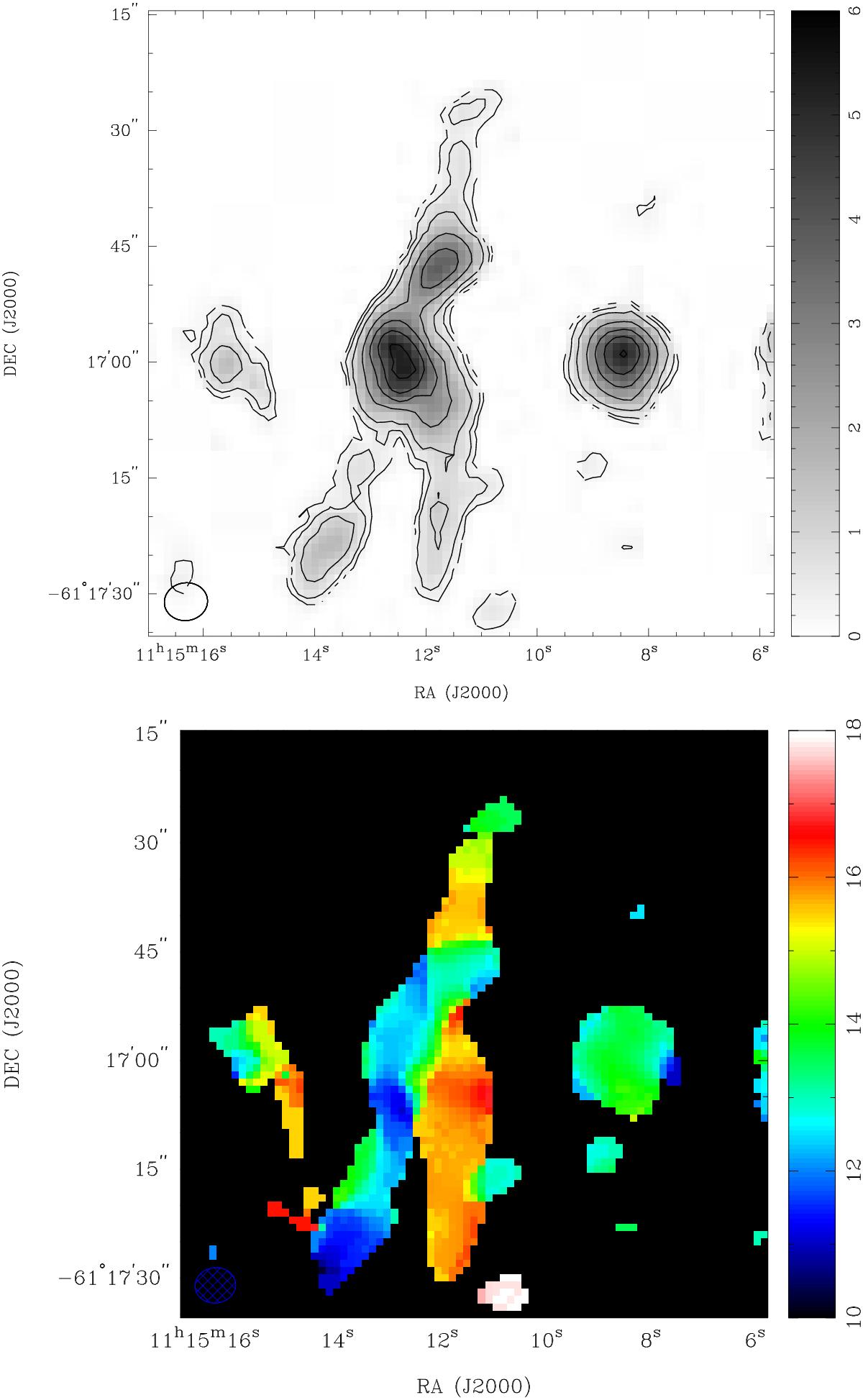