Context. In the era of large Galactic stellar surveys, carefully calibrating and validating the data sets has become an important and integral part of the data analysis. Moreover, new generations of stellar atmosphere models and spectral line formation computations need to be subjected to benchmark tests to assess any progress in predicting stellar properties.
Aims: We focus on cool stars and aim at establishing a sample of 34 Gaia FGK benchmark stars with a range of different metallicities. The goal was to determine the effective temperature and the surface gravity independently of spectroscopy and atmospheric models as far as possible. Most of the selected stars have been subjected to frequent spectroscopic investigations in the past, and almost all of them have previously been used as reference, calibration, or test objects.
Methods: Fundamental determinations of Teff and log g were obtained in a systematic way from a compilation of angular diameter measurements and bolometric fluxes and from a homogeneous mass determination based on stellar evolution models. The derived parameters were compared to recent spectroscopic and photometric determinations and to gravity estimates based on seismic data.
Results: Most of the adopted diameter measurements have formal uncertainties around 1%, which translate into uncertainties in effective temperature of 0.5%. The measurements of bolometric flux seem to be accurate to 5% or better, which contributes about 1% or less to the uncertainties in effective temperature. The comparisons of parameter determinations with the literature in general show good agreements with a few exceptions, most notably for the coolest stars and for metal-poor stars.
Conclusions: The sample consists of 29 FGK-type stars and 5 M giants. Among the FGK stars, 21 have reliable parameters suitable for testing, validation, or calibration purposes. For four stars, future adjustments of the fundamental Teff are required, and for five stars the log g determination needs to be improved. Future extensions of the sample of Gaia FGK benchmark stars are required to fill gaps in parameter space, and we include a list of suggested candidates. 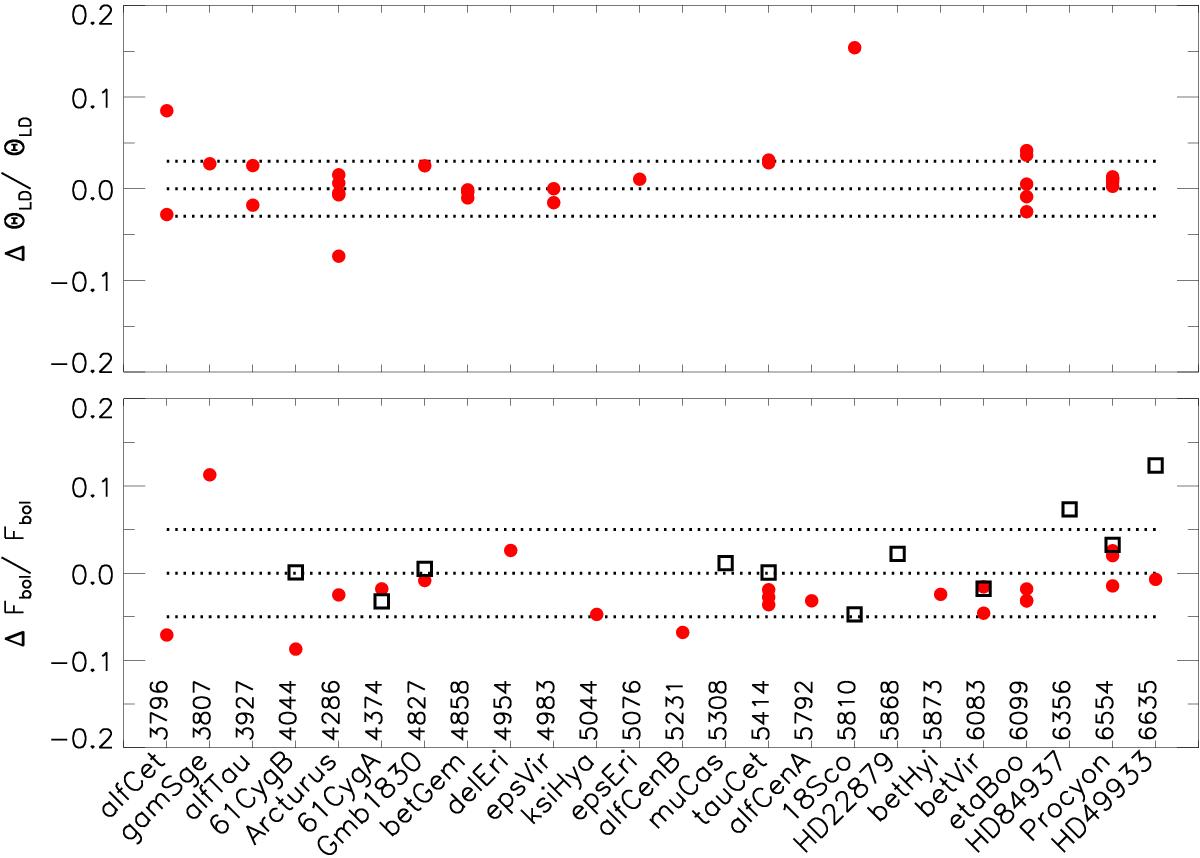