We present spatially resolved stellar and/or ionized gas kinematic properties for a sample of 103 interacting galaxies, tracing all merger stages: close companions, pairs with morphological signatures of interaction, and coalesced merger remnants. In order to distinguish kinematic properties caused by a merger event from those driven by internal processes, we compare our galaxies with a control sample of 80 non-interacting galaxies. We measure for both the stellar and the ionized gas components the major (projected) kinematic position angles (PAkin, approaching and receding) directly from the velocity distributions with no assumptions on the internal motions. This method also allow us to derive the deviations of the kinematic PAs from a straight line (δPAkin). We find that around half of the interacting objects show morpho-kinematic PA misalignments that cannot be found in the control sample. In particular, we observe those misalignments in galaxies with morphological signatures of interaction. On the other hand, thelevel of alignment between the approaching and receding sides for both samples is similar, with most of the galaxies displaying small misalignments. Radial deviations of the kinematic PA orientation from a straight line in the stellar component measured by δPAkin are large for both samples. However, for a large fraction of interacting galaxies the ionized gas δPAkin is larger than the typical values derived from isolated galaxies (48%), indicating that this parameter is a good indicator to trace the impact of interaction and mergers in the internal motions of galaxies. By comparing the stellar and ionized gas kinematic PA, we find that 42% (28/66) of the interacting galaxies have misalignments larger than 16°, compared to 10% from the control sample. Our results show the impact of interactions in the motion of stellar and ionized gas as well as the wide the variety of their spatially resolved kinematic distributions. This study also provides a local Universe benchmark for kinematic studies in merging galaxies at high redshift. 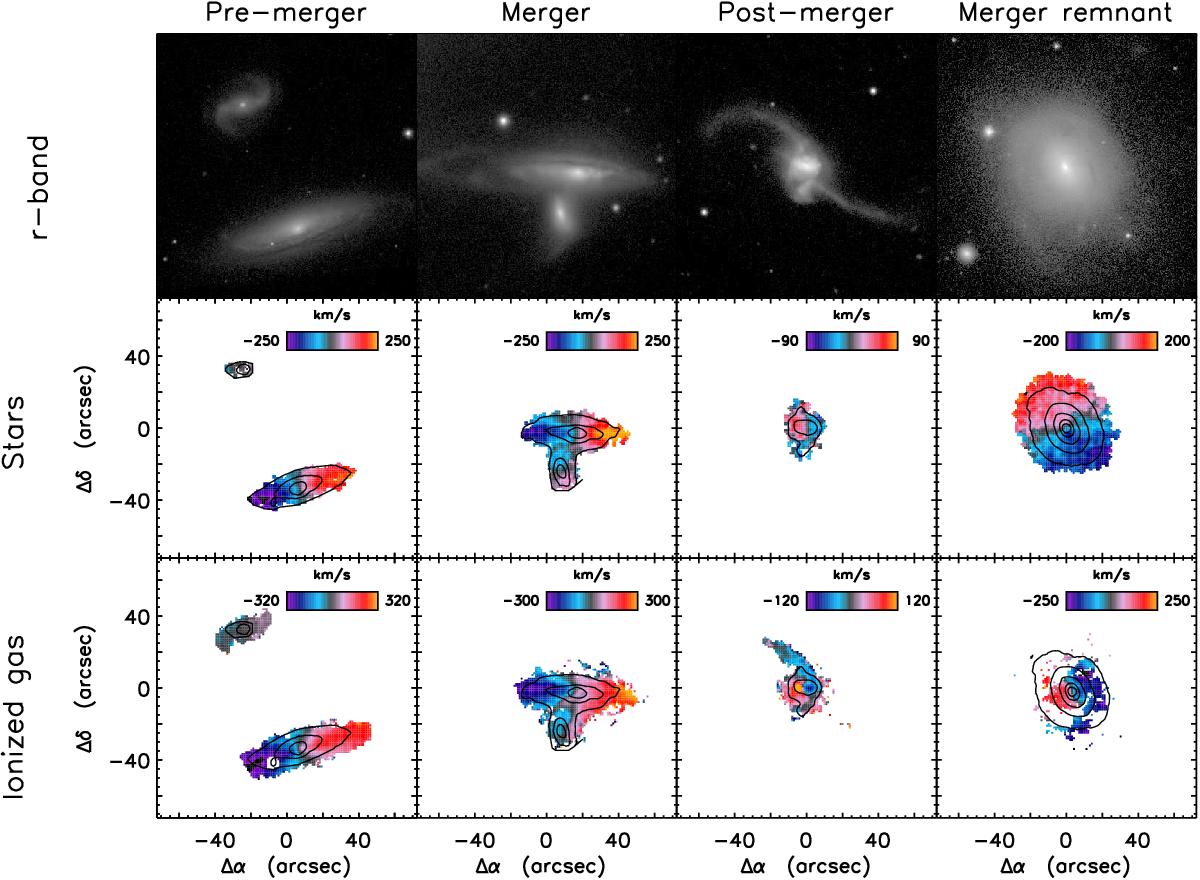