Wright et al. (2014, ApJ, 792, 26) have embarked on a search for advanced Karadashev Type III civilisations via the compilation of a sample of sources with extreme mid-IR emission and colours. The aim is to furnish a list of candidate galaxies that might harbour an advanced Kardashev Type III civilisation; in this scenario, the mid-IR emission is then primarily associated with waste heat energy by-products. I apply the mid-IR radio correlation to this Glimpsing Heat from Alien Technology (Ĝ) sample, a catalogue of 93 candidate galaxies compiled by Griffith et al. (2015, ApJS, 217, 25). I demonstrate that the mid-IR and radio luminosities are correlated for the sample, determining a k-corrected value of q22 = 1.35 ± 0.42. By comparison, a similar measurement for 124 galaxies drawn from the First Look Survey (FLS) has q22 = 0.87 ± 0.27. The statistically significant difference of the mean value of q22 for these two samples, taken together with their more comparable far-IR properties, suggests that the Ĝ sample shows excessive emission in the mid-IR. The fact that the Ĝ sample largely follows the mid-IR radio correlation strongly suggests that the vast majority of these sources are associated with galaxies in which natural astrophysical processes are dominant. This simple application of the mid-IR radio correlation can substantially reduce the number of false positives in the Ĝ catalogue since galaxies occupied by advanced Kardashev Type III civilisations would be expected to exhibit very high values of q. I identify nine outliers in the sample with q22> 2 of which at least three have properties that are relatively well explained via standard astrophysical interpretations e.g. dust emission associated with nascent star formation and/or nuclear activity from a heavily obscured AGN. The other outliers have not been studied in any great detail, and are deserving of further observation. I also note that the comparison of resolved mid-IR and radio images of galaxies on sub-galactic (kpc) scales can also be useful in identifying and recognising artificial mid-IR emission from less advanced intermediate Type II/III civilisations. Nevertheless, from the bulk properties of the Ĝ sample, I conclude that Kardashev Type III civilisations are either very rare or do not exist in the local Universe. 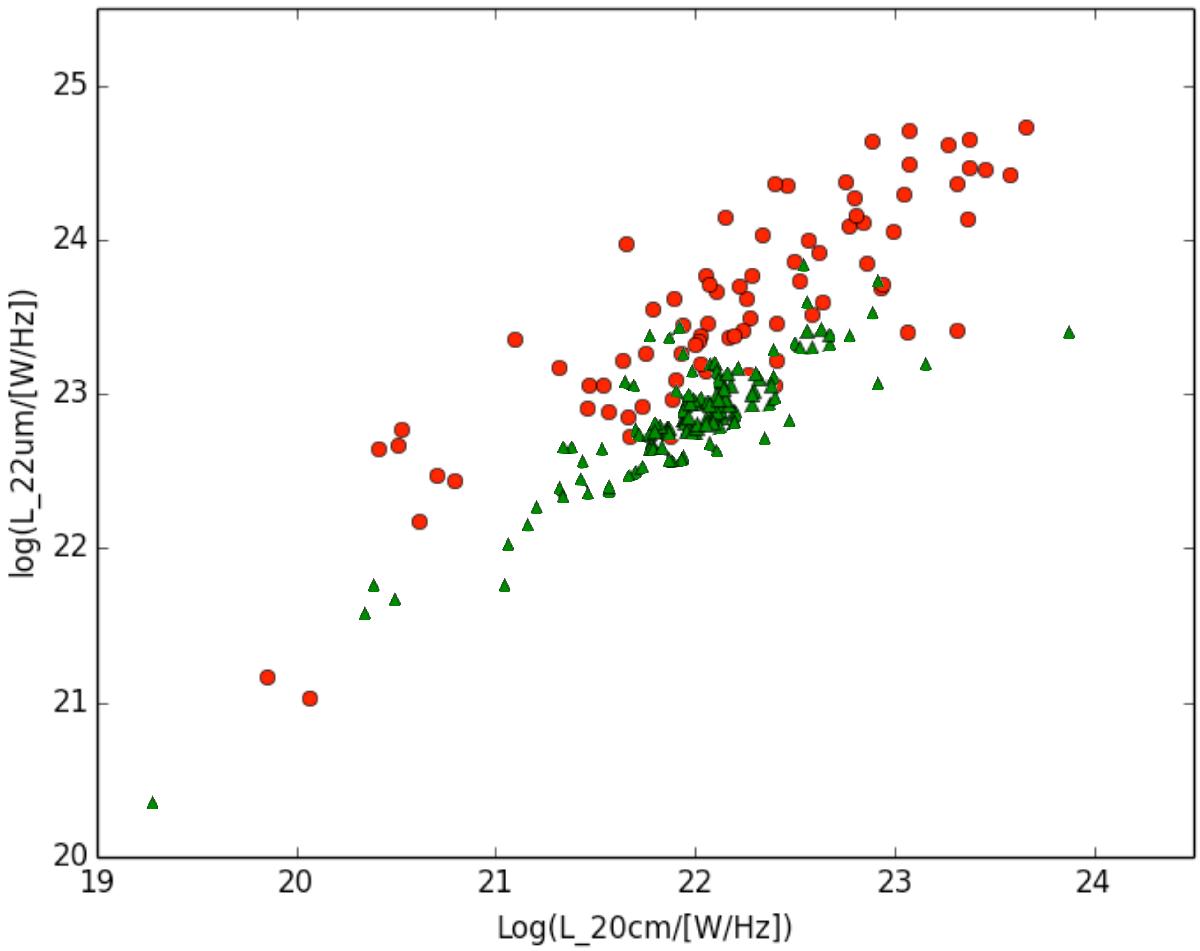