The EUV spectrum of the Sun: SOHO, SEM, and CDS irradiances

We use calibrated extreme-UV (EUV) spectral irradiances obtained from observations with the Solar & Heliospheric Observatory (SOHO) Coronal Diagnostics Spectrometer Normal Incidence Spectrometer (NIS) to estimate the signal measured by the Solar EUV Monitor (SEM) first-order band, 260 to 340 Å (SEM 1). The NIS observes the resonance lines He ii 304 Å and Si xi 303 Å directly in second order. The irradiances of the other lines in the band are estimated with a differential emission measure (DEM) modelling, using updated atomic data. The observations analysed here were obtained during 1998-2011, which means that they span the maximum and minimum of Cycle 23. The current knowledge of the SEM 1 degradation is used to find effective areas during the dates of the NIS observations and to predict the SEM 1 count rates across the band. The total count rates, estimated by folding the NIS-based spectra with the SEM 1 effective areas, agree very well (within 10-20%) with the observed ones during solar minimum conditions, when the He ii 304 Å is the dominant contribution to the band. Excellent agreement with the Solar Dynamics Observatory (SDO) Extreme ultraviolet Variability Experiment (EVE) observations is also found. On the other hand, the predicted SEM 1 count rates during the Cycle-23 maximum are significantly (by about 30%) lower than the observed ones. The solar spectrum in the SEM 1 band changes significantly during maximum conditions, with the He ii 304 Å only contributing about 40%. A significant fraction of the observed count rates comes from coronal emission in an off-band spectral region that has recently been discovered. An explanation for the discrepancy needs further investigation. 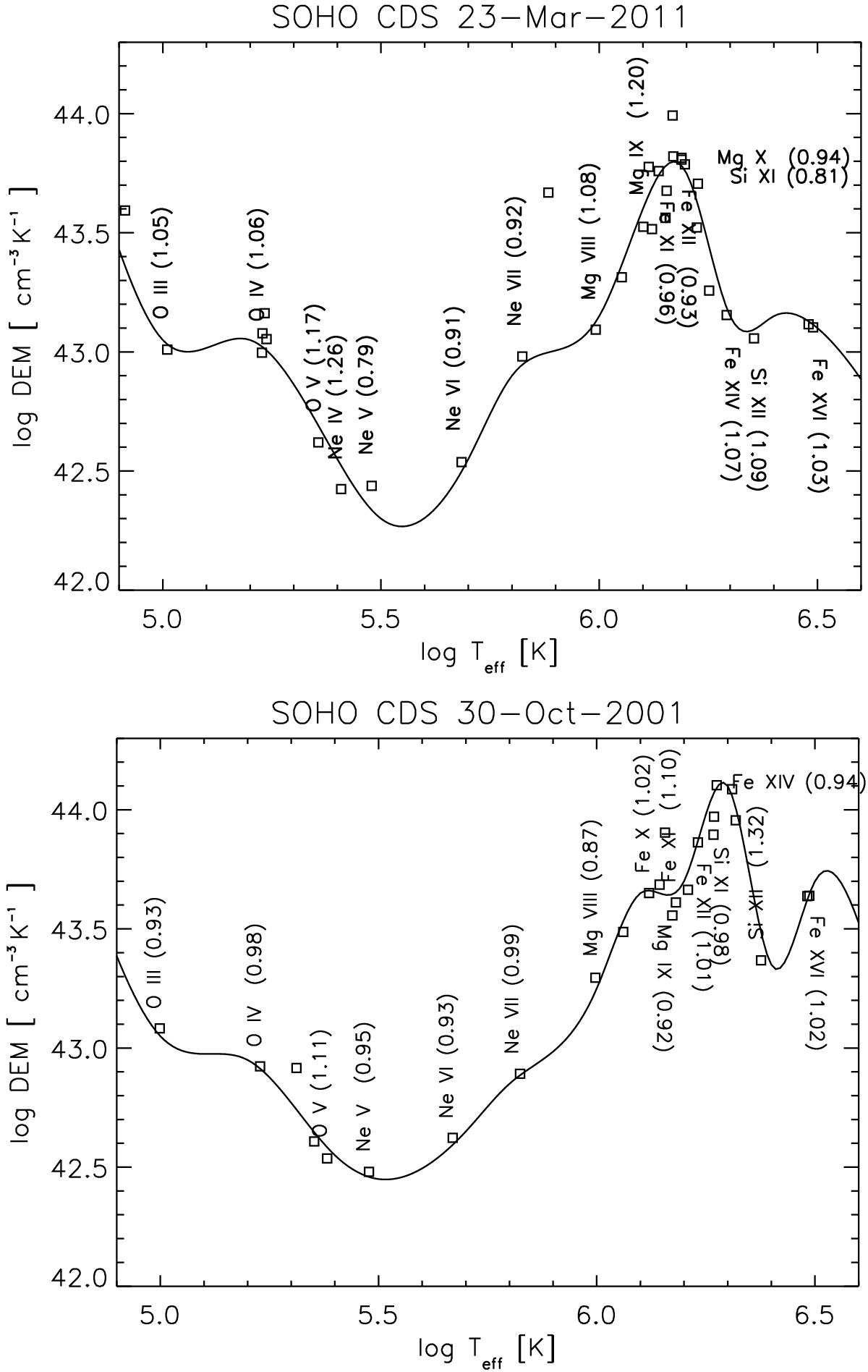