Wolf-Rayet stars in the Small Magellanic Cloud. I. Analysis of the single WN stars

Context. Wolf-Rayet (WR) stars have a severe impact on their environments owing to their strong ionizing radiation fields and powerful stellar winds. Since these winds are considered to be driven by radiation pressure, it is theoretically expected that the degree of the wind mass-loss depends on the initial metallicity of WR stars.
Aims: Following our comprehensive studies of WR stars in the Milky Way, M 31, and the LMC, we derive stellar parameters and mass-loss rates for all seven putatively single WN stars known in the SMC. Based on these data, we discuss the impact of a low-metallicity environment on the mass loss and evolution of WR stars.
Methods: The quantitative analysis of the WN stars is performed with the Potsdam Wolf-Rayet (PoWR) model atmosphere code. The physical properties of our program stars are obtained from fitting synthetic spectra to multi-band observations.
Results: In all SMC WN stars, a considerable surface hydrogen abundance is detectable. The majority of these objects have stellar temperatures exceeding 75 kK, while their luminosities range from 105.5 to 106.1L⊙. The WN stars in the SMC exhibit on average lower mass-loss rates and weaker winds than their counterparts in the Milky Way, M 31, and the LMC.
Conclusions: By comparing the mass-loss rates derived for WN stars in different Local Group galaxies, we conclude that a clear dependence of the wind mass-loss on the initial metallicity is evident, supporting the current paradigm that WR winds are driven by radiation. A metallicity effect on the evolution of massive stars is obvious from the HRD positions of the SMC WN stars at high temperatures and high luminosities. Standard evolution tracks are not able to reproduce these parameters and the observed surface hydrogen abundances. Homogeneous evolution might provide a better explanation for their evolutionary past. 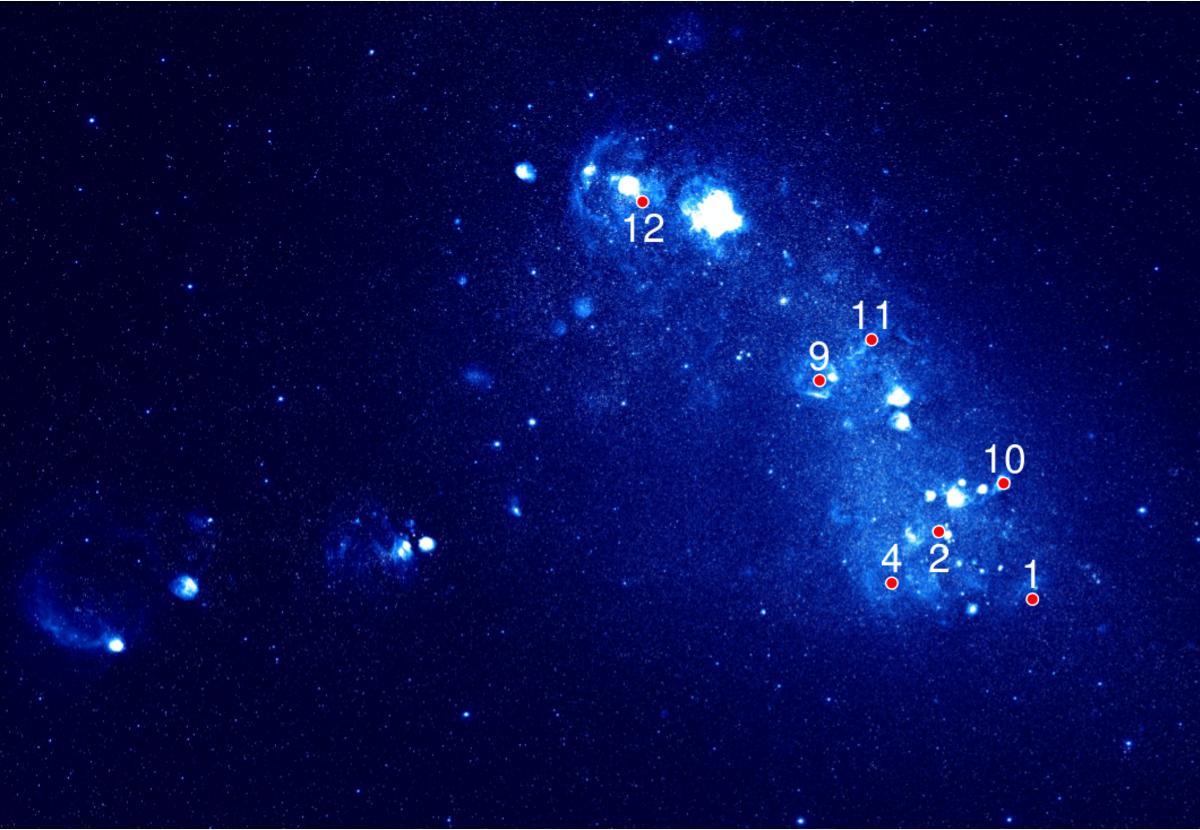