Context. The Stratospheric Observatory for Infrared Astronomy (SOFIA) with its 2.5 m telescope provides new science opportunities for spectroscopic observations of planetary atmospheres in the far-infrared wavelength range.
Aims: This paper presents first results from the 14 May, 2014 observing campaign of the Martian atmosphere at 4.7 THz using the German REceiver for Astronomy at Terahertz frequencies (GREAT) instrument.
Methods: The atomic oxygen 63 μm transition, OI, was detected in absorption against the Mars continuum, with a high signal-to-noise ratio (~35). A beam-averaged atomic oxygen from a global circulation model was used as input to the radiative transfer simulations of the observed line area and to obtain a new estimate on the column density using a grid-search method.
Results: Minimizing differences between the calculated and observed line intensities in the least-square sense yields an atomic oxygen column density of (1.1 ± 0.2) × 1017 cm-2. This value is about twice as low as predicted by a modern photochemical model of Mars. The radiative transfer simulations indicate that the line forms in the upper atmospheric region over a rather extended altitude region of 70-120 km.
Conclusions: For the first time, a far-infrared transition of the atomic oxygen line was detected in the atmosphere of Mars. The absorption depth provides an estimate on the column density, and this measurement provides additional means to constrain the photochemical models in global circulation models and airglow studies. The lack of other means for monitoring the atomic oxygen in the Martian upper atmosphere makes future observations with the SOFIA observatory highly desirable. 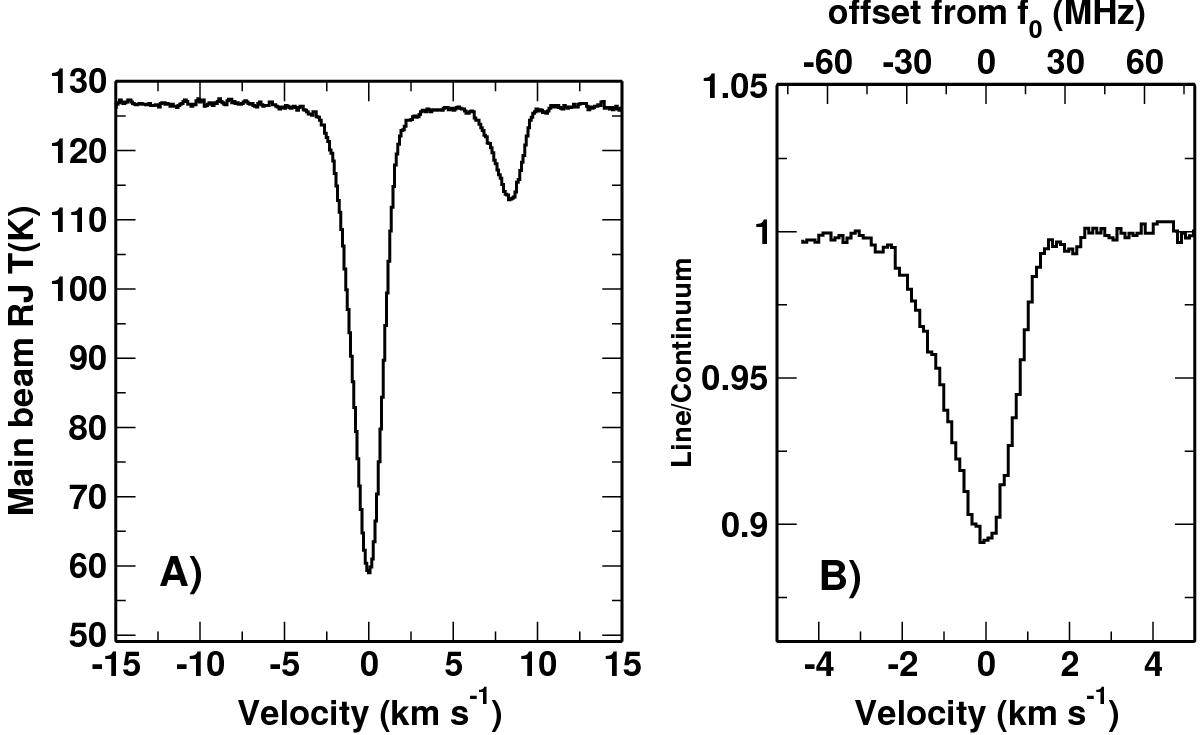