Context. The initial distribution of spin rates of massive stars is a fingerprint of their elusive formation process. It also sets a key initial condition for stellar evolution and is thus an important ingredient in stellar population synthesis. So far, most studies have focused on single stars. Most O stars are, however, found in multiple systems.
Aims: By establishing the spin-rate distribution of a sizeable sample of O-type spectroscopic binaries and by comparing the distributions of binary subpopulations with one another and with that of presumed-single stars in the same region, we aim to constrain the initial spin distribution of O stars in binaries, and to identify signatures of the physical mechanisms that affect the evolution of the spin rates of massive stars.
Methods: We use ground-based optical spectroscopy obtained in the framework of the VLT-FLAMES Tarantula Survey (VFTS) to establish the projected equatorial rotational velocities (νesini) for components of 114 spectroscopic binaries in 30 Doradus. The νesini values are derived from the full width at half maximum (FWHM) of a set of spectral lines, using a FWHM vs. νesini calibration that we derive based on previous line analysis methods applied to single O-type stars in the VFTS sample.
Results: The overall νesini distribution of the primary stars resembles that of single O-type stars in the VFTS, featuring a low-velocity peak (at νesini< 200 kms-1) and a shoulder at intermediate velocities (200 < νesini< 300 kms-1). The distributions of binaries and single stars, however, differ in two ways. First, the main peak at νesini ~ 100kms-1 is broader and slightly shifted towards higher spin rates in the binary distribution than that of the presumed-single stars. This shift is mostly due to short-period binaries (Porb~< 10 d). Second, the νesini distribution of primaries lacks a significant population of stars spinning faster than 300 kms-1, while such a population is clearly present in the single-star sample. The νesini distribution of binaries with amplitudes of radial velocity variation in the range of 20 to 200 kms-1 (mostly binaries with Porb ~ 10-1000 d and/or with q< 0.5) is similar to that of single O stars below νesini~< 170kms-1.
Conclusions: Our results are compatible with the assumption that binary components formed with the same spin distribution as single stars, and that this distribution contains few or no fast-spinning stars. The higher average spin rate of stars in short-period binaries may either be explained by spin-up through tides in such tight binary systems, or by spin-down of a fraction of the presumed-single stars and long-period binaries through magnetic braking (or by a combination of both mechanisms). Most primaries and secondaries of SB2 systems with Porb~< 10 d appear to have similar rotational velocities. This is in agreement with tidal locking in close binaries where the components have similar radii. The lack of very rapidly spinning stars among binary systems supports the idea that most stars with νesini~> 300kms-1 in the single-star sample are actually spun-up post-binary interaction products. Finally, the overall similarities (low-velocity peak and intermediate-velocity shoulder) of the spin distribution of binary and single stars argue for a massive star formation process in which the initial spin is set independently of whether stars are formed as single stars or as components of a binary system.

Based on observations collected at the European Southern Observatory under program ID 182.D-0222.Appendix A is available in electronic form at http://www.aanda.org 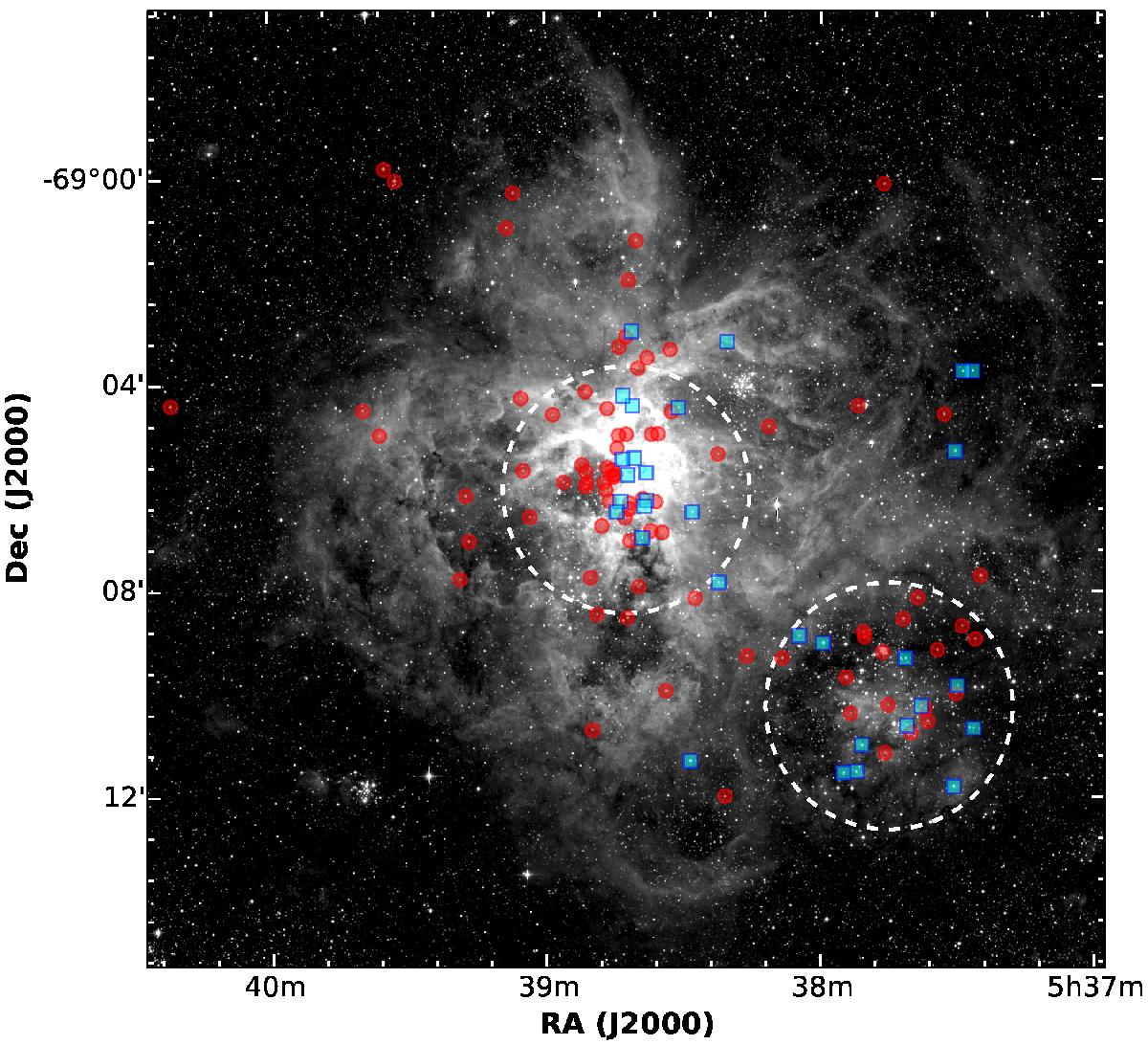