Context. Transiting highly inflated giant planets offer the possibility of characterizing their atmospheres. A fraction of the starlight passes through the high-altitude layers of the planetary atmosphere during transit. The resulting absorption is expected to be wavelength dependent for cloud-free atmospheres with an amplitude of up to 10-3 of the stellar flux, while a high-altitude cloud deck would cause a gray opacity.
Aims: We observed the Saturn-mass and Jupiter-sized exoplanet HAT-P-19b to refine its transit parameters and ephemeris as well as to shed first light on its transmission spectrum. We monitored the host star over one year to quantify its flux variability and to correct the transmission spectrum for a slope caused by starspots.
Methods: A transit of HAT-P-19b was observed spectroscopically with OSIRIS at the Gran Telescopio Canarias in January 2012. The spectra of the target and the comparison star covered the wavelength range from 5600 to 7600 Å. One high-precision differential light curve was created by integrating the entire spectral flux. This white-light curve was used to derive absolute transit parameters. Furthermore, a set of light curves over wavelength was formed by a flux integration in 41 wavelength channels of 50 Å width. We analyzed these spectral light curves for chromatic variations of transit depth.
Results: The transit fit of the combined white-light curve yields a refined value of the planet-to-star radius ratio of 0.1390 ± 0.0012 and an inclination of 88.89 ± 0.32 deg. After a re-analysis of published data, we refine the orbital period to 4.0087844 ± 0.0000015 days. We obtain a flat transmission spectrum without significant additional absorption at any wavelength or any slope. However, our accuracy is not sufficient to significantly rule out the presence of a pressure-broadened sodium feature. Our photometric monitoring campaign allowed for an estimate of the stellar rotation period of 35.5 ± 2.5 days and an improved age estimate of 5.5+ 1.8-1.3 Gyr by gyrochronology. The calculated correction of the transit depth for unocculted spots on the visible hemisphere was found to be well within the derived 1σ uncertainty of the white-light curve and the spectral data points of the transmission spectrum.

Based on observations made with the Gran Telescopio Canarias (GTC), installed in the Spanish Observatorio del Roque de los Muchachos of the Instituto de Astrofisica de Canarias, in the island of La Palma, as well as on data obtained with the STELLA robotic telescope in Tenerife, an AIP facility jointly operated by AIP and IAC.Tables 1 and 3 are available in electronic form at http://www.aanda.org 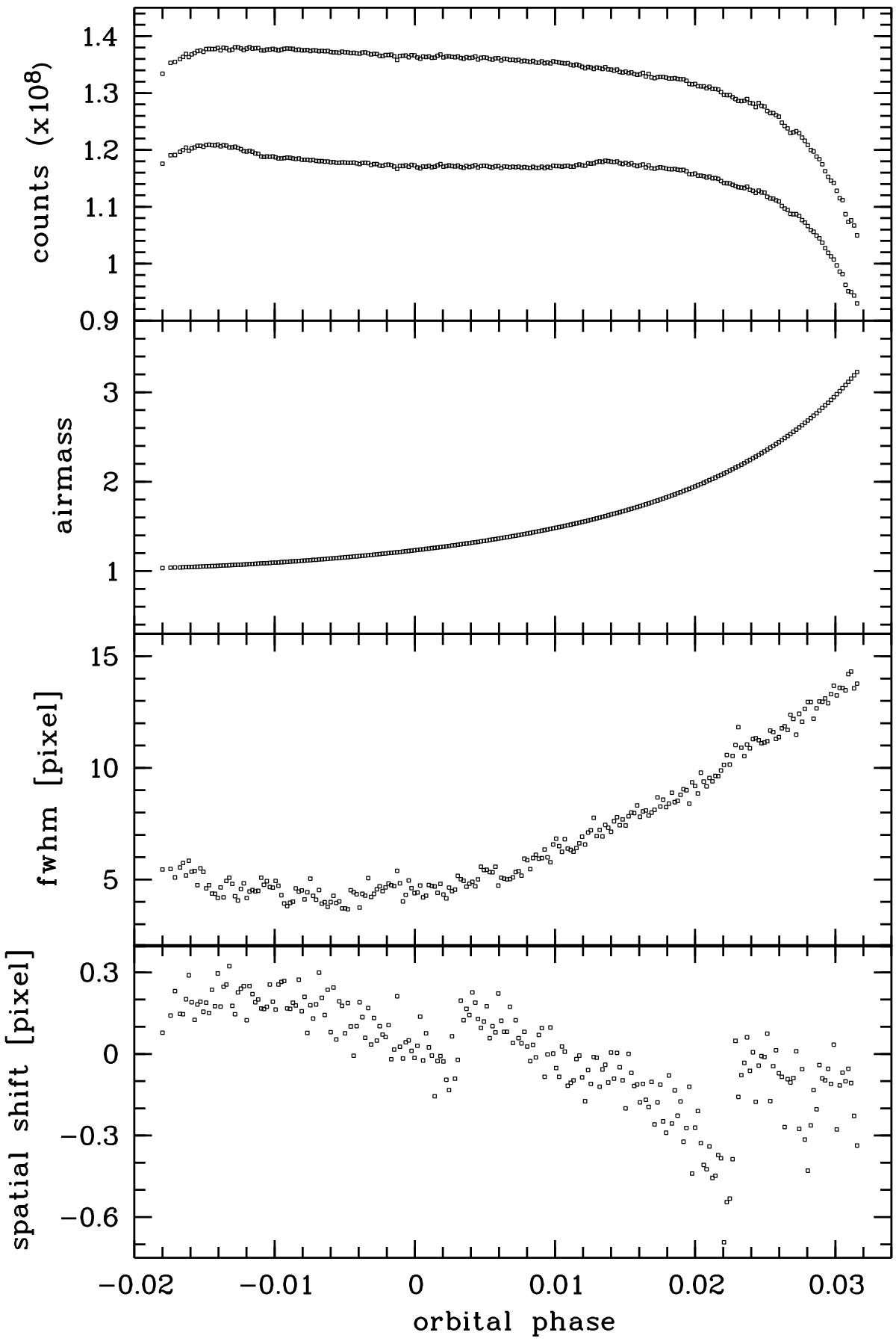