The build-up of the cD halo of M 87: evidence for accretion in the last Gyr


Aims: We present kinematic and photometric evidence for an accretion event in the halo of the cD galaxy M 87 in the last Gyr.
Methods: Using velocities for ~300 planetary nebulas (PNs) in the M 87 halo, we identify a chevron-like substructure in the PN phase-space. We implement a probabilistic Gaussian mixture model to identify PNs that belong to the chevron. From analysis of deep V-band images of M 87, we find that the region with the highest density of chevron PNs is a crown-shaped substructure in the light.
Results: We assign a total of NPN,sub = 54 to the substructure, which extends over ~50 kpc along the major axis where we also observe radial variations of the ellipticity profile and a colour gradient. The substructure has highest surface brightness in a 20 kpc × 60 kpc region around 70 kpc in radius. In this region, the substructure causes an increase in surface brightness by ≳60%. The accretion event is consistent with a progenitor galaxy with a V-band luminosity of L = 2.8±1.0×109 L⊙ ,V, a colour of (B - V) = 0.76±0.05, and a stellar mass of M = 6.4±2.3×109 M⊙.
Conclusions: The accretion of this progenitor galaxy has caused an important modification of the outer halo of M 87 in the last Gyr. This result provides strong evidence that the galaxy's cD halo is growing through the accretion of smaller galaxies as predicted by hierarchical galaxy evolution models. 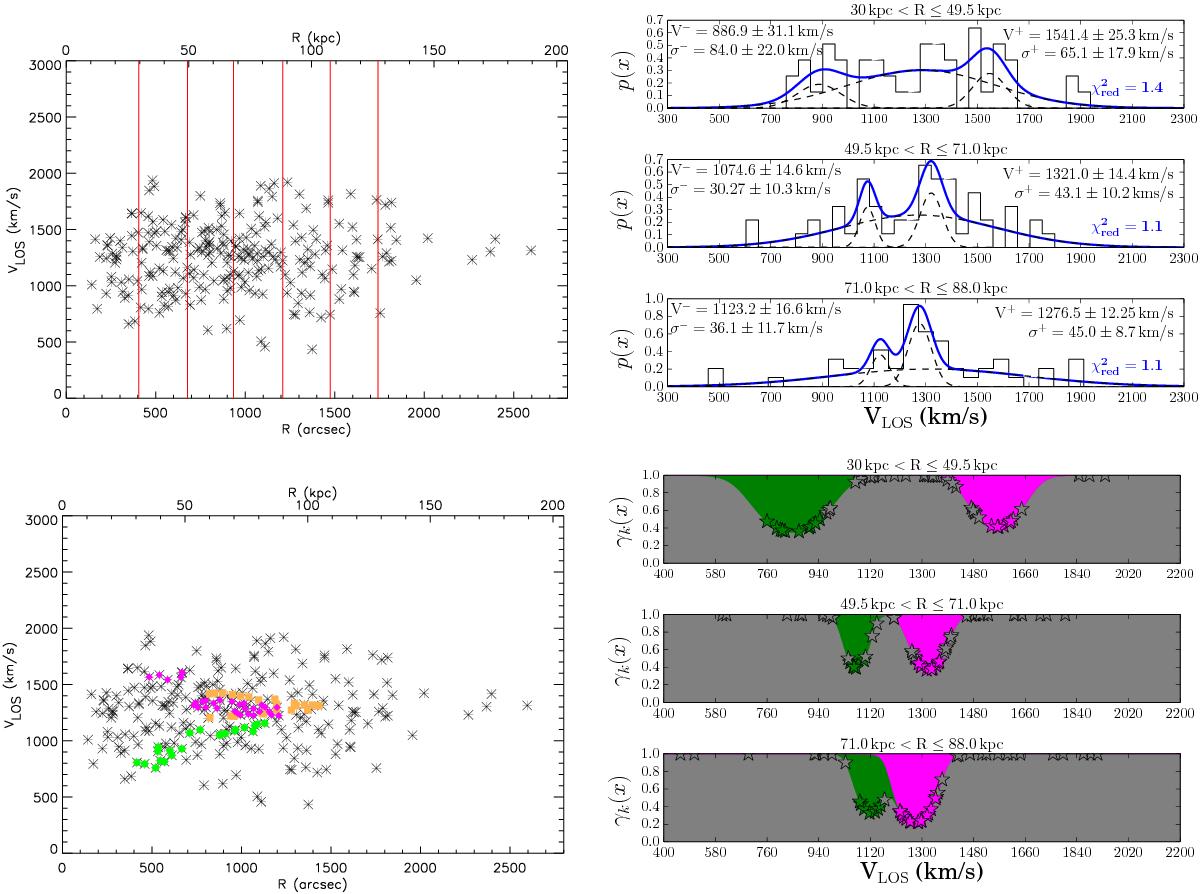