The GAPS Programme with HARPS-N at TNG. VIII. Observations of the Rossiter-McLaughlin effect and characterisation of the transiting planetary systems HAT-P-36 and WASP-11/HAT-P-10

Context. Orbital obliquity is thought to be a fundamental parameter in tracing the physical mechanisms that cause the migration of giant planets from the snow line down to roughly 10-2 au from their host stars. We are carrying out a large programme to estimate the spin-orbit alignment of a sample of transiting planetary systems to study what the possible configurations of orbital obliquity are and whether they correlate with other stellar or planetary properties.
Aims: We determine the true and the projected obliquity of HAT-P-36 and WASP-11/HAT-P-10 systems, respectively, which are both composed of a relatively cool star (with effective temperature Teff< 6100 K) and a hot-Jupiter planet.
Methods: Thanks to the high-resolution spectrograph HARPS-N, we observed the Rossiter-McLaughlin effect for both systems by acquiring precise (3-8 m s-1) radial-velocity measurements during planetary transit events. We also present photometric observations comprising six light curves that cover five transit events, which were obtained using three medium-class telescopes. One transit of WASP-11/HAT-P-10 was followed simultaneously from two observatories. The three transit light curves of HAT-P-36 b show anomalies that are attributable to starspot complexes on the surface of the parent star, in agreement with the analysis of its spectra that indicates moderate activity ( log R'HK = -4.65 dex). By analysing the complete HATNet data set of HAT-P-36, we estimated the stellar rotation period by detecting a periodic photometric modulation in the light curve caused by star spots, obtaining Prot = 15.3 ± 0.4 days, which implies that the inclination of the stellar rotational axis with respect to the line of sight is i⋆ = 65° ± 34°.
Results: We used the new spectroscopic and photometric data to revise the main physical parameters and measure the sky-projected misalignment angle of the two systems. We found λ = -14° ± 18° for HAT-P-36 and λ = 7° ± 5° for WASP-11/HAT-P-10, indicating in both cases a good spin-orbit alignment. In the case of HAT-P-36, we were also able to estimate an upper limit of its real obliquity, which turned out to be ψ< 63 degrees. 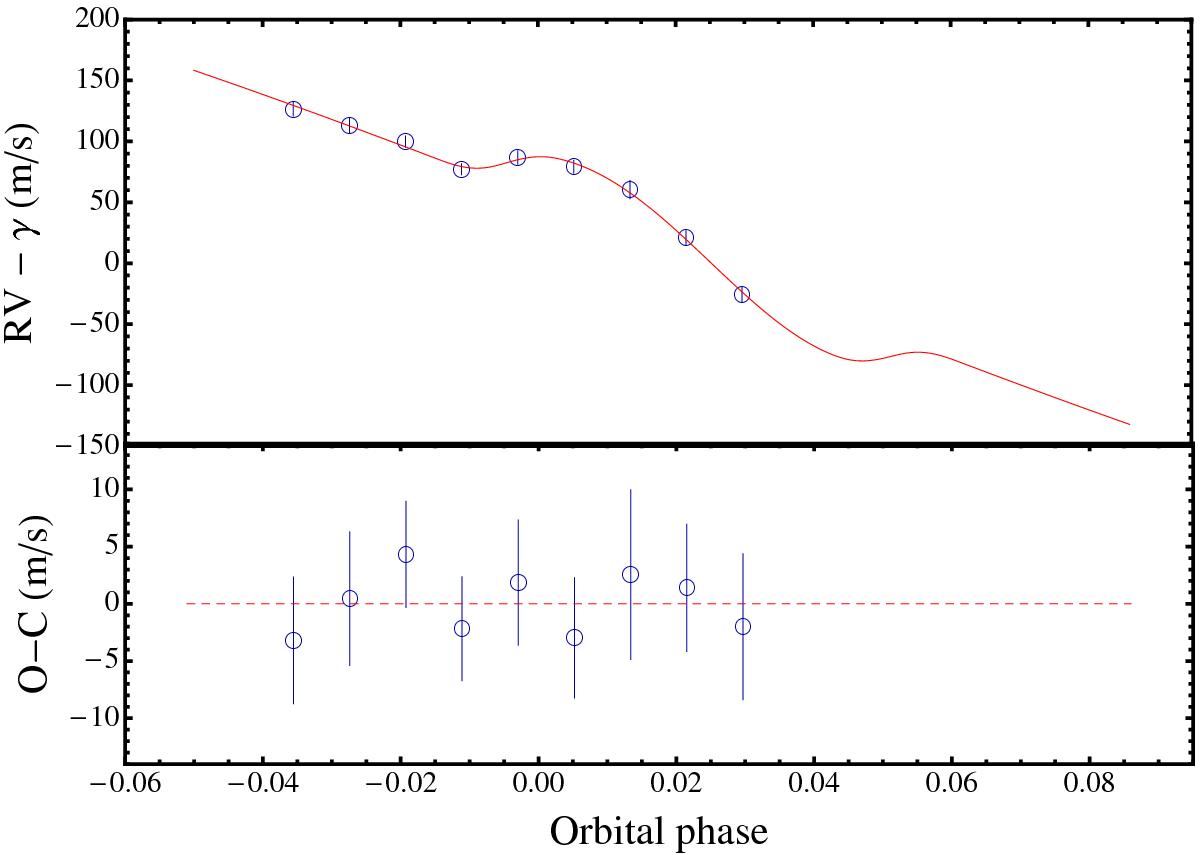