Context. The most striking feature of the cosmic star formation history (CSFH) of the Universe is a dramatic drop in the star formation (SF) activity after z ~ 1.
Aims: In this work we investigate whether the very same process of assembly and growth of structures is one of the major drivers of the observed decline in the Universe's SF activity.
Methods: We study the contribution to the CSFH of galaxies in halos of different masses. This is done by studying the total SF rate-halo mass-redshift plane from redshift 0 to redshift ~1.6 in a sample of 57 groups and clusters by using the deepest available mid- and far-infrared surveys conducted with Spitzer MIPS and Herschel PACS and SPIRE, on blank (ECDFS, CDFN, and the COSMOS) and cluster fields.
Results: Our results show that low mass groups (Mhalo ~ 6 × 1012-6 × 1013 M⊙) provide a 60-80% contribution to the CSFH at z ~ 1. This contribution has declined faster than the CSFH in the past 8 billion years to less than 10% at z < 0.3, where the overall SF activity is sustained by lower mass halos. More massive systems (Mhalo > 6 × 1013 M⊙) provide only a marginal contribution (<10%) at any epoch. A simplified abundance-matching method shows that the large contribution of low mass groups at z ~ 1 is due to a large fraction (>50%) of very massive, highly star-forming main sequence galaxies. Below z ~ 1 a quenching process must take place in massive halos to cause the observed faster suppression of their SF activity. Such a process must be a slow one, though, since most of the models implementing a rapid quenching of the SF activity in accreting satellites significantly underpredict the observed SF level in massive halos at any redshift. This would rule out short time-scale mechanisms such as ram pressure stripping. Instead, starvation or the satellite's transition from cold to hot accretion would provide a quenching timescale of 1 to few Gyr that is more consistent with the observations.
Conclusions: Our results suggest a scenario in which, owing to the structure formation process, more and more galaxies experience the group environment and the associated quenching process in the past 8 billion years. This leads to the progressive suppression of their SF activity so that it shapes the CSFH below z ~ 1. 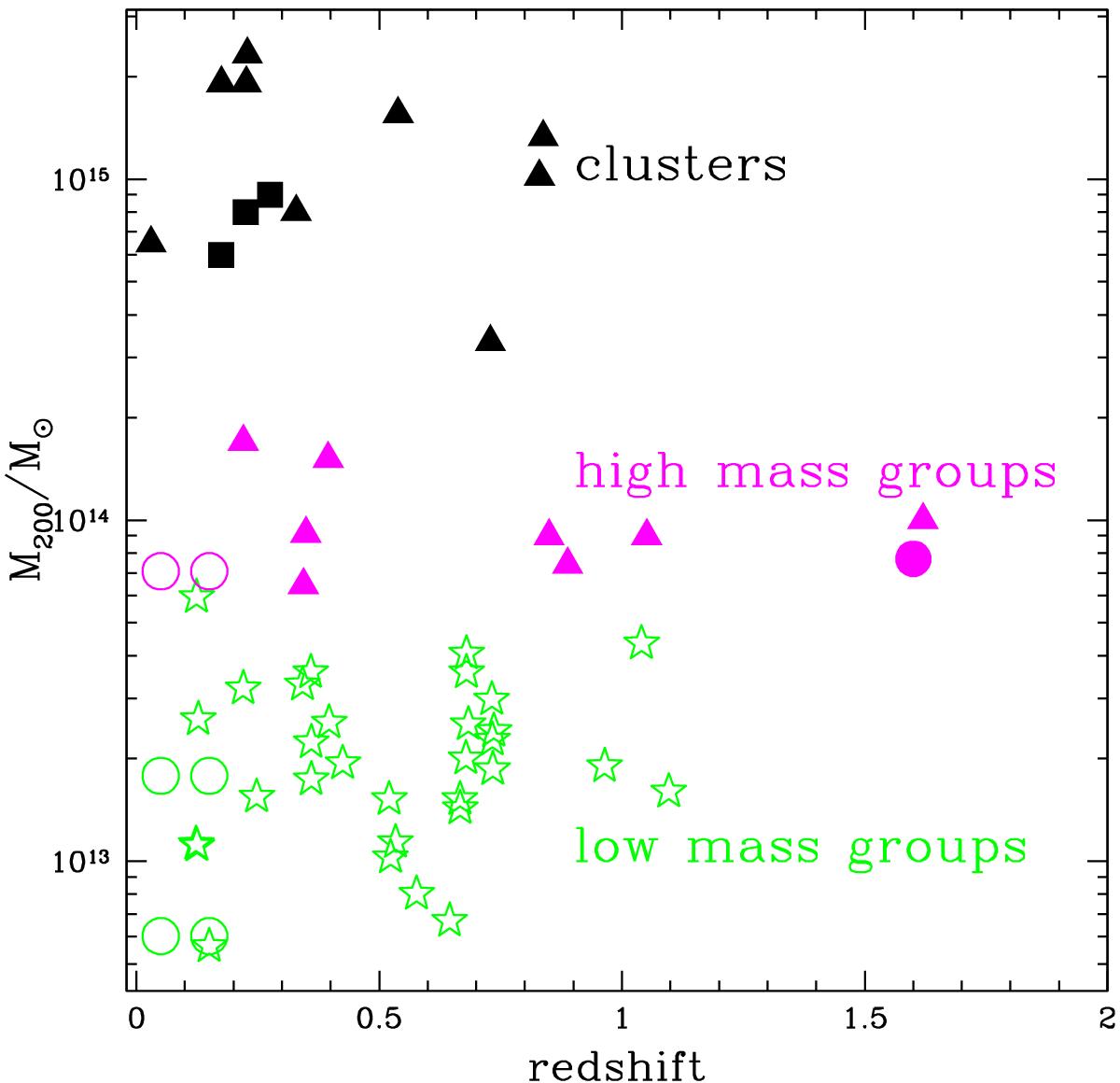