Aims: Building on the two-point correlation function analyses of the VIMOS Public Extragalactic Redshift Survey (VIPERS), we investigate the higher-order correlation properties of the same galaxy samples to test the hierarchical scaling hypothesis at z ~ 1 and the dependence on galaxy luminosity, stellar mass, and redshift. With this work we also aim to assess possible deviations from the linearity of galaxy bias independently from a previously performed analysis of our survey.
Methods: We have measured the count probability distribution function in spherical cells of varying radii (3 ≤ R ≤ 10 h-1 Mpc), deriving σ8g (the galaxy rms at 8 h-1 Mpc), the volume-averaged two-, three-, and four-point correlation functions and the normalized skewness S3g and kurtosis S4g for different volume-limited subsamples, covering the following ranges: -19.5 ≤ MB(z = 1.1) - 5log (h) ≤ -21.0 in absolute magnitude, 9.0 ≤ log (M∗/M☉h-2) ≤ 11.0 in stellar mass, and 0.5 ≤ z< 1.1 in redshift.
Results: We have performed the first measurement of high-order correlation functions at z ~ 1 in a spectroscopic redshift survey. Our main results are the following. 1) The hierarchical scaling between the volume-averaged two- and three-point and two- and four-point correlation functions holds throughout the whole range of scale and redshift we could test. 2) We do not find a significant dependence of S3g on luminosity (below z = 0.9 the value of S3g decreases with luminosity, but only at 1σ-level). 3) We do not detect a significant dependence of S3g and S4g on scale, except beyond z ~ 0.9, where S3g and S4g have higher values on large scales (R ≥ 10 h-1 Mpc): this increase is mainly due to one of the two CFHTLS Wide Fields observed by VIPERS and can be explained as a consequence of sample variance, consistently with our analysis of mock catalogs. 4) We do not detect a significant evolution of S3g and S4g with redshift (apart from the increase of their values with scale in the last redshift bin). 5) σ8g increases with luminosity, but does not show significant evolution with redshift. As a consequence, the linear bias factor b = σ8g/σ8m, where σ8m is the rms of matter at a scale of 8 h-1 Mpc, increases with redshift, in agreement with the independent analysis of VIPERS and of other surveys such as the VIMOS-VLT Deep Survey (VVDS). We measure the lowest bias b = 1.47 ± 0.18 for galaxies with MB(z = 1.1) - 5log (h) ≤ -19.5 in the first redshift bin (0.5 ≤ z< 0.7) and the highest bias b = 2.12 ± 0.28 for galaxies with MB(z = 1.1) - 5log (h) ≤ -21.0 in the last redshift bin (0.9 ≤ z< 1.1). 6) We quantify deviations from the linear bias by means of the Taylor expansion parameter b2. We obtain b2 = -0.20 ± 0.49 for 0.5 ≤ z< 0.7 and b2 = -0.24 ± 0.35 for 0.7 ≤ z< 0.9, while for the redshift range 0.9 ≤ z< 1.1 we find b2 = + 0.78 ± 0.82. These results are compatible with a null non-linear bias term, but taking into account another analysis for VIPERS and the analysis of other surveys, we argue that there is evidence for a small but non-zero non-linear bias term.

Based on observations collected at the European Southern Observatory, Cerro Paranal, Chile, using the Very Large Telescope under programs 182.A-0886 and partly 070.A-9007. Also based on observations obtained with MegaPrime/MegaCam, a joint project of CFHT and CEA/DAPNIA, at the Canada-France-Hawaii Telescope (CFHT), which is operated by the National Research Council (NRC) of Canada, the Institut National des Sciences de l'Univers of the Centre National de la Recherche Scientifique (CNRS) of France, and the University of Hawaii. This work is based in part on data products produced at TERAPIX and the Canadian Astronomy Data Centre as part of the Canada-France-Hawaii Telescope Legacy Survey, a collaborative project of NRC and CNRS. The VIPERS web site is http://www.vipers.inaf.it 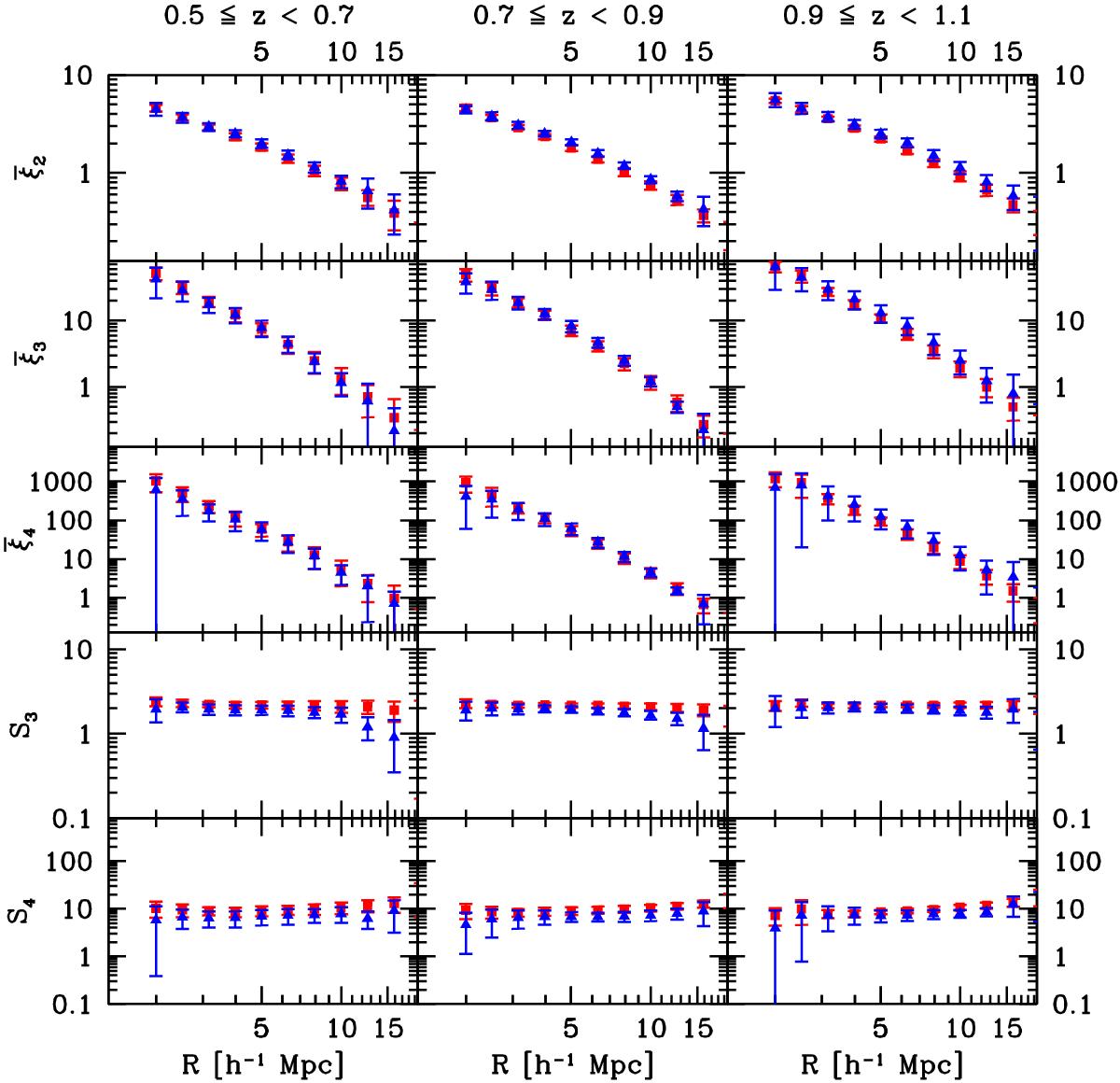