TOPoS . II. On the bimodality of carbon abundance in CEMP stars Implications on the early chemical evolution of galaxies

Context. In the course of the Turn Off Primordial Stars (TOPoS) survey, aimed at discovering the lowest metallicity stars, we have found several carbon-enhanced metal-poor (CEMP) stars. These stars are very common among the stars of extremely low metallicity and provide important clues to the star formation processes. We here present our analysis of six CEMP stars.
Aims: We want to provide the most complete chemical inventory for these six stars in order to constrain the nucleosynthesis processes responsible for the abundance patterns.
Methods: We analyse both X-Shooter and UVES spectra acquired at the VLT. We used a traditional abundance analysis based on OSMARCS 1D local thermodynamic equilibrium (LTE) model atmospheres and the turbospectrum line formation code.
Results: Calcium and carbon are the only elements that can be measured in all six stars. The range is -5.0 ≤ [Ca/H] <-2.1 and 7.12 ≤ A(C) ≤ 8.65. For star SDSS J1742+2531 we were able to detect three Fe i lines from which we deduced [Fe/H] = -4.80, from four Ca ii lines we derived [Ca/H] = -4.56, and from synthesis of the G-band we derived A(C) = 7.26. For SDSS J1035+0641 we were not able to detect any iron lines, yet we could place a robust (3σ) upper limit of [Fe/H] < -5.0 and measure the Ca abundance, with [Ca/H] = -5.0, and carbon, A(C) = 6.90, suggesting that this star could be even more metal-poor than SDSS J1742+2531. This makes these two stars the seventh and eighth stars known so far with [Fe/H] < -4.5, usually termed ultra-iron-poor (UIP) stars. No lithium is detected in the spectrum of SDSS J1742+2531 or SDSS J1035+0641, which implies a robust upper limit of A(Li) < 1.8 for both stars.
Conclusions: Our measured carbon abundances confirm the bimodal distribution of carbon in CEMP stars, identifying a high-carbon band and a low-carbon band. We propose an interpretation of this bimodality according to which the stars on the high-carbon band are the result of mass transfer from an AGB companion, while the stars on the low-carbon band are genuine fossil records of a gas cloud that has also been enriched by a faint supernova (SN) providing carbon and the lighter elements. The abundance pattern of the UIP stars shows a large star-to-star scatter in the [X/Ca] ratios for all elements up to aluminium (up to 1 dex), but this scatter drops for heavier elements and is at most of the order of a factor of two. We propose that this can be explained if these stars are formed from gas that has been chemically enriched by several SNe, that produce the roughly constant [X/Ca] ratios for the heavier elements, and in some cases the gas has also been polluted by the ejecta of a faint SN that contributes the lighter elements in variable amounts. The absence of lithium in four of the five known unevolved UIP stars can be explained by a dominant role of fragmentation in the formation of these stars. This would result either in a destruction of lithium in the pre-main-sequence phase, through rotational mixing or to a lack of late accretion from a reservoir of fresh gas. The phenomenon should have varying degrees of efficiency. 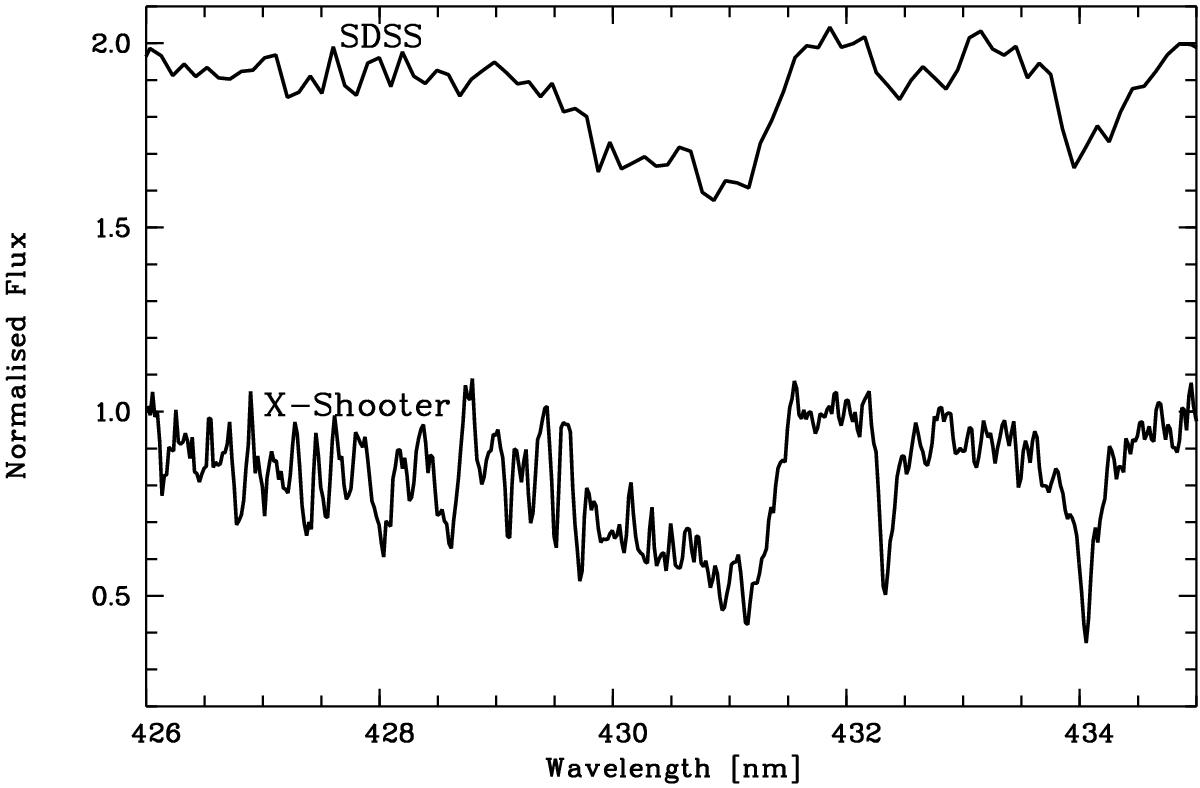