Context. Magnetic cataclysmic variables are close binary systems containing a strongly magnetized white dwarf that accretes matter coming from an M-dwarf companion. The high magnetic field strength leads to the formation of an accretion column instead of an accretion disk. High-energy radiation coming from those objects is emitted from the column close to the white dwarf photosphere at the impact region. Its properties depend on the characteristics of the white dwarf and an accurate accretion column model allows the properties of the binary system to be inferred, such as the white dwarf mass, its magnetic field, and the accretion rate.
Aims: We study the temporal and spectral behaviour of the accretion region and use the tools we developed to accurately connect the simulation results to the X-ray and optical astronomical observations.
Methods: The radiation hydrodynamics code Hades was adapted to simulate this specific accretion phenomena. Classical approaches were used to model the radiative losses of the two main radiative processes: bremsstrahlung and cyclotron. Synthetic light curves and X-ray spectra were extracted from numerical simulations. A fast Fourier analysis was performed on the simulated light curves. The oscillation frequencies and amplitudes in the X-ray and optical domains are studied to compare those numerical results to observational ones. Different dimensional formulae were developed to complete the numerical evaluations.
Results: The complete characterization of the emitting region is described for the two main radiative regimes: when only the bremsstrahlung losses and when both cyclotron and bremsstrahlung losses are considered. The effect of the non-linear cooling instability regime on the accretion column behaviour is analysed. Variation in luminosity on short timescales (~1 s quasi-periodic oscillations) is an expected consequence of this specific dynamic. The importance of secondary shock instability on the quasi-periodic oscillation phenomenon is discussed. The stabilization effect of the cyclotron process is confirmed by our numerical simulations, as well as the power distribution in the various modes of oscillation. 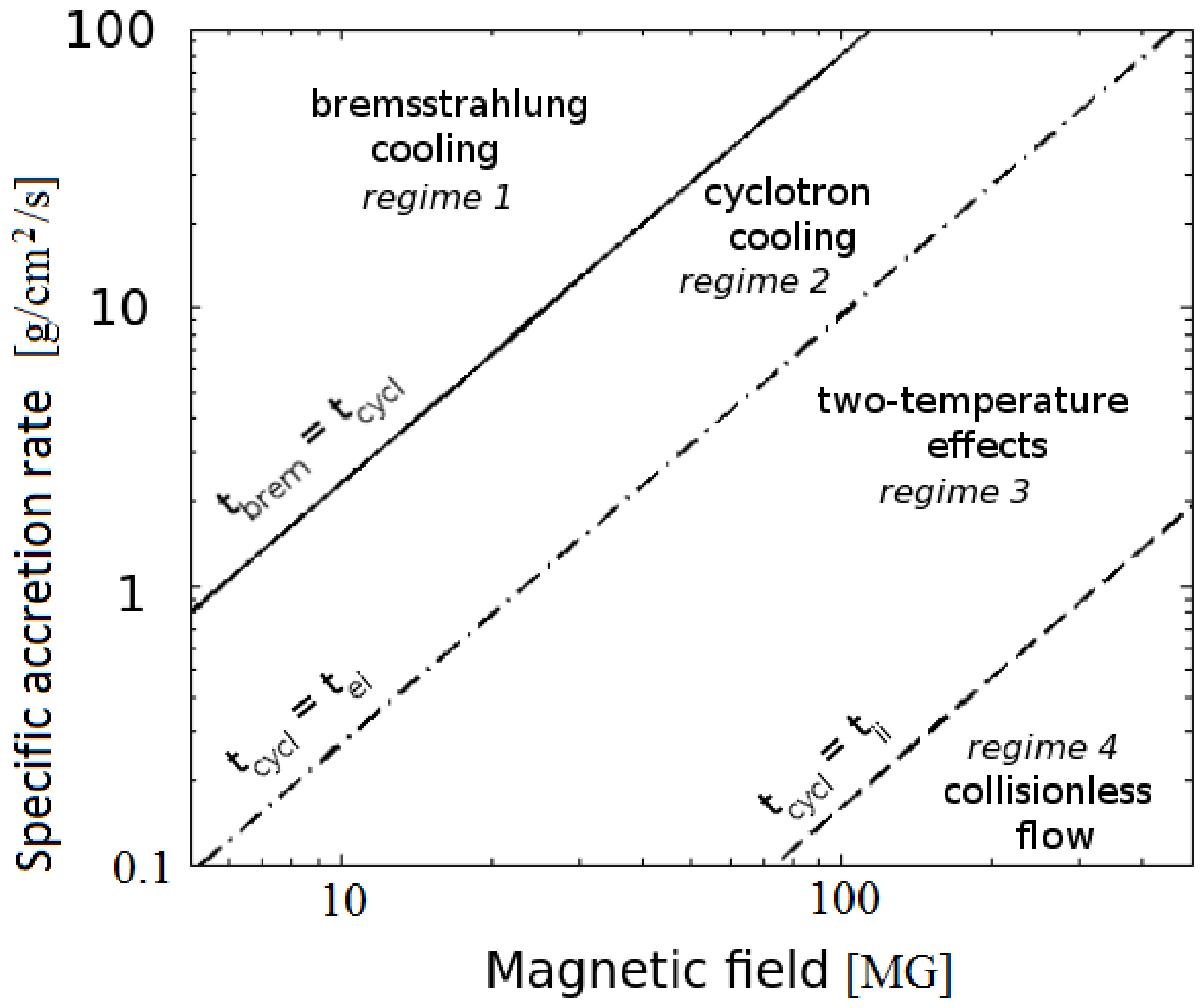