We present the radial velocity confirmation of the extrasolar planet Kepler-447b, initially detected as a candidate by the Kepler mission. In this work, we analyzeits transit signal and the radial velocity data obtained with the Calar Alto Fiber-fed Echelle spectrograph (CAFE). By simultaneously modeling both datasets, we obtain the orbital and physical properties of the system. According to our results, Kepler-447b is a Jupiter-mass planet (Mp = 1.37+0.48-0.46 MJup), with an estimated radius of Rp = 1.65+0.59-0.56 RJup (uncertainties provided in this work are 3σ unless specified). This translates into a sub-Jupiter density. The planet revolves every ~7.8 days in a slightly eccentric orbit (e = 0.123+0.037-0.036) around a G8V star with detected activity in the Kepler light curve. Kepler-447b transits its host with a large impact parameter (b = 1.076+0.112-0.086), which is one of the few planetary grazing transits confirmed so far and the first in the Kepler large crop of exoplanets. We estimate that only around 20% of the projected planet disk occults the stellar disk. The relatively large uncertainties in the planet radius are due to the large impact parameter and short duration of the transit. Planetary transits with large impact parameters (and in particular grazing transits) can be used to detect and analyze interesting configurations, such as additional perturbing bodies, stellar pulsations, rotation of a non-spherical planet, or polar spot-crossing events. All these scenarios will periodically modify the transit properties (depth, duration, and time of mid-transit), which could be detectable with sufficiently accurate photometry. Short-cadence photometric data (at the 1-min level) would help in the search for these exotic configurations in grazing planetary transits like that of Kepler-447b. This system could then be an excellent target for the forthcoming missions TESS and CHEOPS, which will provide the required photometric precision and cadence to study this type of transit. 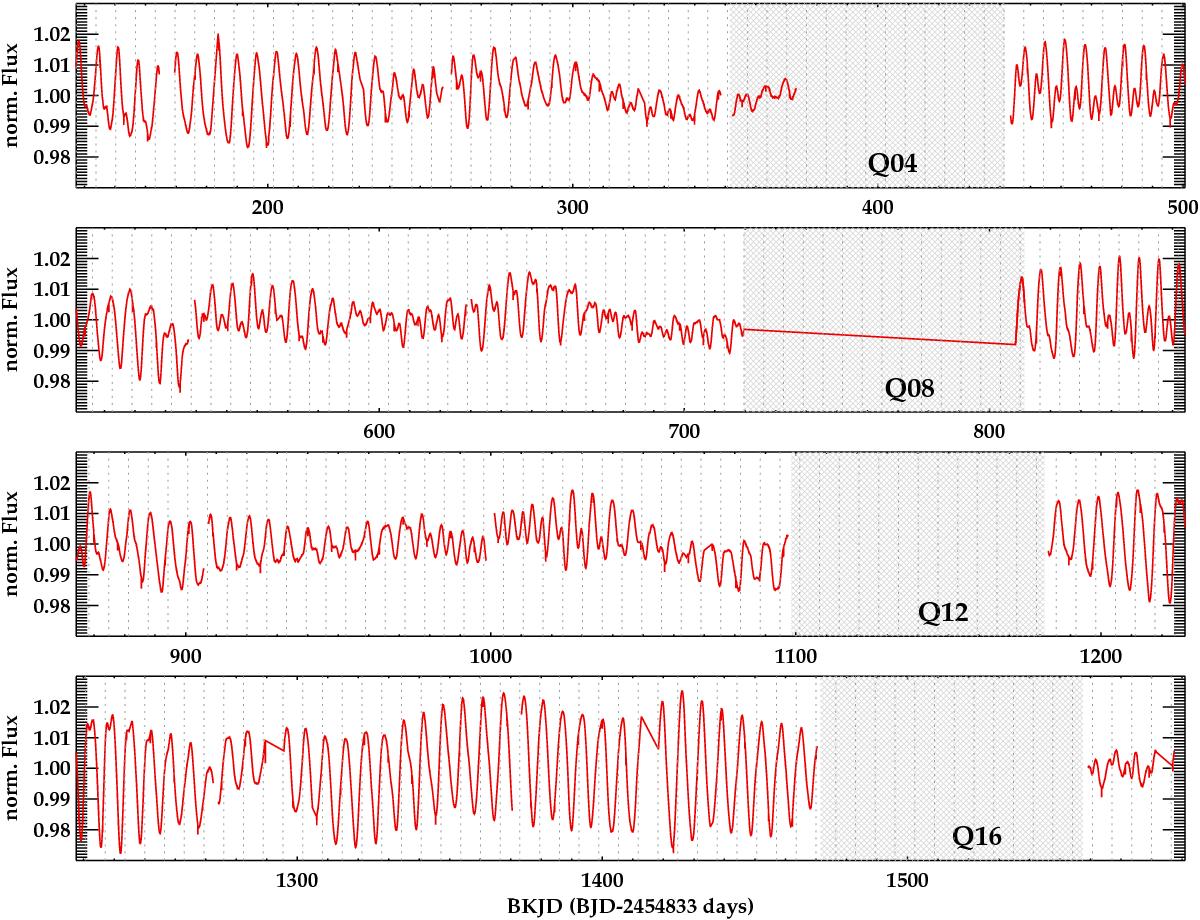