Aims: This work investigates the potential of using the wavelength-dependence of galaxy structural parameters (Sérsic index, n, and effective radius, Re) to separate galaxies into distinct types.
Methods: A sample of nearby galaxies with reliable visual morphologies is considered, for which we measure structural parameters by fitting multi-wavelength single-Sérsic models. Additionally, we use a set of artificially redshifted galaxies to test how these classifiers behave when the signal-to-noise ratio decreases.
Results: We show that the wavelength-dependence of n may be employed to separate visually-classified early- and late-type galaxies in a manner similar to the use of colour and n. Furthermore, we find that the wavelength variation of n can recover galaxies that are misclassified by these other morphological proxies. Roughly half of the spiral galaxies that contaminate an early-type sample selected using (u - r) versus n can be correctly identified as late-types by N, the ratio of n measured in two different bands. Using a set of artificially redshifted images, we show that this technique remains effective up to z ~ 0.1. Therefore, N can be used to achieve purer samples of early-types and more complete samples of late-types than using a colour-n cut alone. We also study the suitability of ℛ, the ratio of Re in two different bands, as a morphological classifier, but find that the average sizes of both early- and late-type galaxies do not change substantially over optical wavelengths. 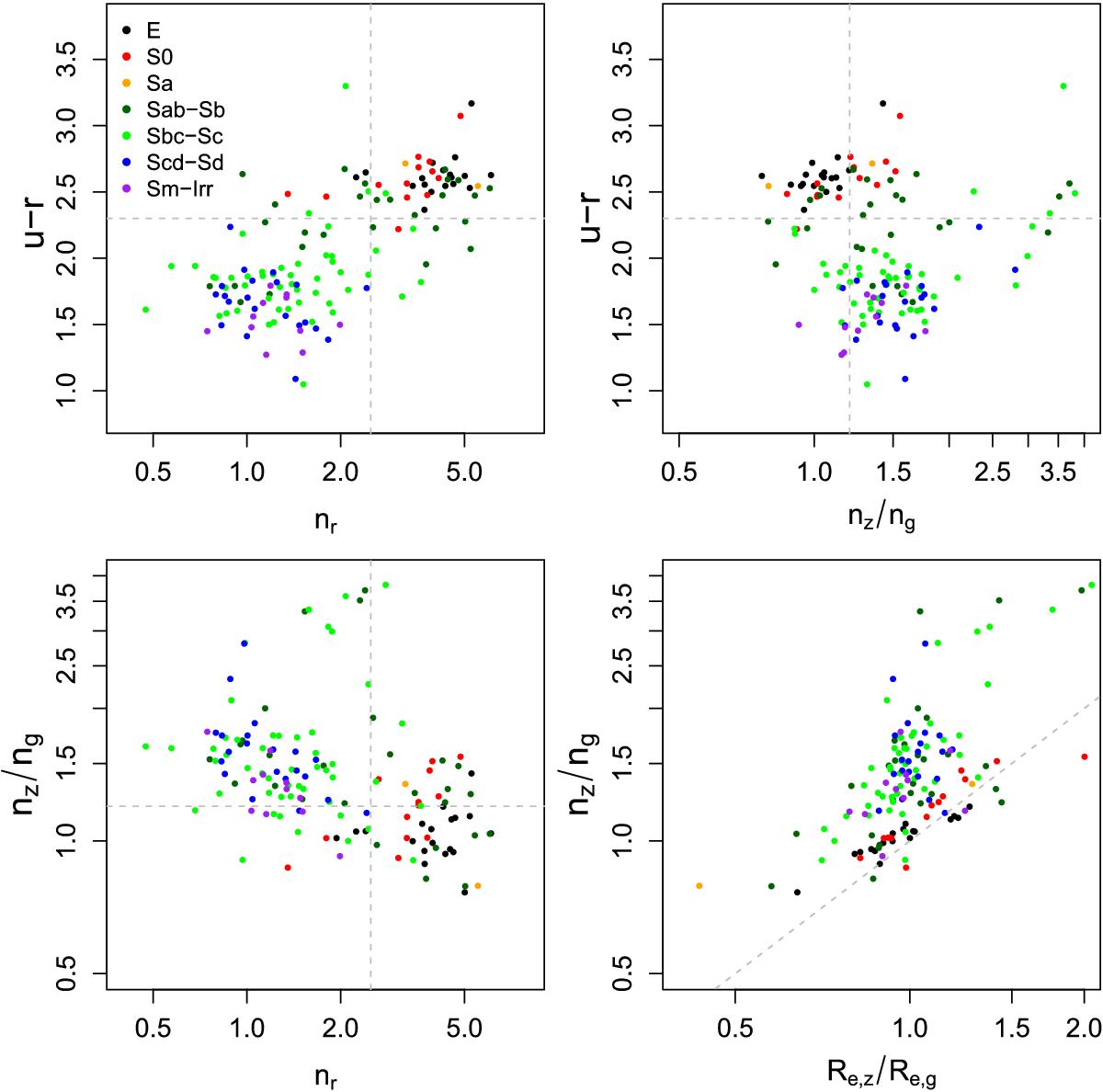