We investigate the source of the discrepancy between R-matrix and distorted-wave (DW) collision strengths for J - J' = 0-0 transitions in Mg-like ions, for example 3s21S0-3p21S0, as reported previously. We find it to be due to the neglect of coupling, for example via 3s3p 1P1, as done by most DW codes. We have implemented an option to account for such coupling as a perturbation within the autostructure DW code. This removes the discrepancy of a factor ~10 and ~100 for Fe14 + and S4 +, respectively, for such transitions. The neglect of coupling would have affected (to some degree) the atomic data for a few weak optically forbidden transitions in other isoelectronic sequences if they were calculated with DW codes such as FAC and HULLAC. In addition, we compare the Fe14 + line intensities predicted with the R-matrix collision strengths against observations of solar active regions and flares; they agree well. For Fe14 +, we suggest that the best density diagnostic ratio is 327.0/321.8 Å. 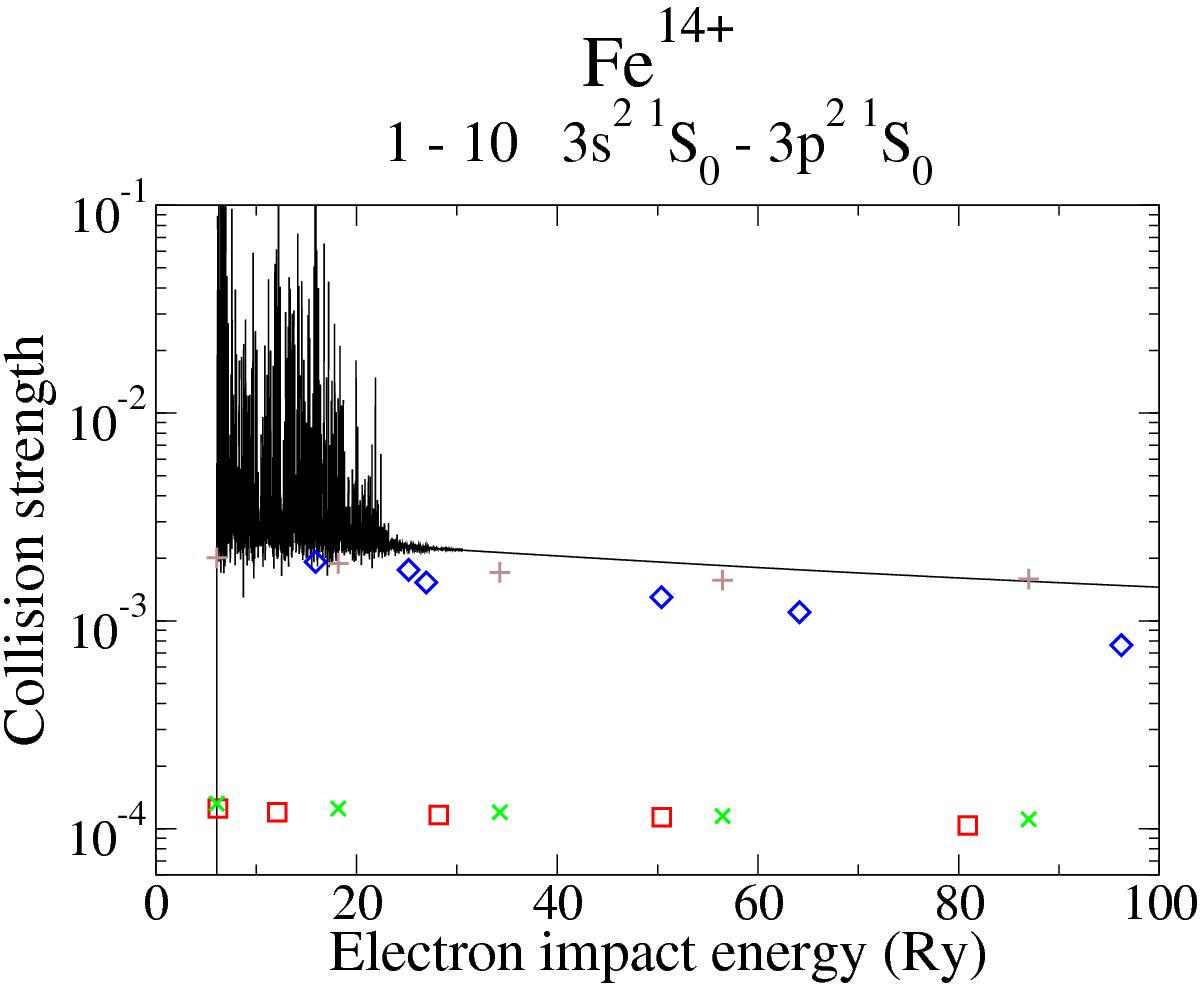