Aims: We present a new microscopic hadron-quark hybrid equation of state model for astrophysical applications, from which compact hybrid star configurations are constructed. These are composed of a quark core and a hadronic shell with a first-order phase transition at their interface. The resulting mass-radius relations are in accordance with the latest astrophysical constraints.
Methods: The quark matter description is based on a quantum chromodynamics (QCD) motivated chiral approach with higher-order quark interactions in the Dirac scalar and vector coupling channels. For hadronic matter we select a relativistic mean-field equation of state with density-dependent couplings. Since the nucleons are treated in the quasi-particle framework, an excluded volume correction has been included for the nuclear equation of state at suprasaturation density which takes into account the finite size of the nucleons.
Results: These novel aspects, excluded volume in the hadronic phase and the higher-order repulsive interactions in the quark phase, lead to a strong first-order phase transition with large latent heat, i.e. the energy-density jump at the phase transition, which fulfils a criterion for a disconnected third-family branch of compact stars in the mass-radius relationship. These twin stars appear at high masses (~2 M☉) that are relevant for current observations of high-mass pulsars.
Conclusions: This analysis offers a unique possibility by radius observations of compact stars to probe the QCD phase diagram at zero temperature and large chemical potential and even to support the existence of a critical point in the QCD phase diagram. 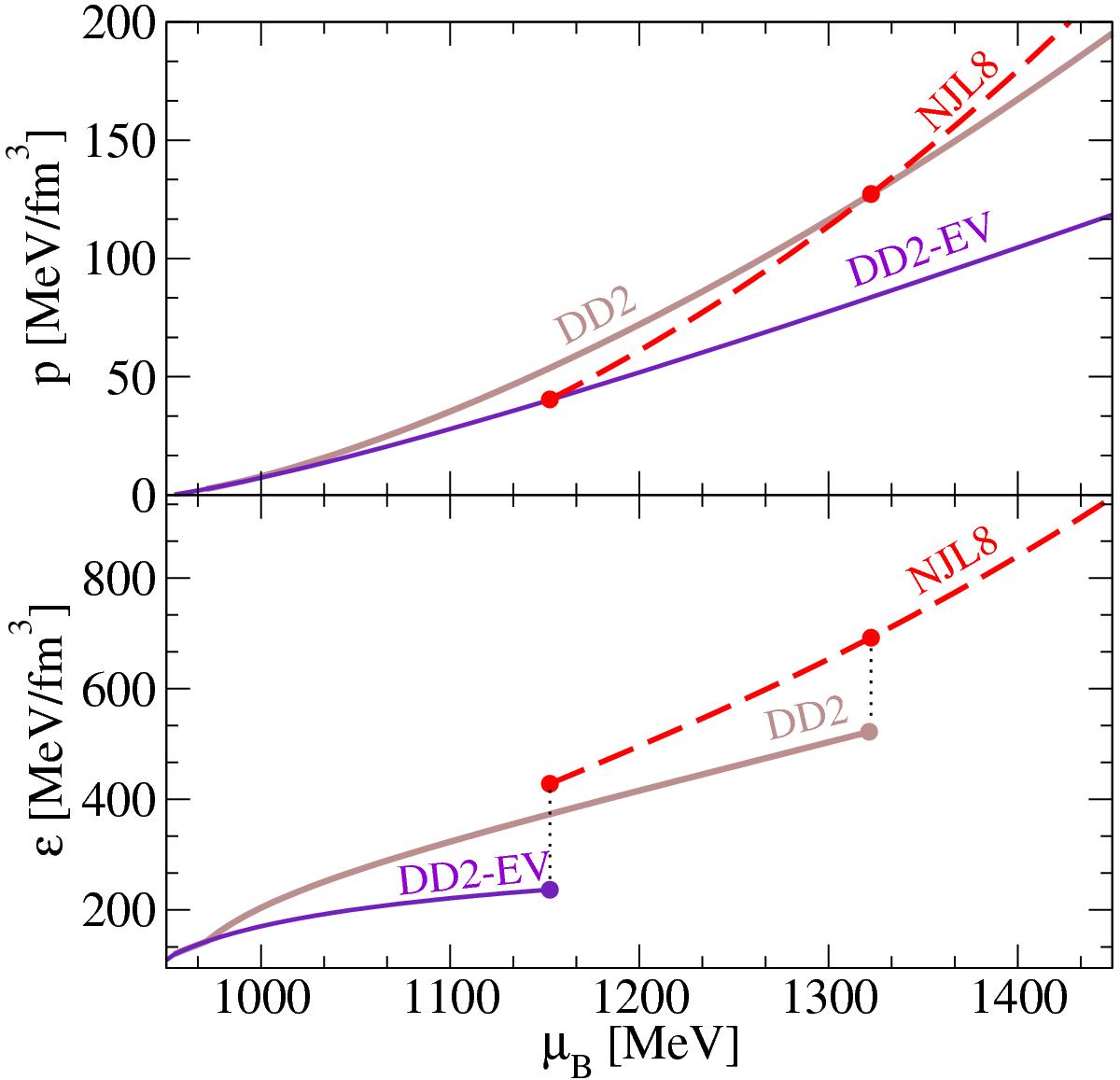