Anatomy of the AGN in NGC 5548. II. The spatial, temporal, and physical nature of the outflow from HST/COS Observations

Context. AGN outflows are thought to influence the evolution of their host galaxies and of super massive black holes. Our deep multiwavelength campaign on NGC 5548 has revealed a new, unusually strong X-ray obscuration, accompanied by broad UV absorption troughs observed for the first time in this object. The X-ray obscuration caused a dramatic decrease in the incident ionizing flux on the outflow that produces the long-studied narrow UV absorption lines in this AGN. The resulting data allowed us to construct a comprehensive physical, spatial, and temporal picture for this enduring AGN wind.
Aims: We aim to determine the distance of the narrow UV outflow components from the central source, their total column-density, and the mechanism responsible for their observed absorption variability.
Methods: We study the UV spectra acquired during the campaign, as well as from four previous epochs (1998-2011). Our main analysis tools are ionic column-density extraction techniques, photoionization models based on the code CLOUDY, and collisional excitation simulations.
Results: A simple model based on a fixed total column-density absorber, reacting to changes in ionizing illumination, matches the very different ionization states seen in five spectroscopic epochs spanning 16 years. The main component of the enduring outflow is situated at 3.5 ± 1.1 pc from the central source, and its distance and number density are similar to those of the narrow-emitting-line region in this object. Three other components are situated between 5-70 pc and two are farther than 100 pc. The wealth of observational constraints and the anti-correlation between the observed X-ray and UV flux in the 2002 and 2013 epochs make our physical model a leading contender for interpreting trough variability data of quasar outflows.
Conclusions: This campaign, in combination with prior UV and X-ray data, yields the first simple model that can explain the physical characteristics and the substantial variability observed in an AGN outflow. 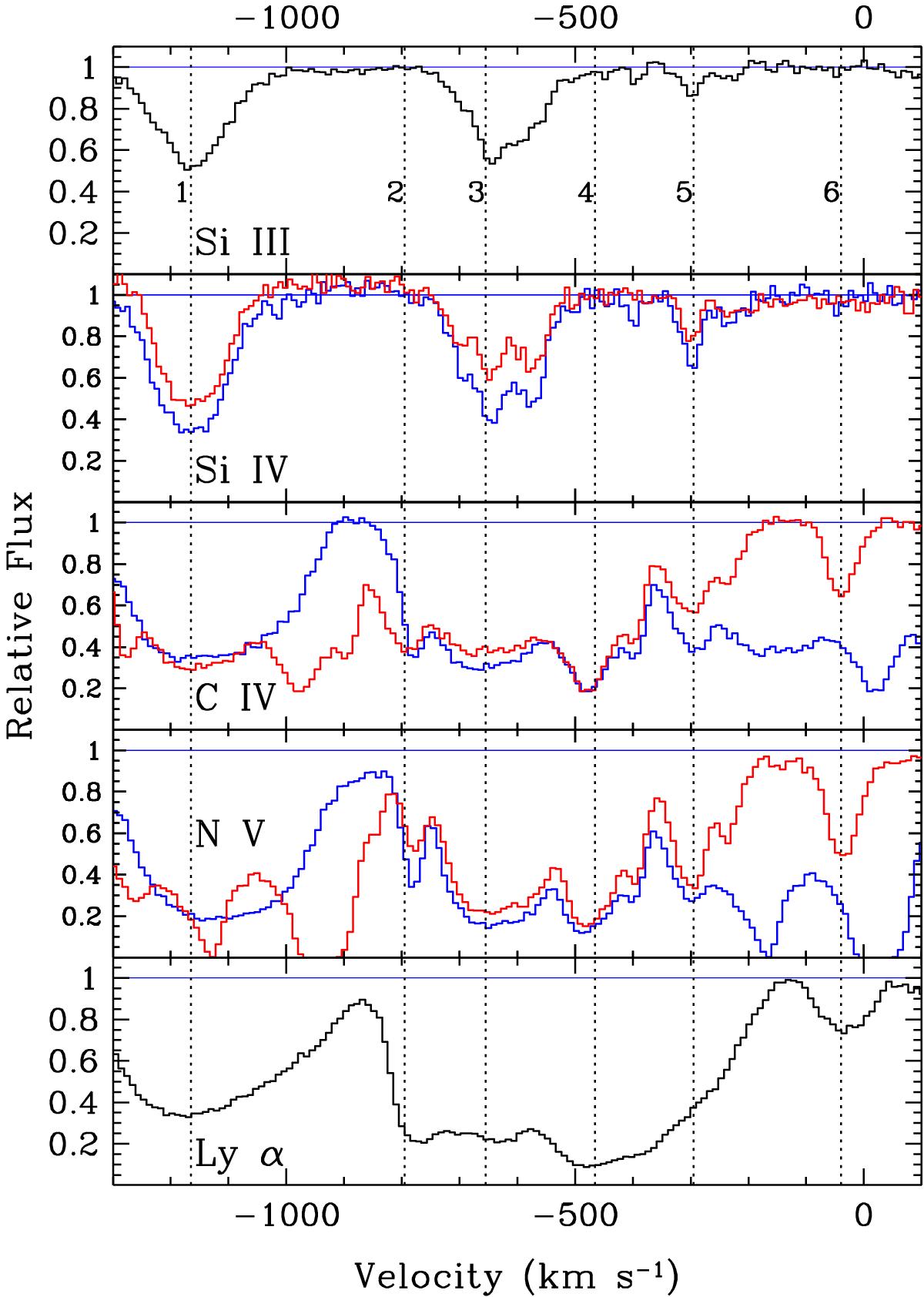