Young [α/Fe]-enhanced stars discovered by CoRoT and APOGEE: What is their origin?

We report the discovery of a group of apparently young CoRoT red-giant stars exhibiting enhanced [α/Fe] abundance ratios (as determined from APOGEE spectra) with respect to solar values. Their existence is not explained bystandard chemical evolution models of the Milky Way, and shows that the chemical-enrichment history of the Galactic disc is more complex. We find similar stars in previously published samples for which isochrone-ages could be reliably obtained, although in smaller relative numbers. This might explain why these stars have not previously received attention. The young [α/Fe]-rich stars are much more numerous in the CoRoT-APOGEE (CoRoGEE) inner-field sample than in any other high-resolution sample available at present because only CoRoGEE can explore the inner-disc regions and provide ages for its field stars. The kinematic properties of the young [α/Fe]-rich stars are not clearly thick-disc like, despite their rather large distances from the Galactic mid-plane. Our tentative interpretation of these and previous intriguing observations in the Milky Way is that these stars were formed close to the end of the Galactic bar, near corotation - a region where gas can be kept inert for longer times than in other regions that are more frequently shocked by the passage of spiral arms. Moreover, this is where the mass return from older inner-disc stellar generations is expected to be highest (according to an inside-out disc-formation scenario), which additionally dilutes the in-situ gas. Other possibilities to explain these observations (e.g., a recent gas-accretion event) are also discussed. 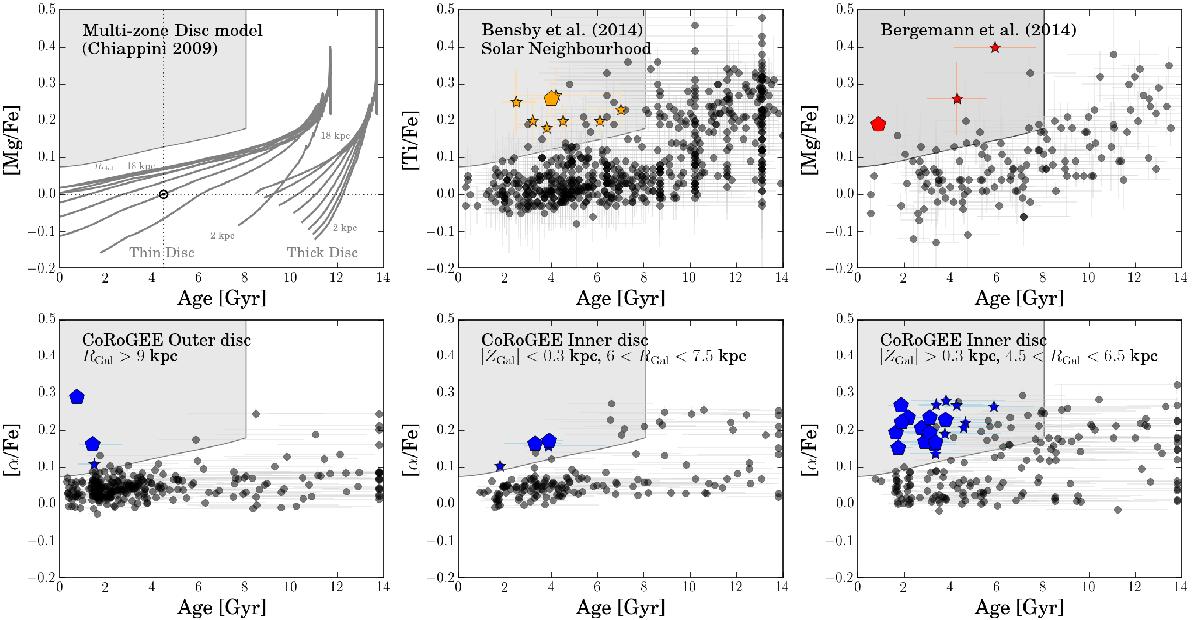