Evidence for a spectroscopic direct detection of reflected light from

Context. The detection of reflected light from an exoplanet is a difficult technical challenge at optical wavelengths. Even though this signal is expected to replicate the stellar signal, not only is it several orders of magnitude fainter, but it is also hidden among the stellar noise.
Aims: We apply a variant of the cross-correlation technique to HARPS observations of 51 Peg to detect the reflected signal from planet .
Methods: Our method makes use of the cross-correlation function (CCF) of a binary mask with high-resolution spectra to amplify the minute planetary signal that is present in the spectra by a factor proportional to the number of spectral lines when performing the cross correlation. The resulting cross-correlation functions are then normalized by a stellar template to remove the stellar signal. Carefully selected sections of the resulting normalized CCFs are stacked to increase the planetary signal further. The recovered signal allows probing several of the planetary properties, including its real mass and albedo.
Results: We detect evidence for the reflected signal from planet at a significance of 3σnoise. The detection of the signal permits us to infer a real mass of 0.46+0.06-0.01 MJup (assuming a stellar mass of 1.04 MSun) for the planet and an orbital inclination of 80+10-19 degrees. The analysis of the data also allows us to infer a tentative value for the (radius-dependent) geometric albedo of the planet. The results suggest that may be an inflated hot Jupiter with a high albedo (e.g., an albedo of 0.5 yields a radius of 1.9 ± 0.3 RJup for a signal amplitude of 6.0 ± 0.4 × 10-5).
Conclusions: We confirm that the method we perfected can be used to retrieve an exoplanet's reflected signal, even with current observing facilities. The advent of next generation of instruments (e.g. VLT-ESO/ESPRESSO) and observing facilities (e.g. a new generation of ELT telescopes) will yield new opportunities for this type of technique to probe deeper into exoplanets and their atmospheres.

Based on observations made with ESO Telescopes at the La Silla Paranal Observatory under programme ID 091.C-0271 (with the HARPS spectrograph at the ESO 3.6 m telescope).The radial velocity data for the HARPS observations of 51 Pegasi are only available at the CDS via anonymous ftp to http://cdsarc.u-strasbg.fr (ftp://130.79.128.5) or via http://cdsarc.u-strasbg.fr/viz-bin/qcat?J/A+A/576/A134 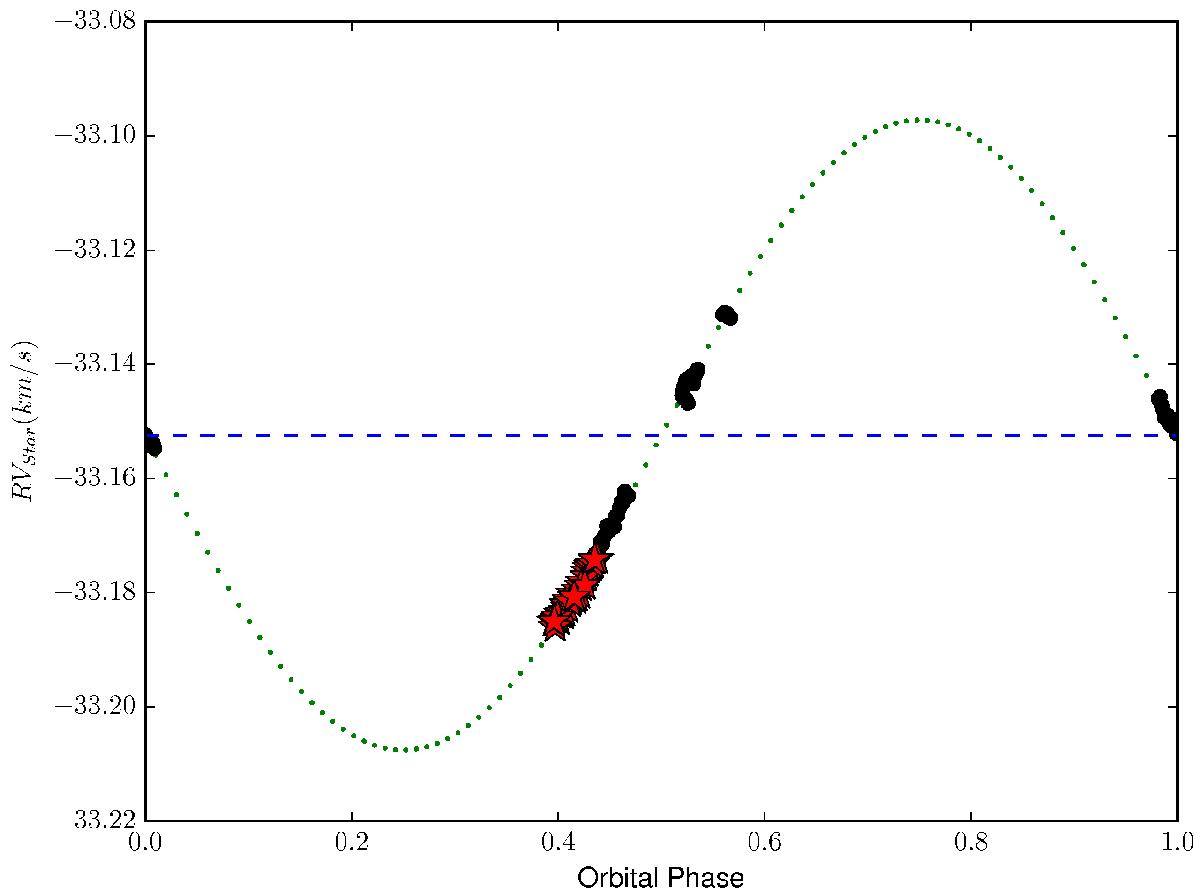