Impacts of pure shocks in the BHR71 bipolar outflow

Context. During the formation of a star, material is ejected along powerful jets that impact the ambient material. This outflow regulates star formation by e.g. inducing turbulence and heating the surrounding gas. Understanding the associated shocks is therefore essential to the study of star formation.
Aims: We present comparisons of shock models with CO, H2, and SiO observations in a "pure" shock position in the BHR71 bipolar outflow. These comparisons provide an insight into the shock and pre-shock characteristics, and allow us to understand the energetic and chemical feedback of star formation on Galactic scales.
Methods: New CO (Jup = 16, 11, 7, 6, 4, 3) observations from the shocked regions with the SOFIA and APEX telescopes are presented and combined with earlier H2 and SiO data (from the Spitzer and APEX telescopes). The integrated intensities are compared to a grid of models that were obtained from a magneto-hydrodynamical shock code, which calculates the dynamical and chemical structure of these regions combined with a radiative transfer module based on the "large velocity gradient" approximation.
Results: The CO emission leads us to update the conclusions of our previous shock analysis: pre-shock densities of 104 cm-3 and shock velocities around 20-25 km s-1 are still constrained, but older ages are inferred (~4000 years).
Conclusions: We evaluate the contribution of shocks to the excitation of CO around forming stars. The SiO observations are compatible with a scenario where less than 4% of the pre-shock SiO belongs to the grain mantles. We infer outflow parameters: a mass of 1.8 × 10-2 M⊙ was measured in our beam, in which a momentum of 0.4 M⊙ km s-1 is dissipated, corresponding to an energy of 4.2 × 1043 erg. We analyse the energetics of the outflow species by species. Comparing our results with previous studies highlights their dependence on the method: H2 observations only are not sufficient to evaluate the mass of outflows. 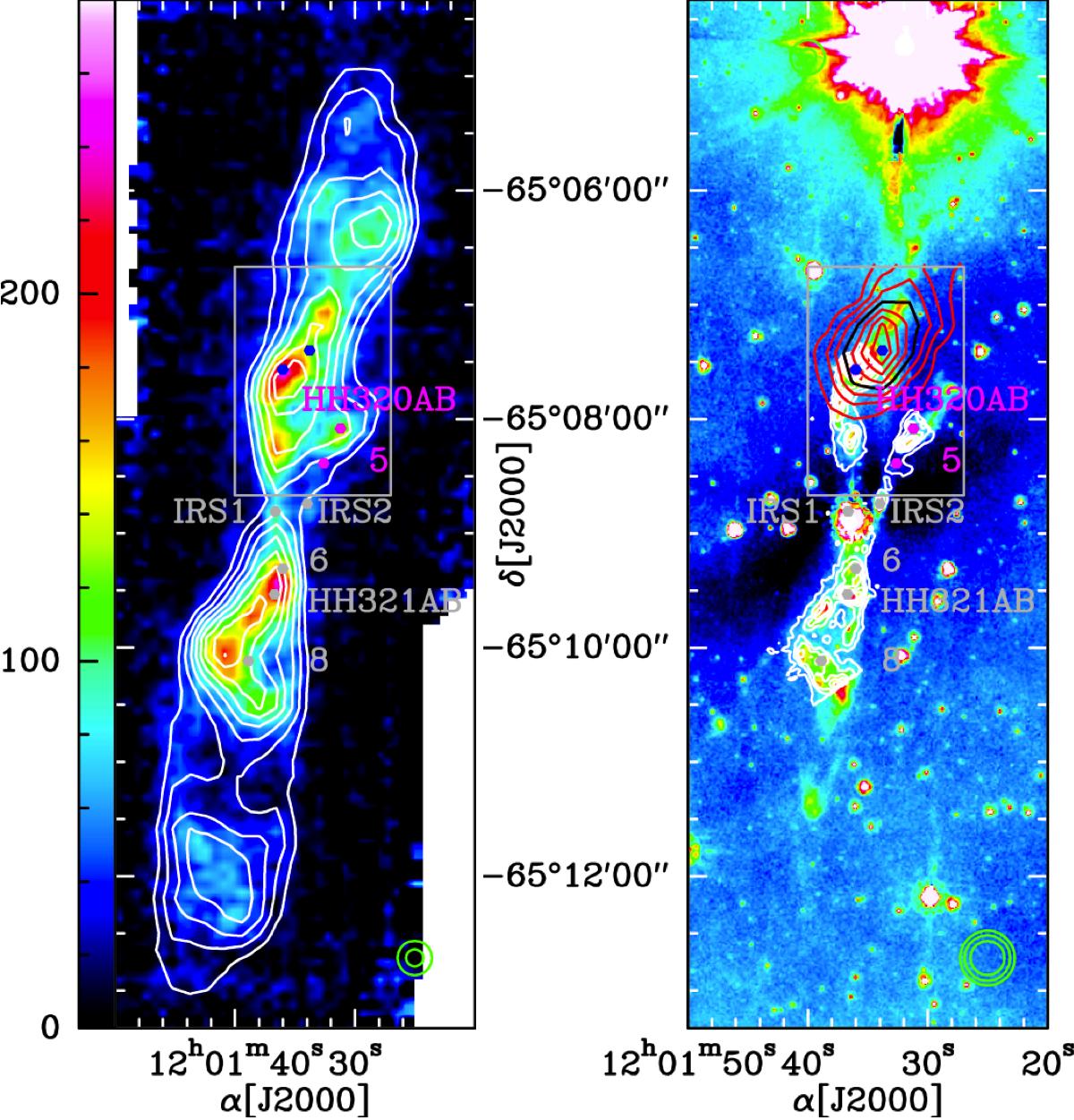