Radial-velocity observations of Kepler candidates obtained with the SOPHIE and HARPS-N spectrographs have permitted unveiling the nature of the five giant planets Kepler-41b, Kepler-43b, Kepler-44b, Kepler-74b, and Kepler-75b, the massive companion Kepler-39b, and the brown dwarf KOI-205b. These companions were previously characterized with long-cadence (LC) Kepler data. Here we aim at refining the parameters of these transiting systems by i) modelling the published radial velocities and Kepler short-cadence (SC) data that provide a much better sampling of the transits; ii) performing new spectral analyses of the SOPHIE and ESPaDOnS spectra, after improving our procedure for selecting and co-adding the SOPHIE spectra of faint stars (Kp ≳ 14); and iii) improving stellar rotation periods hence stellar age estimates through gyrochronology, when possible, by using all the available LC data up to quarter Q17. Posterior distributions of the system parameters were derived with a differential evolution Markov chain Monte Carlo approach. Our main results are as follows: a) Kepler-41b is significantly larger and less dense than previously found because a lower orbital inclination is favoured by SC data. This also affects the determination of the geometric albedo that is lower than previously derived: Ag< 0.135; b) Kepler-44b is moderately smaller and denser than reported in the discovery paper, as a consequence of the slightly shorter transit duration found with SC data; c) good agreement was achieved with published Kepler-43, Kepler-75, and KOI-205 system parameters, although the host stars Kepler-75 and KOI-205 were found to be slightly richer in metals and hotter, respectively; d) the previously reported non-zero eccentricities of Kepler-39b and Kepler-74b might be spurious. If their orbits were circular, the two companions would be smaller and denser than in the eccentric case. The radius of Kepler-39b is still larger than predicted by theoretical isochrones. Its parent star is hotter and richer in metals than previously determined.

Tables 2-8 are available in electronic form at http://www.aanda.org 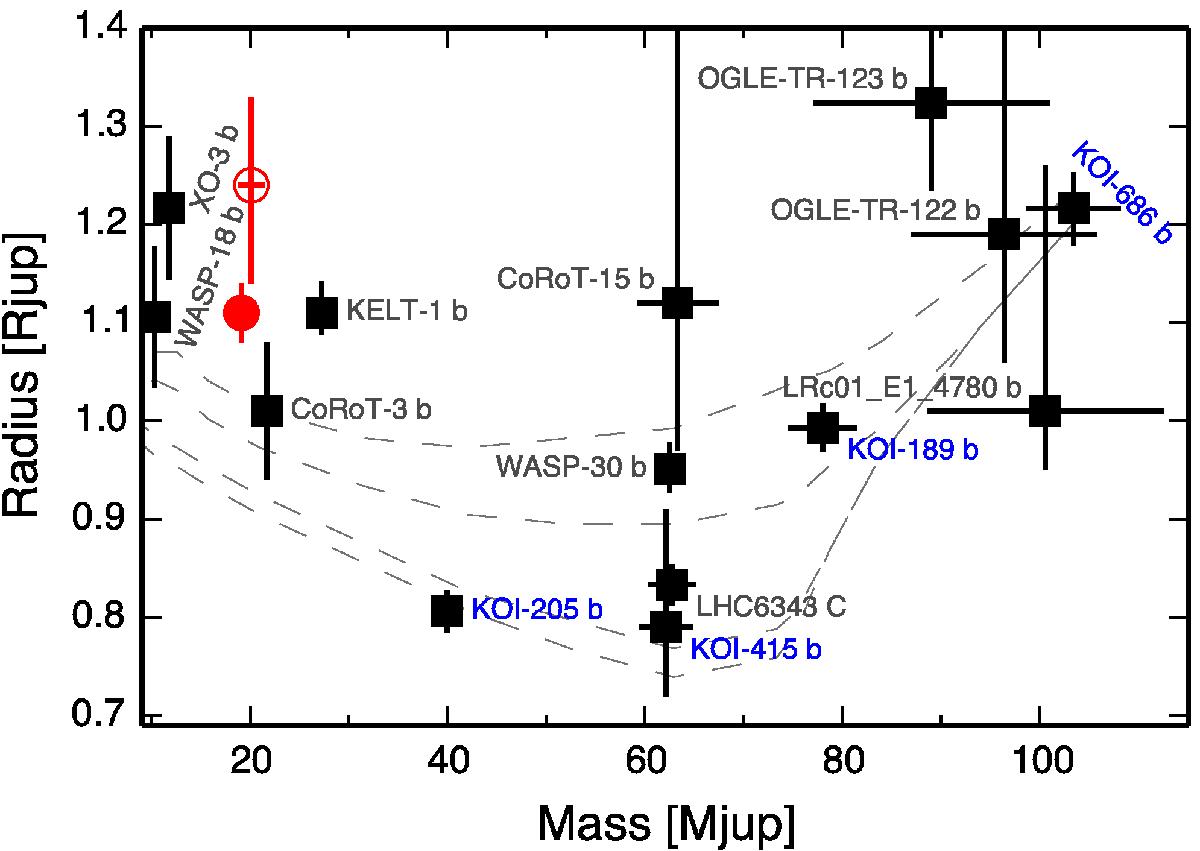