Context. The post-main-sequence evolution of massive stars is very sensitive to many parameters of the stellar models. Key parameters are the mixing processes, the metallicity, the mass-loss rate, and the effect of a close companion.
Aims: We study the change in the red supergiant (RSG) lifetimes, the tracks in the Hertzsprung-Russel diagram (HRD), the positions in this diagram of the pre-supernova progenitor and the structure of the stars at that time for various mass-loss rates during the RSG phase and for two different initial rotation velocities.
Methods: Stellar models were computed with the Geneva code for initial masses between 9 and 25 M☉ at solar metallicity (Z = 0.014) with 10 times and 25 times the standard mass-loss rates during the RSG phase, with and without rotation.
Results: The surface abundances of RSGs are much more sensitive to rotation than to the mass-loss rates during that phase. A change of the RSG mass-loss rate has a strong impact on the RSG lifetimes and in turn on the luminosity function of RSGs. An observed RSG is associated with a model of higher initial mass when models with an enhanced RSG mass-loss rate are used to deduce that mass. At solar metallicity, models with an enhanced mass-loss rate produce significant changes in the populations of blue, yellow, and RSGs. When extended blue loops or blueward excursions are produced by enhanced mass-loss, the models predict that a majority of blue (yellow) supergiants are post-RSG objects. These post-RSG stars are predicted to show much lower surface rotational velocities than similar blue supergiants on their first crossing of the HR gap. Enhanced mass-loss rates during the RSG phase have little impact on the Wolf-Rayet populations. The position in the HRD of the end point of the evolution depends on the mass of the hydrogen envelope. More precisely, whenever at the pre-supernova stage the H-rich envelope contains more than about 5% of the initial mass, the star is a RSG, and whenever the H-rich envelope contains less than 1% of the total mass, the star is a blue supergiant. For intermediate situations, intermediate colors and effective temperatures are obtained. Yellow progenitors for core-collapse supernovae can be explained by models with an enhanced mass-loss rate, while the red progenitors are better fitted by models with the standard mass-loss rate. 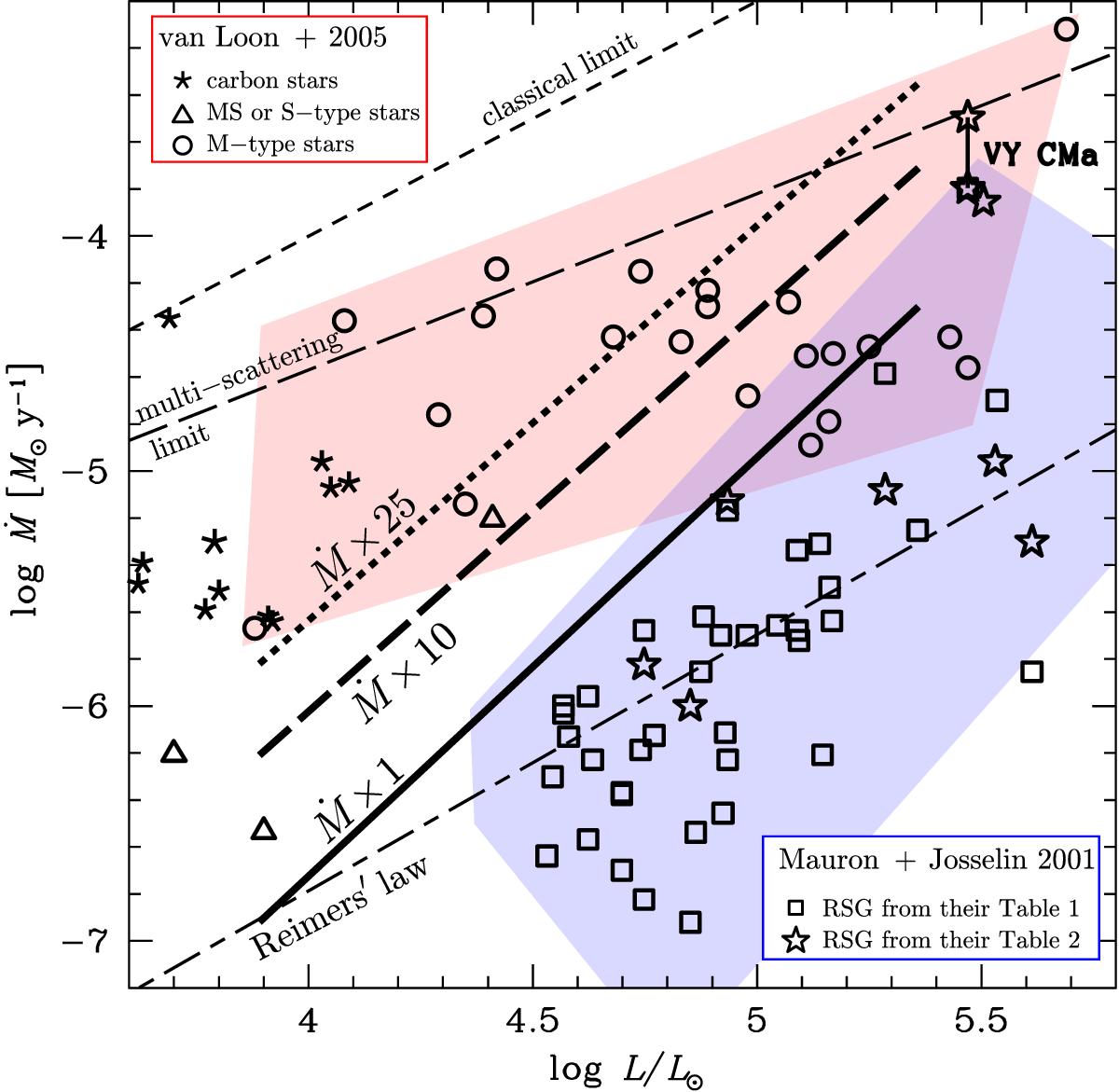