Context. With the current study we aim at understanding the properties of radio emission and the assumed jet from four radio-loud and γ-ray-loud narrow-line Seyfert 1 galaxies that have been detected by Fermi. These are Seyfert 1 galaxies with emission lines at the low end of the FWHM distribution.
Aims: The ultimate goal is twofold: first we investigate whether a relativistic jet is operating at the source producing the radio output, and second, we quantify the jet characteristics to understand possible similarities with and differences from the jets found in typical blazars.
Methods: We relied on the most systematic monitoring of radio-loud and γ-ray-detected narrow-line Seyfert 1 galaxies in the cm and mm radio bands conducted with the Effelsberg 100 m and IRAM 30 m telescopes. It covers the longest time-baselines and the most radio frequencies to date. This dataset of multi-wavelength, long-term radio light-curves was analysed from several perspectives. We developed a novel algorithm to extract sensible variability parameters (mainly amplitudes and time scales) that were then used to compute variability brightness temperatures and the corresponding Doppler factors. The jet powers were computed from the light curves to estimate the energy output and compare it with that of typical blazars. The dynamics of radio spectral energy distributions were examined to understand the mechanism causing the variability.
Results: The length of the available light curves for three of the four sources in the sample allowed a firm understanding of the general behaviour of the sources. They all display intensive variability that appears to be occurring at a pace rather faster than what is commonly seen in blazars. The flaring events become progressively more prominent as the frequency increases and show intensive spectral evolution that is indicative of shock evolution. The variability brightness temperatures and the associated Doppler factors are moderate, implying a mildly relativistic jet. The computed jet powers show very energetic flows. The radio polarisation in one case clearly implies a quiescent jet underlying recursive flaring activity. Finally, in one case, the sudden disappearance of a γ-ray flare below some critical frequency in our band needs a more detailed investigation of the possible mechanism causing the evolution of broadband events.
Conclusions: Despite the generally lower flux densities, the sources appear to show all typical characteristics seen in blazars that are powered by relativistic jets, such as intensive variability, spectral evolution across the different bands following evolutionary paths explained by travelling shocks, and Doppler factors indicating mildly relativistic speeds. 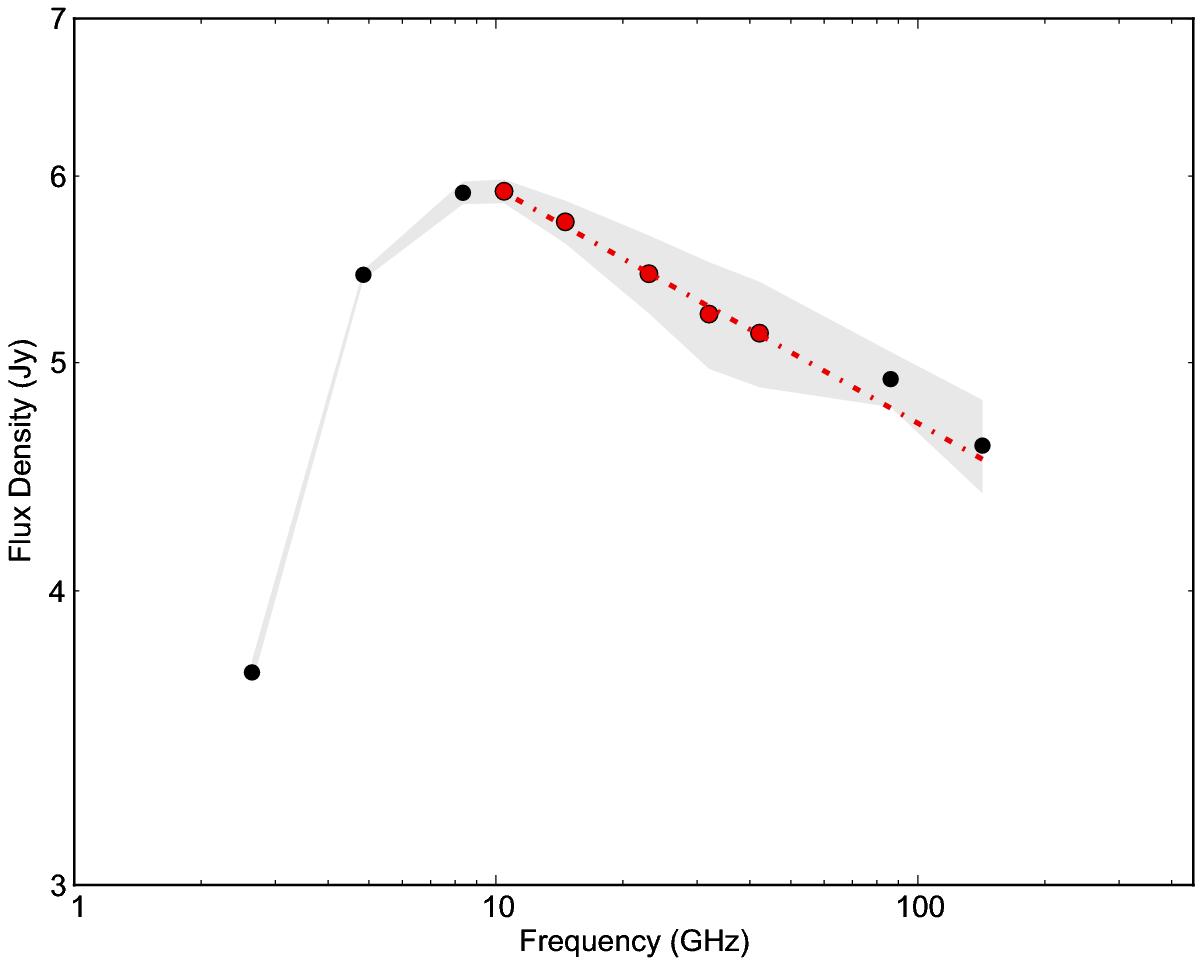